Home » Lifestyle » 'The Bachelorette' Features 2 Latina Leads This Season for First Time; Clare Crawley and Tayshia Adams Are Both Biracial

'The Bachelorette' Features 2 Latina Leads This Season for First Time; Clare Crawley and Tayshia Adams Are Both Biracial

Clare Crawley is Mexican on her mother’s side

While there really wasn’t a lot of commotion around Clare Crawley being the first-ever Latina Bachelorette, she is. Due to all of the rumors this summer, that was more of the selling point of the season.

As We Are Mitú reported in October, Crawley first entered onto the Bachelor Nation scene in 2014 during Juan Pablo’s season. In her intro video, she stated that she’s Mexican; her mother was born in Mexico. Her mom is now in a care facility because of her Alzheimer’s and dementia. This was a major focus of Crawley’s time as a lead. Her situation really shaped Clare’s desires and search for love.

In the 2014 intro video, viewers can also see her mom, Lilia, suggest she talk to Juan Pablo in Spanish, since he’s from Spain. We Are Mitú also pointed out that Crawley has posted about Mexican food in the past, and tweeted about being proud of Mexico.

Tayshia Adams is both Black and Mexican

Adams is coming into the season after Crawley fell head over heels for Dale Moss and got engaged during Week 4’s episode. She’s the second Black Bachelorette, after Rachel Lindsay, but she’s also biracial since her mother is also Mexican. And Tayshia talked to Entertainment Tonight’s Lauren Zima on Roses & Rosé on Nov. 9 about the “beautiful journey” it’s been.

“Not only am I the second African American Bachelorette but I’m biracial — I’m also Mexican — so it is just an amazing opportunity to have been given a platform for women that are like me to see somebody represented and for me to find love and just show what that looks like,” Adams said. “I am happy to have that platform to do so.”

After it was officially revealed on last week’s episode that Tayshia was stepping in, she’s been nothing but excited for that journey in interviews.

“I was also given the opportunity to date people that I might have not had the opportunity to,” Adams said. “And that’s the part for me that I honestly I keep saying I am so blessed because I met some fantastic men.” 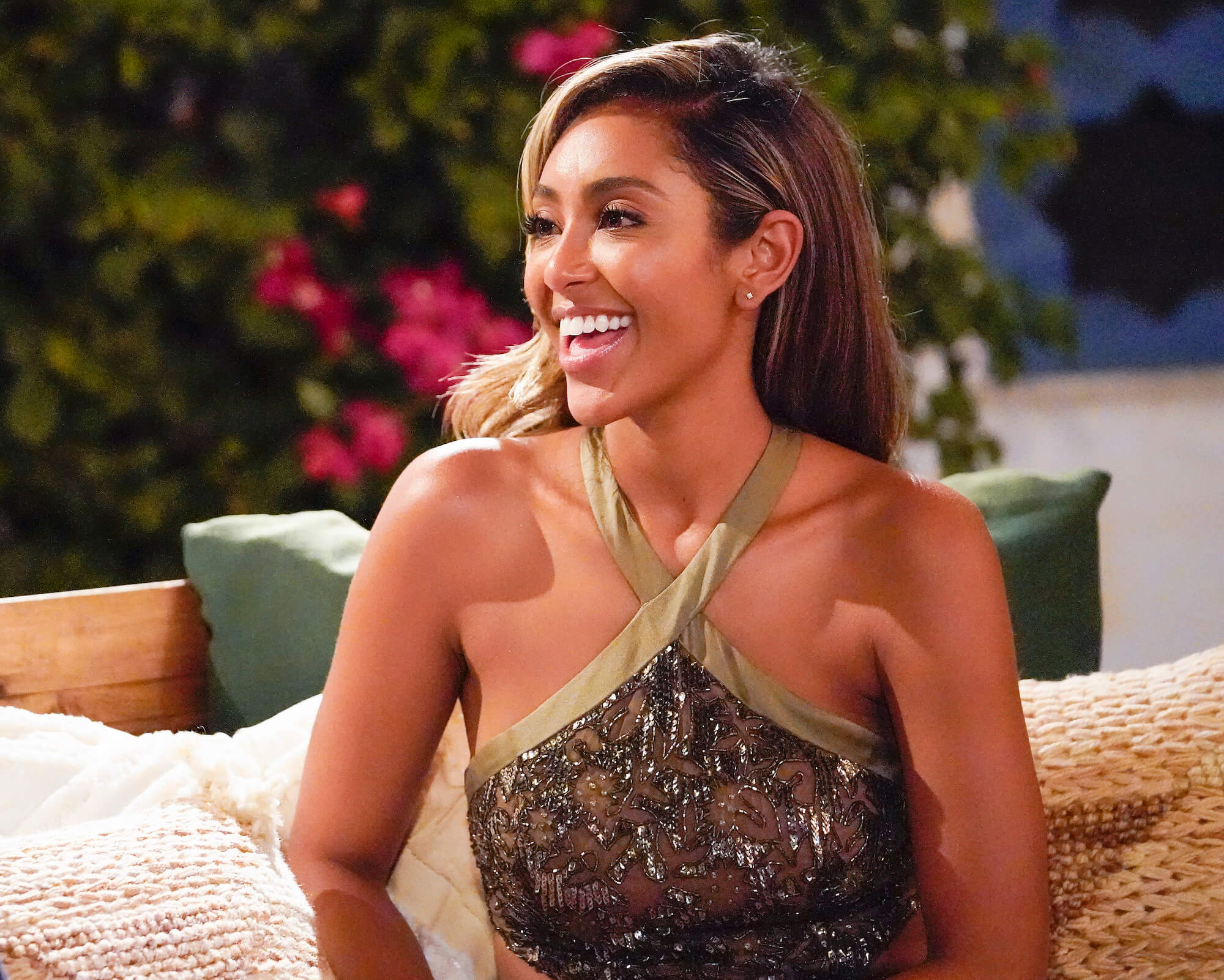 Lindsay was the very first Black Bachelorette — and Black lead — on the show in 2017. She’s also been such an outspoken member of Bachelor Nation when it comes to the show’s shortcomings in terms of racism. But she did pave the way for Adams to join the franchise, with Tayshia saying she wouldn’t have applied if it weren’t for Rachel.

“I’m from Orange County, California, so this is my world. And what I mean by that is I am very used to being the minority,” Adams said in August, according to Entertainment Tonight. “So, seeing someone on TV have such a strong role and identify with me meant so much.”

Adams went on to say that she was encouraged by Lindsay leading The Bachelorette that 13th season and ending up with a great guy like Bryan Abasolo.

“I think that’s what encouraged me to go on it, because she was so true and authentic to herself, and at the end of the day, she got her person,” Adams said. “She is … married now, and she got her fairy-tale ending, and that’s what I wanted. So, she gave us hope.”