Home » Lifestyle » The Bachelorette Preview: Michelle Admit Shes In Love With All 3 Men

The Bachelorette Preview: Michelle Admit Shes In Love With All 3 Men

Michelle Young is going to have a tough time eliminating someone on the Dec. 14 episode of ‘The Bachelorette.’ In this sneak peek, she says she’s already fallen in love with all three remaining guys.

It’s time for Michelle Young to head to the fantasy suites on the Dec. 14 episode of The Bachelorette. With just three guys left — Joe Coleman, Brandon Jones and Nayte Olukoya — Michelle’s season is winding down, and the breakups are getting harder and harder. A preview for this week’s episode reveals that Michelle is about to make her toughest decision yet. “I’ve now fallen in love with all three men,” Michelle admits in the sneak peek.

The preview also shows Brandon pulling Michelle aside at the rose ceremony, and then the Bachelorette breaking down in tears before heading back inside. “I have to send him home,” she says in a voiceover. Of course, it’s unclear who exactly she’s talking about at the time.

Another clip from the episode shows Michelle chatting with co-host Kaitlyn Bristowe about her final three guys. She reveals that Brandon already told her that he’s falling in love with her and that she said the same thing back. Michelle also confirms that Joe admitted to be falling in love with her, as well. With Nayte, though, the words haven’t come so easily. “He grew up in a family where they didn’t say, ‘I love you,’” Michelle explains. 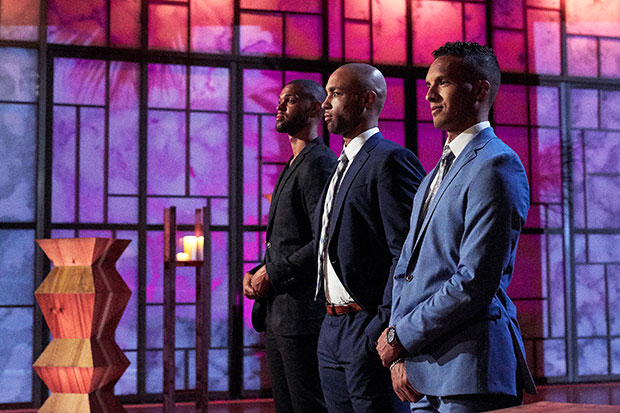 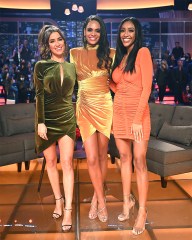 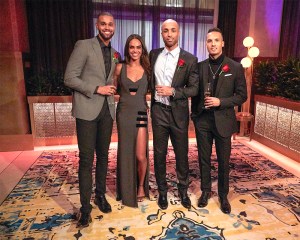 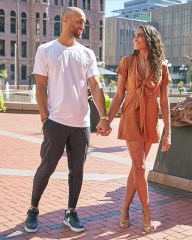 Obviously, Michelle’s heart is on the line, and she’s understandably worried about whether or not she could get hurt by Nayte. “For me, in a relationship, I do want to hear those words, especially with something as big as an engagement,” she admits. “Could I end up in a situation where I have fallen more for the other person once again?” Nayte got Michelle’s first impression rose this season, so she clearly connected with him right off the bat, and doesn’t seem willing to give that up. But, she’ll have to follow what her heart tells her is right.

After Michelle makes an elimination at the Dec. 14 rose ceremony, just two guys will remain. The season will conclude with a three hour finale, including an After the Final Rose special, on Tues. Dec. 21 at 8:00 p.m. on ABC.