The million-dollar entertainment industry most people haven’t heard of

Between them, the Eacott siblings have been seen by billions and have made millions. And they’re not even 30 yet.

Tannar, 24, is a YouTuber whose videos have been watched more than 150 million times and have attracted more than one million subscribers.

She’s following in the footsteps of her older brother, Lannan, more well known as LazarBeam, who in 2019 was the eighth most-viewed creator on YouTube and has 21.3 million subscribers across all his platforms and more than 7 billion views.

“People feel more connected when they know there aren’t layers of editing and production in between the person and audience. Now more than ever people want to feel connected,” Tannar said. 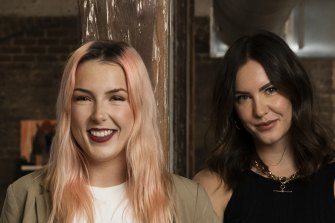 Grace Watkins saw the potential in the market when her younger brother’s “gaming hobby” evolved into a lucrative career right under their parents’ noses. Elliot Watkins left an internship at an elite law firm to pursue gaming and he’s now more commonly known as Muselk, or at least he is to his 9.28 million YouTube subscribers. 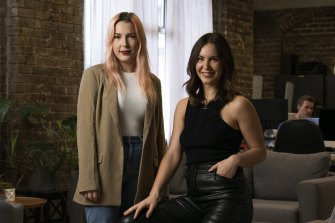 Watkins, who will appear on an online panel about internet safety on Tuesday night, said gaming and video platforms were the future of entertainment. Many parents still consider online platforms to be a negative or unhealthy influence due to their lack of regulation, Watkins said, but they also provide opportunities for young people.

“I’m trying to break the stigma around gaming. It’s an incredible connection tool for young teens, we’ve received so much feedback over COVID to say that isolated kids have found a way to make friends and find an element of lightness to their days,” she said.

“If your child is online, you can’t control what they consume and creating open and honest communication is more important than villainising the internet generally.”

Gaming live streaming platform Twitch is now one of the world’s biggest entertainment platforms, with 26.5 million daily users and an average of 93 billion minutes watched per month.

Watkins said the appeal of new content platforms was twofold. Millennials and Gen Zers had a strong “bullshit radar” and were more sensitive to advertising, and they were bored of traditional “manicured” entertainment like film, TV and radio.

“We’re living in a time where young people are overwhelmed by the number of ads they are seeing every day. They’ve developed a really good bullshit radar as to what ads look like and they distrust traditional forms of advertising and media as a result.”

“You don’t need to travel to LA, have expensive equipment or be well-connected to be a successful streamer or content creator on TikTok. Most people start out in their bedrooms in their room,” she said.

But there remains a gender imbalance in the industry. Watkins said women account for just 24 percent of those who work in online gaming content, although they make up half of Click Management.

Watkins said the imbalance would not be fixed by introducing quotas or elevating female creators but by focusing on changing the “environment” of the platforms and promoting good gamers “who happen to be women” rather than gamers because they are women.

She also acknowledged the relatability of the online world comes at a cost, and the industry would benefit from stricter protocols and codes of conduct.

In 2020, Click partnered with Benefit cosmetics to host the largest female gaming tournament in Australia, which remains the largest to be held in the world.

“We try to work with great talent that happen to be girls but I don’t think highlighting girls because of their gender does anything for the fact it’s a minority female industry,” she said.