TV program buyers are shifting tactics in the wake of a pandemic-disrupted year which has stalled production on high-profile US television shows and put studio audience-powered "shiny floor" entertainment formats out of action.

As a result the four-day "virtual" Mipcom, a digital reboot of the world's biggest content sales market, has been busier than expected. 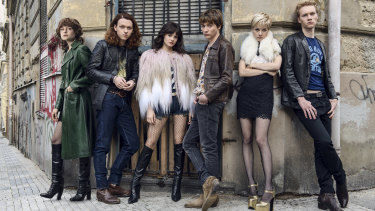 The cast of We Children From Bahnhof Zoo, one of the new programs generating buzz at this year’s “virtual” Mipcom.Credit:Fremantle

Royal Flying Doctors, the reboot of the 1980s Australian drama The Flying Doctors, is among the Australian titles being showcased at the market along with a new UK submarine thriller Vigil, an edgy new drama It's a Sin from Queer as Folk creator Russell T. Davies and a re-telling of the Christiane F. story, titled We Children From Bahnhof Zoo.

The 35-year-old television and content sales market, held annually in Cannes, France, is a long-standing date in the travel calendar of media executives. It was held online last week because of the COVID pandemic. Its smaller sibling, April's MipTV, was cancelled entirely.

Perhaps the biggest trend emerging from the market is a shift away from major US studio content, in part because of COVID-related production delays, but also because many studios now funnel content to their own direct-to-consumer platforms.

Production on the US editions of The Amazing Race and The Bachelorette has been delayed or abandoned, and specials, such as the Friends reunion on HBO Max, are on hold indefinitely. Other shows, such as The Handmaid's Tale, Stranger Things, Succession and The Morning Show are still suspended. And only a few, such as The Connors and Supernatural, have resumed filming. 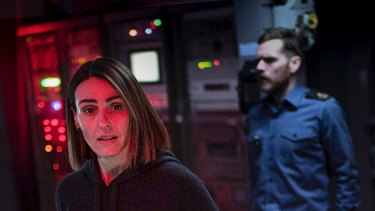 For Australian content sellers, like ABC Commercial, those delays are a potential boon. "North America really has embraced the virtual market, they're being very proactive," Jessica Ellis, head of ABC content sales and distribution, says. "They're reaching out seeing what we've got in the pipeline."

Ellis also says interest has surged in "co-viewing" content – that is, content which appeals to both parents and children – which she attributes to a viewing habit likely acquired during COVID lock down. "We've seen a huge shift from what used to be more kid-focused or kid-led decision-making to a lot more co-viewing," Ellis said.

Hamish Turner, program director at Nine (owner of this masthead), said broadcasters were likely supplementing the loss of scripted content with reality and factual programming.

"The rise of the streamers and the investment in drama has obviously put more pressure on the broadcasters and they're now having to look to alternatives," Turner said. "That probably means that for the US [the market] it is very bullish but for us, I think Australia doesn't have the same challenges." 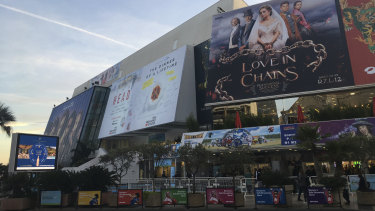 Not business as usual … the usual setting for Mipcom, the Palais des Festivals in Cannes, France.

While reaction from buyers is mixed, the general consensus is that the "virtual" Mipcom, without the packed exhibitor stands of the Palais des Festivals and the human traffic on the Boulevard de la Croisette, is busy but lacks "the hustle" which is a big part of the industry's deal-making.

"I feel a little bit like I'm working with one arm tied behind my back," SBS head of network programming Peter Andrews said. "The hustle of the physical market, bumping into someone, having a conversation where a seed is planted. That's not happening in the [virtual environment.]" 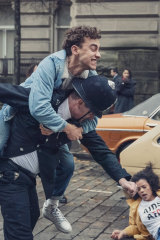 While this year's Mipcom lasted four days, the online platform which is servicing it will be in operation until mid-November. Ellis says the fullest measure of how successful the market has been may not be clear until then.

"It's a different type of strategy," Ellis says. "There's 6000 people registered, we can see that there's a lot of online sessions [but] by the time we get through what we need to get through, we probably won't know the benefit of the market until mid-November."

What is more, Paul Ridley, head of international distribution for Fremantle, says, the shift from a four-day on-ground market to the virtual space saps the focus on fast deal-making.

"Mipcom is a very intense market, [the digital market] is not the same but it's a pretty good second best," Ridley said. "It's hard for people to be focused because they're doing their day job as well."

Anna (Sky Italia; distributed by Fremantle)
Set in Sicily, in the aftermath of a pandemic which has wiped out all of the adults, leaving children to fend for themselves. 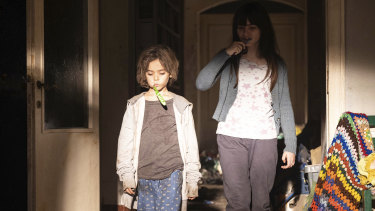 It's A Sin (Channel 4 and HBO Max; distributed by All3Media)
From Queer as Folk writer Russell T. Davies, a drama about young gay men dealing with the AIDS epidemic in the 1980s.

Vigil (BBC1, distributed by ITV Studios)
Big-budget thriller about a conspiracy which is unmasked in the wake of a death aboard a Trident nuclear submarine.

Roadkill (BBC1; distributed by All3Media)
Political thriller, starring Hugh Laurie, about a charismatic politician whose career is shaken by a series of scandals. 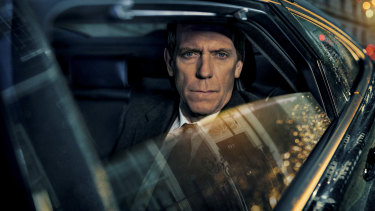 Finding Alice (ITV; distributed by StudioCanal)
A "blackly comic journey of grief" about a woman who loses her husband, starring Keeley Hawes and Joanna Lumley.

The Deadlands (TVNZ; distributed by NENT Studio)
Fantasy series about a dishonoured warrior who dies but his sent back from the afterlife to find redemption.