Lisa Marie Presley’s kids: Her 4 children and their fathers

On Sunday, Riley Keough will join her 14-year-old twin sisters and grandmother Priscilla at Graceland — her late grandfather’s legendary Memphis estate — for a memorial for her mother Lisa Marie Presley, family sources confirmed to Page Six.

A talented actress and director, the 33-year-old spent the past year by Lisa Marie’s side promoting the hit movie “Elvis,” directed by Baz Luhrman and starring Austin Butler.

Mother and daughter were seen together just four days before Lisa Marie’s death, while celebrating what would have been Elvis Presley’s’ 88th birthday at the Formosa Café in West Hollywood. Restaurant owner Bobby Green told Page Six how Riley and her mom sat “arm in arm” in Elvis’ favorite booth.

“They only time when they were separated was when Austin sat between them with his arm around both of them,” said Green. “It was such a loving, family feeling, with Austin and Baz. 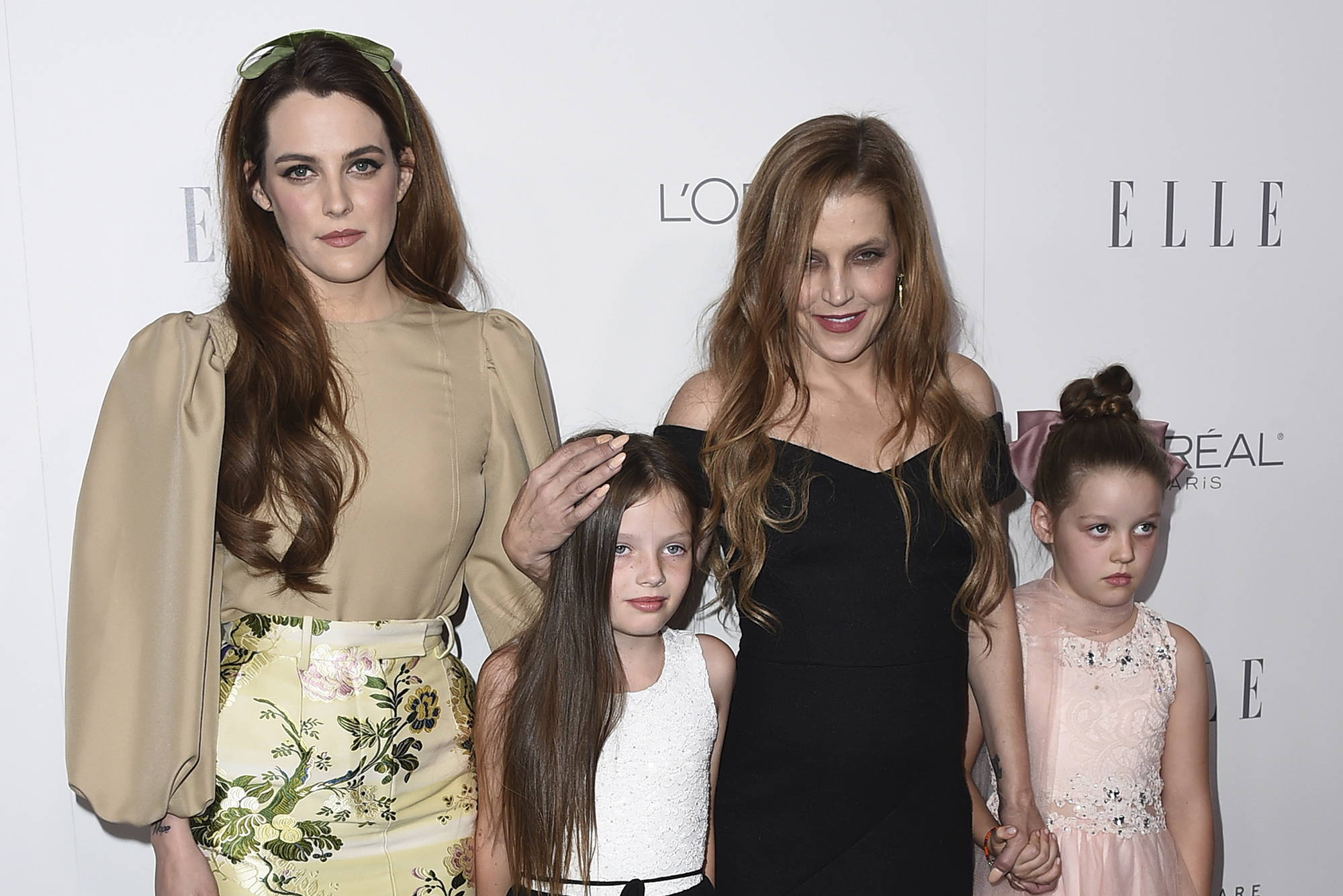 Now, any Oscar nominations will be clouded for Riley and the family by Lisa Marie’s passing.

Lisa Marie, 54, died of cardiac arrest on Jan. 12, just two and a half years after the tragic suicide of her son Benjamin at age 27. He and Riley, the children of Lisa Marie and first husband Danny Keough, were extremely close — so much so that Riley later honored her brother by getting his name tattooed on her collarbone and training to become a death doula in the hopes of providing comfort and support to dying people and their families. 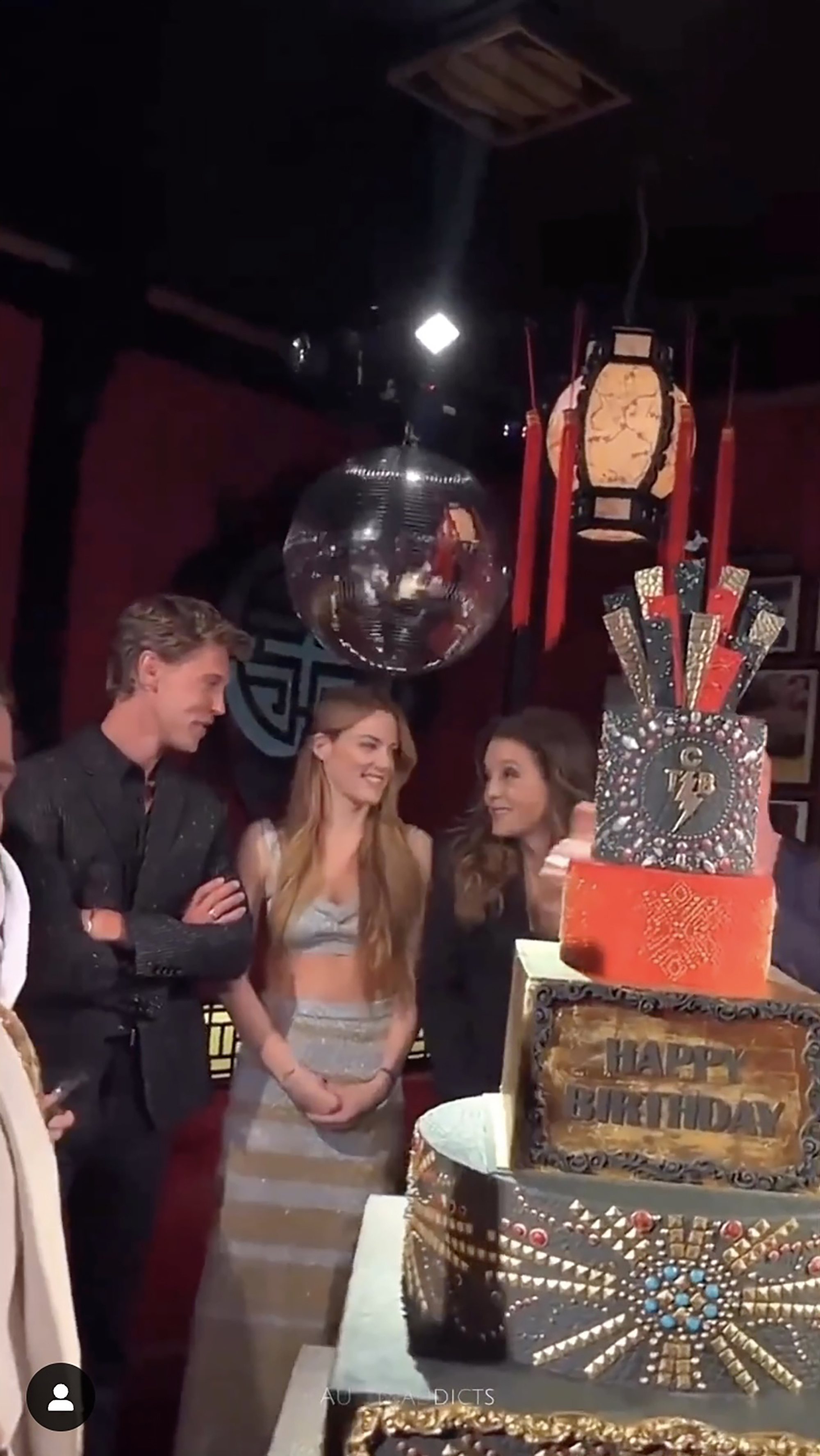 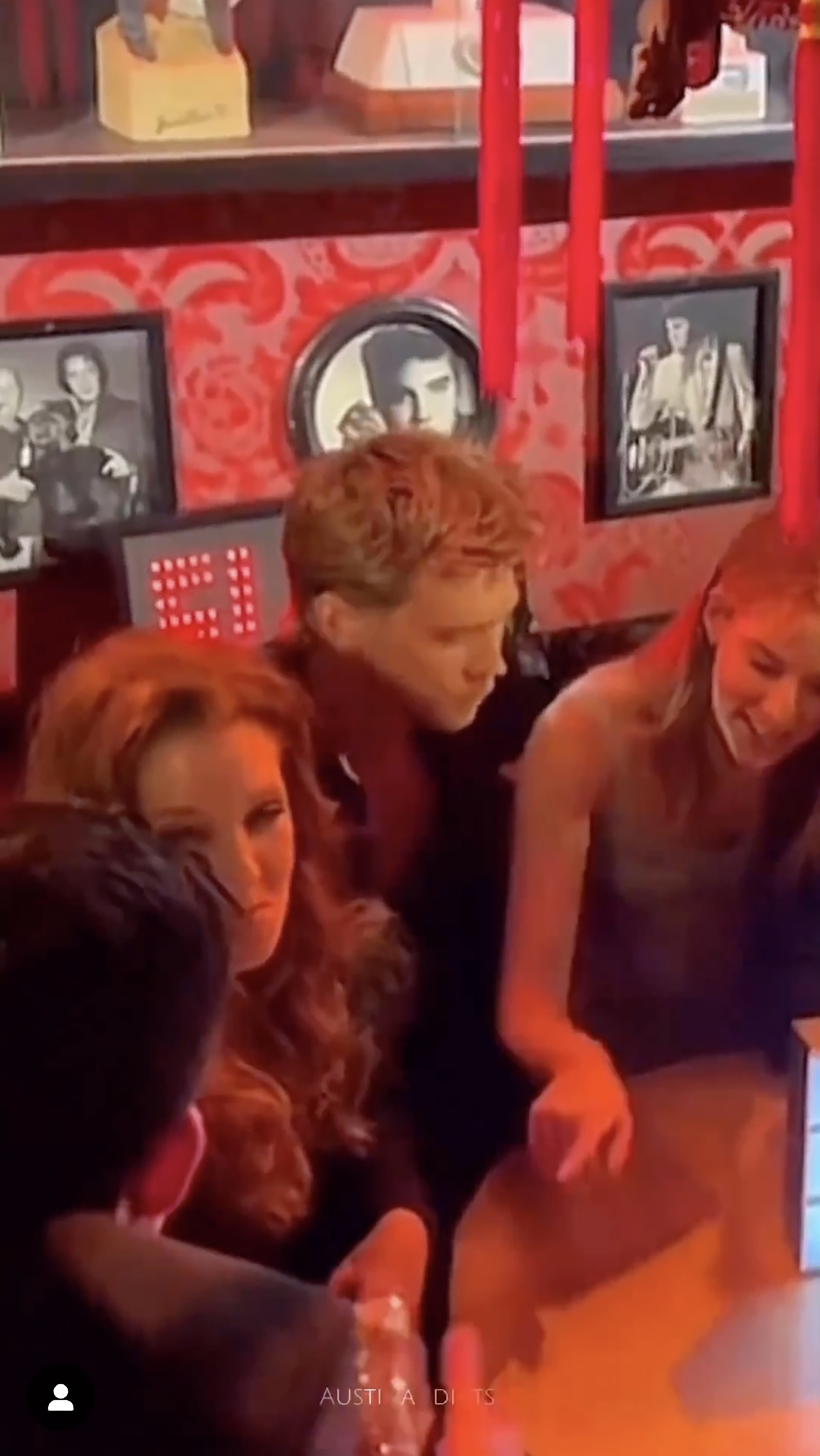 Over the past few years, Riley has built a flourishing Hollywood career, including acting roles in the Amazon Prime show “The Terminal List,” Starz’ “The Girlfriend Experience” and the movie “Zola.” Last year, “War Pony,” the movie she co-directed, won the prestigious Camera d’Or, given to the best first film at the Cannes Film Festival. Riley will soon star in Amazon’s hotly-anticipated adaptation of Taylor Jenkins Reid’s bestselling novel “Daisy Jones & The Six,” playing a free-spirited ’70s musician.

She has revealed how she took inspiration from her mom for the project.

“I was raised by somebody who did their own thing and didn’t really care what other people thought. She was definitely inspirational to me,” Riley added. 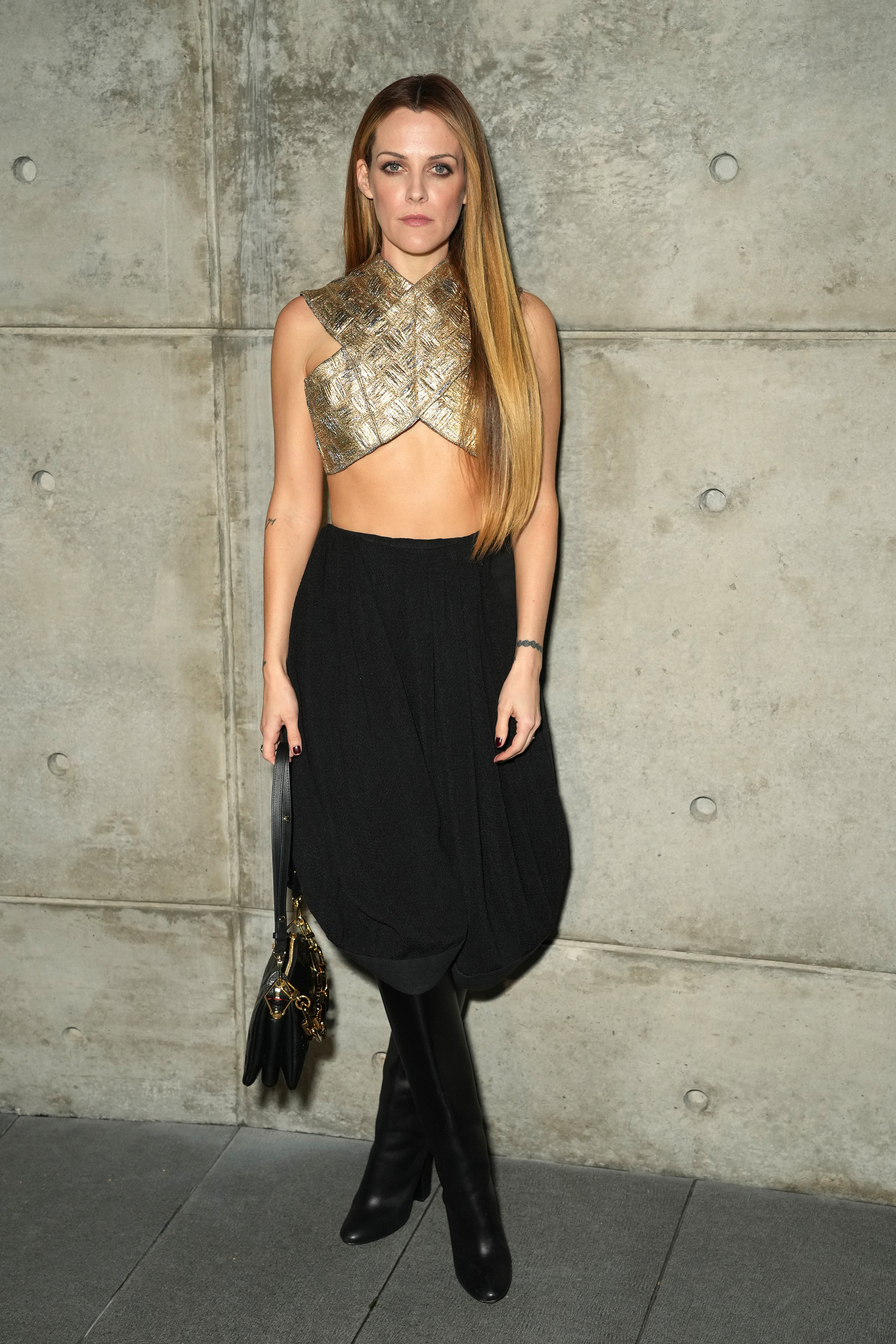 Born in Santa Monica, Calif., Riley was raised in Scientology by her mother and father, Danny, who is said to be considered church royalty of sorts, as his stepmother, Karen Hollander, was president of  Scientology’s International Celebrity Center in Los Angeles.

Nonetheless, as Riley told The Guardian in 2017, her father certainly doesn’t live like royalty.

“I “grew up very privileged with my mother, but my dad didn’t live like that. And I think experiencing both sides has been helpful. My father had mattresses on the floor of his apartments,” she said of Danny, a musician who has lived in Hawaii and Los Angeles. “He lived in cabins and trailer parks. He just didn’t have much money … When I was like eight I told him, ‘I want to grow up and be poor like you!’ He was eating a bowl of cereal. I didn’t realize how wildly offensive that was!” 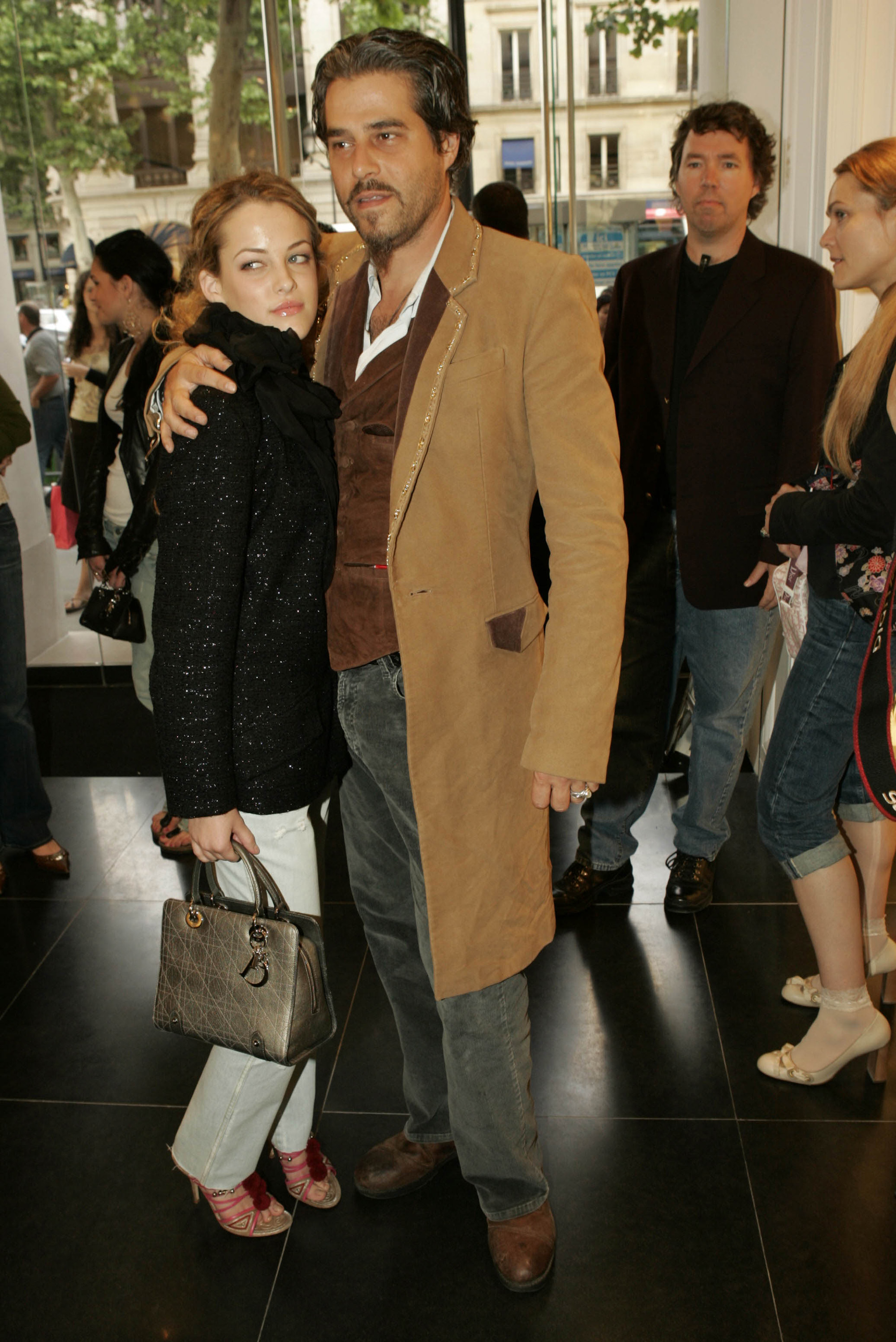 With her mom, Riley lived in Southern California — including, during Lisa Marie’s 1994-1996 marriage to Michael Jackson, at Neverland Ranch — as well as Clearwater, Fla., headquarters of Scientology.

After Lisa Marie’s death, Page Six revealed how Lisa Marie was first introduced to Scientology as a young child by her mother, Priscilla. But Lisa Marie allegedly left the church in 2012 after a fall-out with Scientology leader David Miscavige. 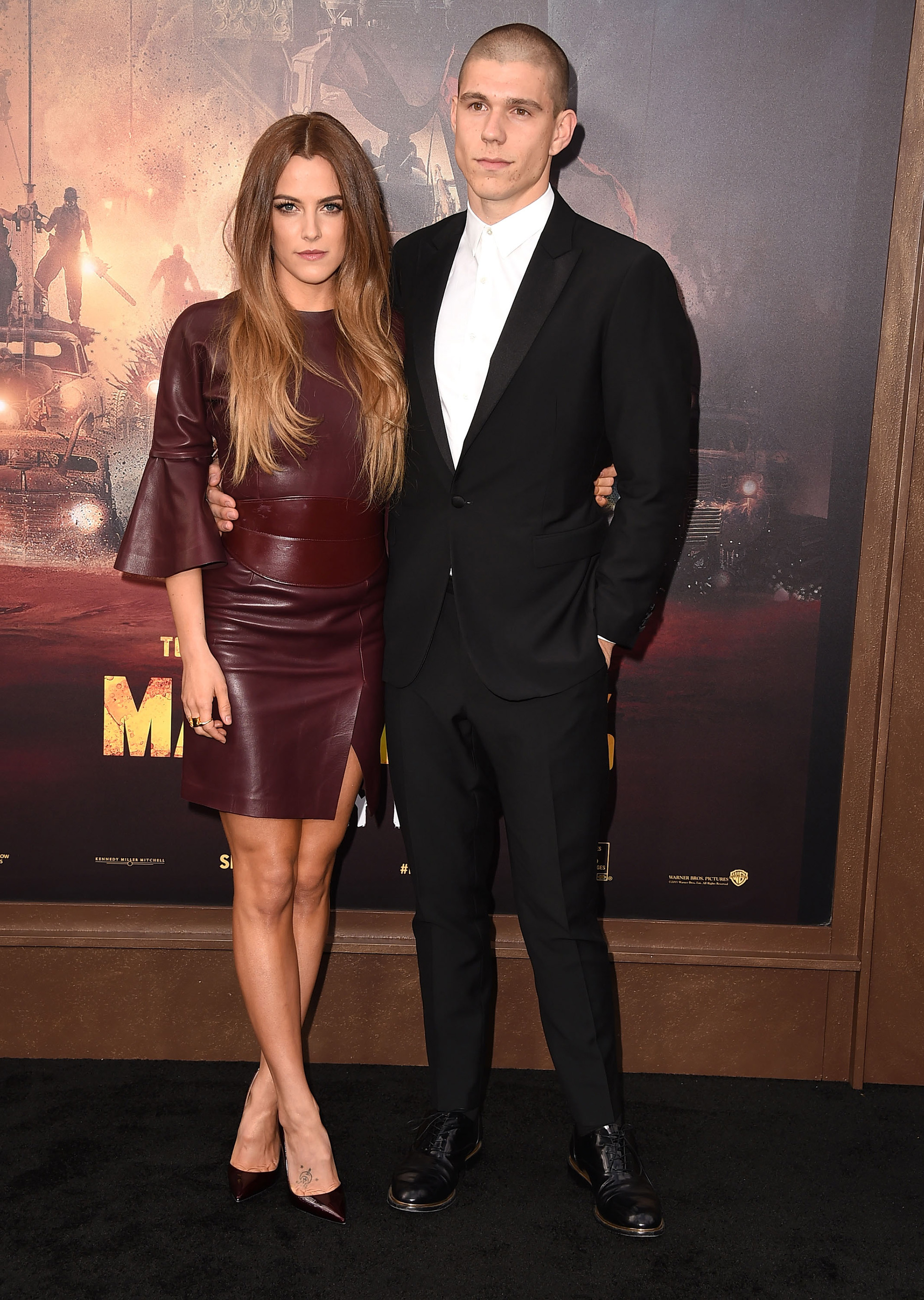 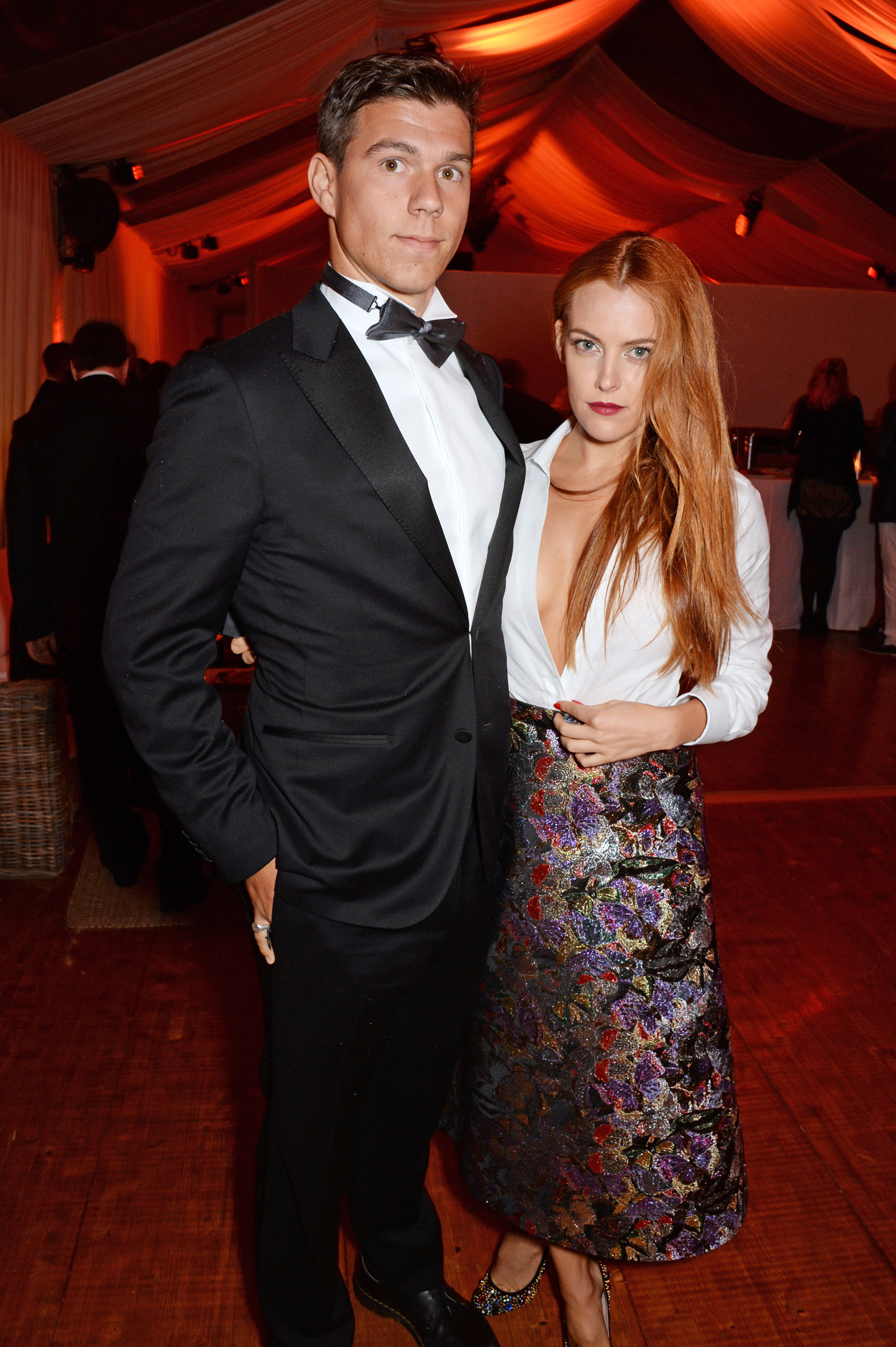 Mike Rinder, who was one of the top three Scientology executives before he “blew” the church in 2007, said that Lisa Marie and her children flip-flopped on the religion over the years.

“It’s not black and white,” Rinder told Page Six. “Priscilla is the only one who never wavered.”

Rinder said he spent hours with Lisa Marie at her LA home and, in 2015, helped her leak a story to the Los Angeles Times about how Miscavige had private investigators follow his own father, Ron. 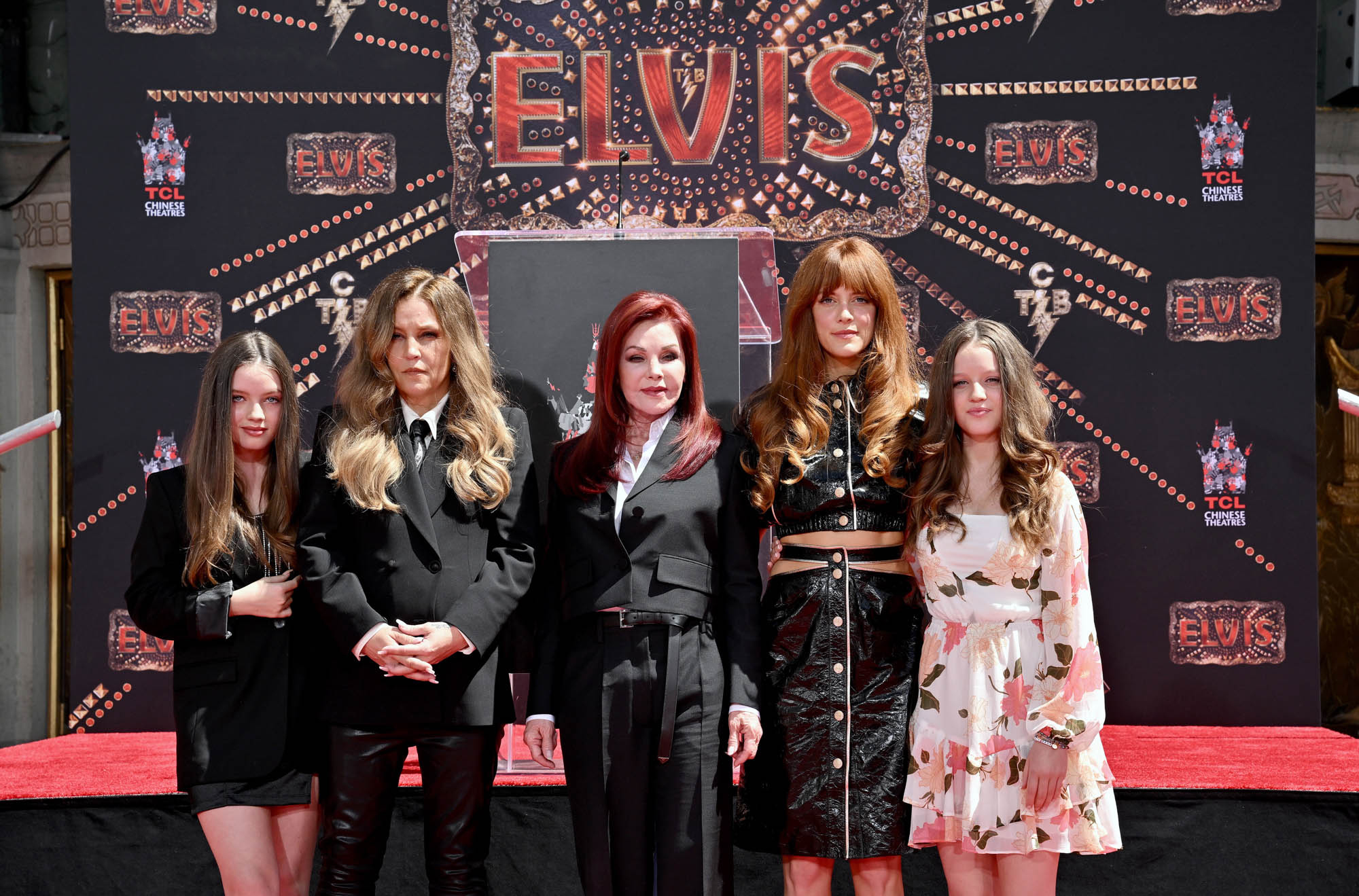 “She called me from Nashville during the height of the Ron Miscavige fiasco,” said Rinder, the author of “A Billion Years: My Escape from Life in the Highest Ranks of Scientology.”

“[Lisa Marie] suddenly said, ‘Riley’s here and wants to talk to you’,” Rinder claimed. “Riley got on the phone and said to me: ‘I want you to take those f–kers down.’

“Riley was clearly being supportive of her mother because Lisa Marie was so upset,” he said of the then-25-year-old. 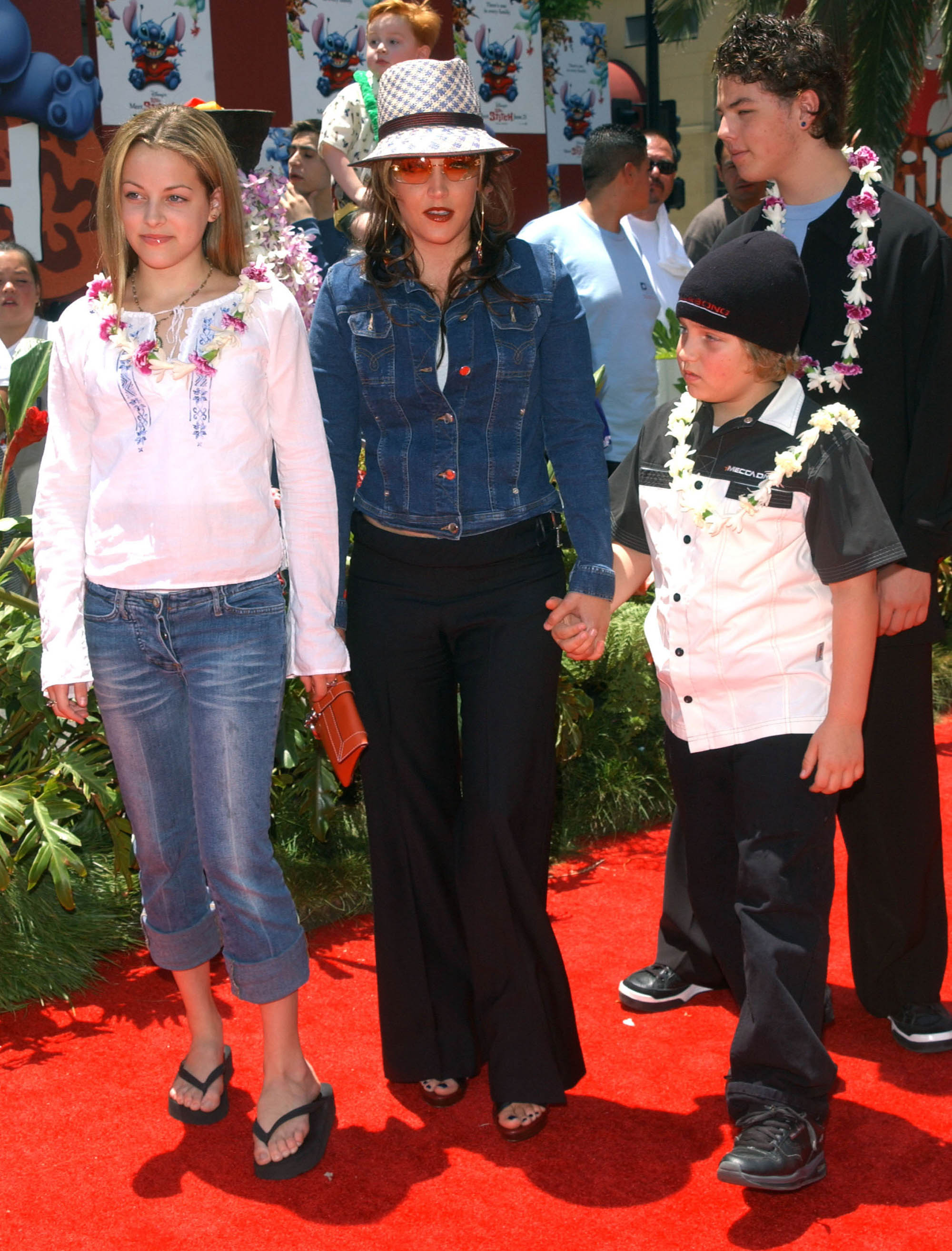 Karen de la Carriere, a former high-ranking Scientologist who was Lisa Marie’s “auditor,” or counselor, when the late singer was just 10 years old, told Page Six that she thinks Riley is still in the church.

“The Church does not comment on parishioners,” a Scientology spokesperson told Page Six. “We are saddened by Lisa Marie’s passing. Our thoughts are with the family during this difficult time. The Church’s relationship with Lisa Marie was one of warmth and care.”

“What’s really terrifying is that Riley has inherited one-third of Graceland, which is an incredible moneymaker and will be one in perpetuity … vultures will be circling Riley,” claimed de la Carriere. 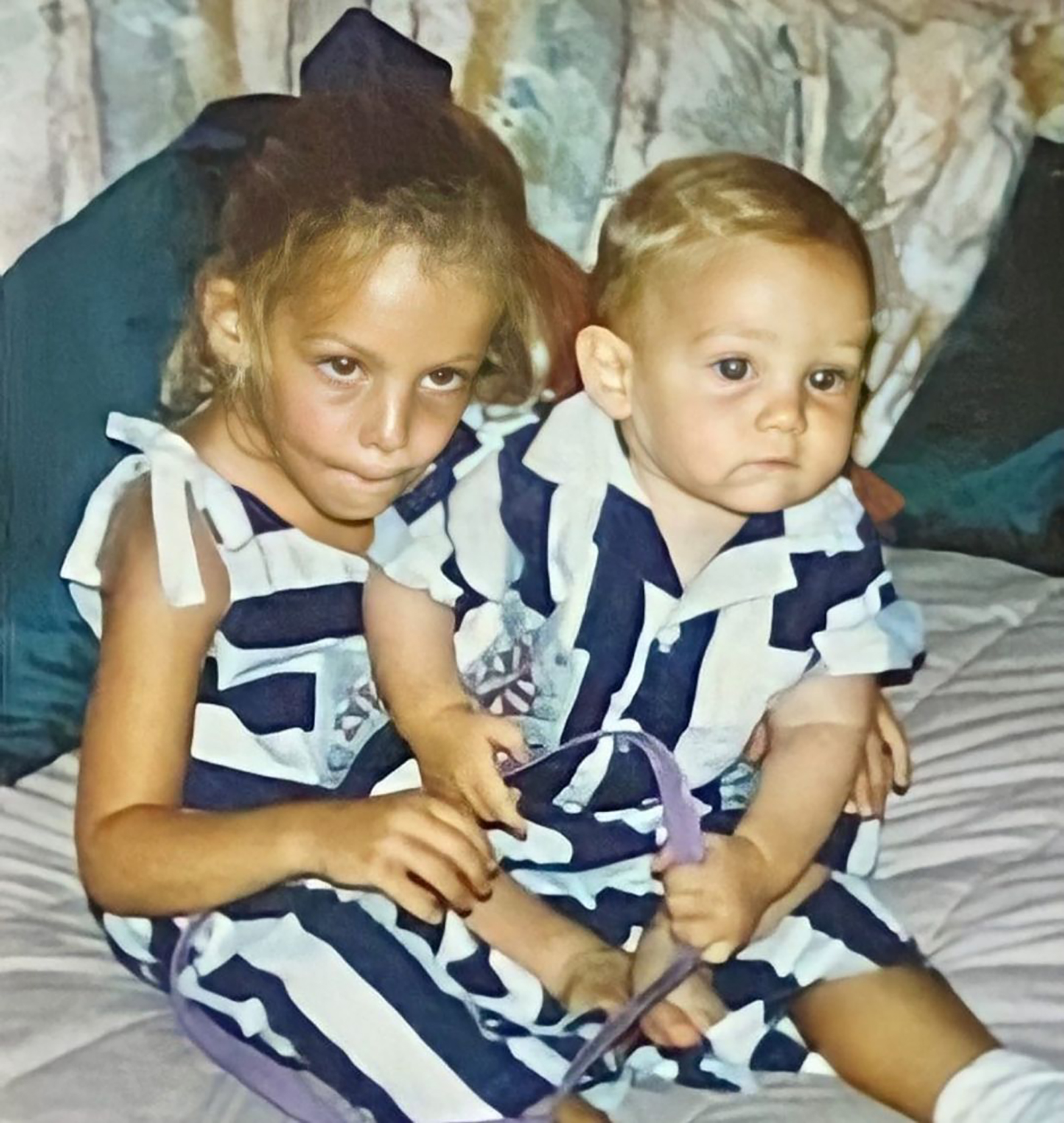 Amid her heartbreak, she is being supported by her husband, Australian stuntman Ben Smith-Petersen, whom she wed in Napa, Calif., in February 2015.

The couple met on the set of “Mad Max: Fury Road” in Namibia, Africa, in 2013 and fell in love a year later during re-shoots in Australia.

“When you’re falling in love, everything is amazing,” she wrote in Vogue Australia last year, revealing they had a Hindu ceremony in Nepal, where they were building a school, before their US wedding.

She added: “My husband is such a good person. He’s calm and loyal and strong and sensitive … I’m excited to have kids.”

Riley has made it clear that is still grieving the loss of her brother Ben. On October 21, she posted to Instagram a photo of the two of them as very young children, writing: “You would be 30 today. Happy Birthday my best friend, my angel. This world is strange without you.”