In it, the Duke of Edinburgh stands at attention while donned in full Buckingham Palace guard regalia, including the iconic red and black uniform with a blue sash and overly tall bearskin fur cap. As Her Majesty passes by her husband, she can be seen laughing with glee.

Most people sharing the photo insist that Prince Philip was pranking his wife by wearing the outfit. It’s an adorable story that truly highlights the playful, sweet nature of their 70 plus year marriage. Unfortunately, the photographer insists it’s not a prank photo at all. Here’s why Queen Elizabeth was really laughing in the photo. 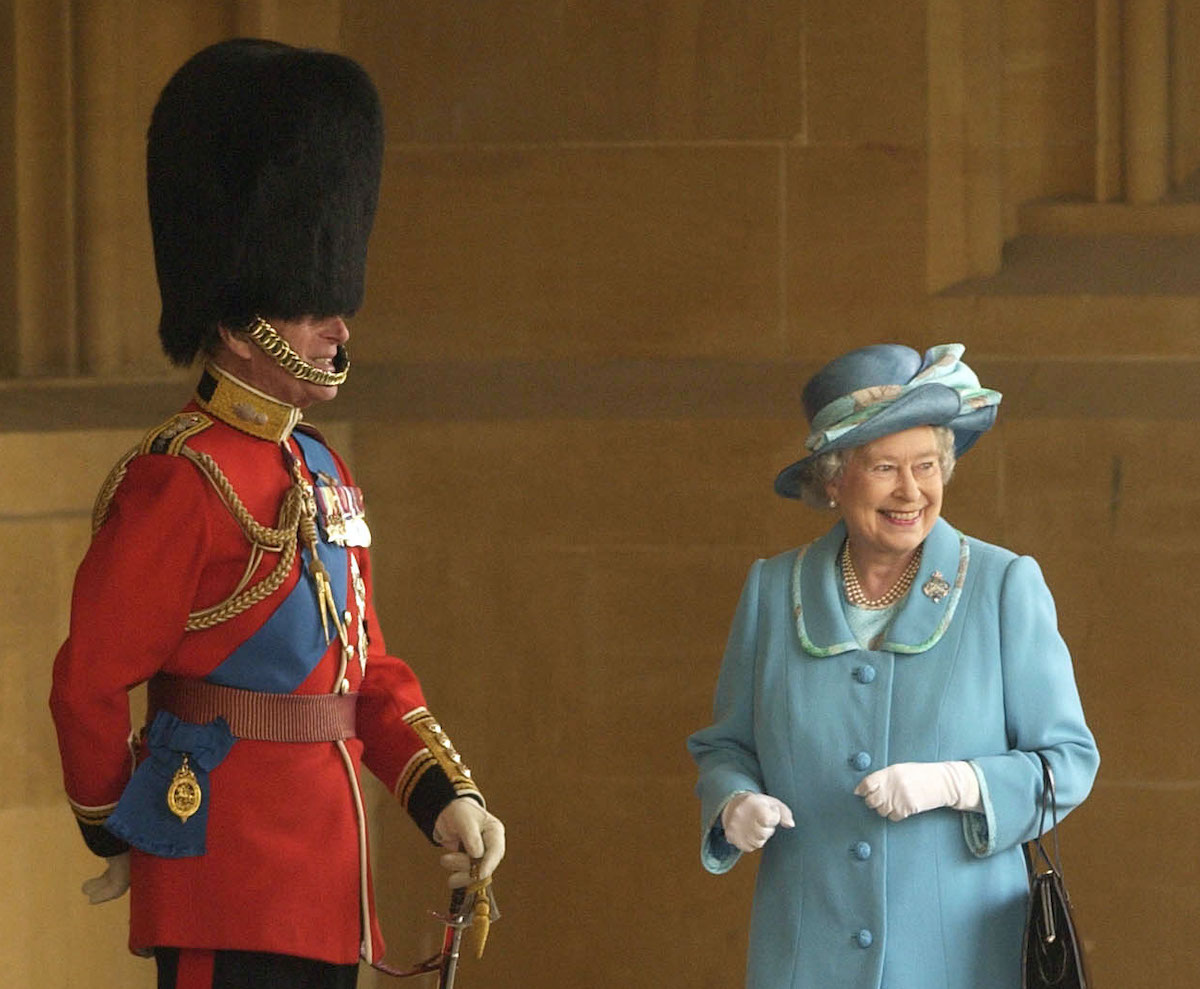 It’s true that the queen and Prince Philip had their share of troubles during seven decades of marriage. But on the whole, this couple had an enviable union that stoop the test of time. Elizabeth married Philip on Nov. 20, 1947 at Westminster Abbey. The pair had met many years before and a young Elizabeth became smitten by the dashing naval officer from day one.

The biggest challenge of their relationship was rumors of infidelity that persisted for years. However, cheating or no cheating, the Duke of Edinburgh and the queen decided to stick it out and stay married. They celebrated 74 years of marriage before Prince Philip’s death on April 9, 2021.

The story behind that photo of Prince Philip and Queen Elizabeth 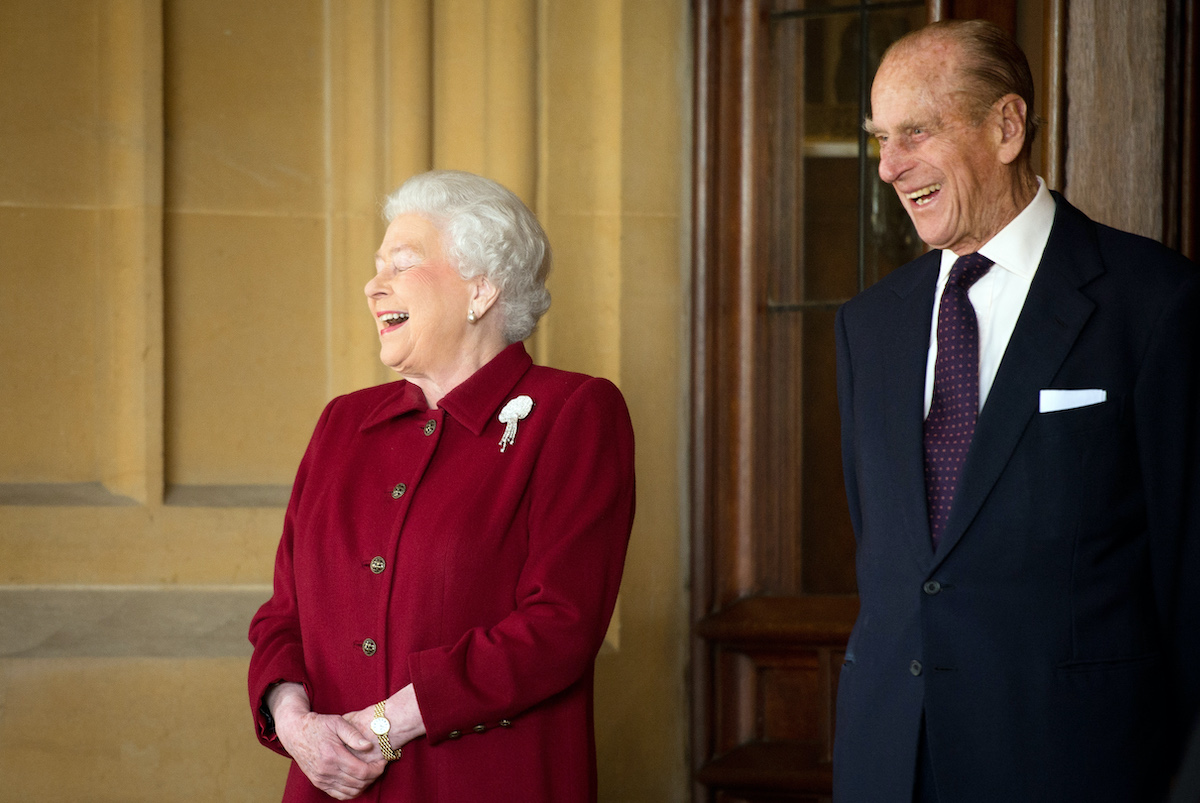 Her Majesty keeps most elements of her private life hidden, which is precisely why any displays of emotion are so exciting. A 2003 snapshot of the pair shows the queen walking by her husband while giggling. But she’s not laughing at his outfit — apparently, she’s cracking up over bees.

Photographer Chris Young told BBC (via News18) that Queen Elizabeth expected her husband to be wearing the royal guard outfit as part of his duties for that day. She was laughing, and Philip was too, at a swarm of bees that delayed the event they were attending. A royal beekeeper had to attend to the matter.

“I recognized that it was a human moment. She was giggling like a little girl and he was laughing too,” Young said. The original image caption said the bees caused Her Majesty’s “giggling snap.”

At the time, the Duke of Edinburgh was the Colonel of the Grenadier Guards, making his choice of clothing not the least bit surprising. That title was later given to the couple’s son Prince Andrew.

Photos of Elizabeth and Philip couldn’t hide their love 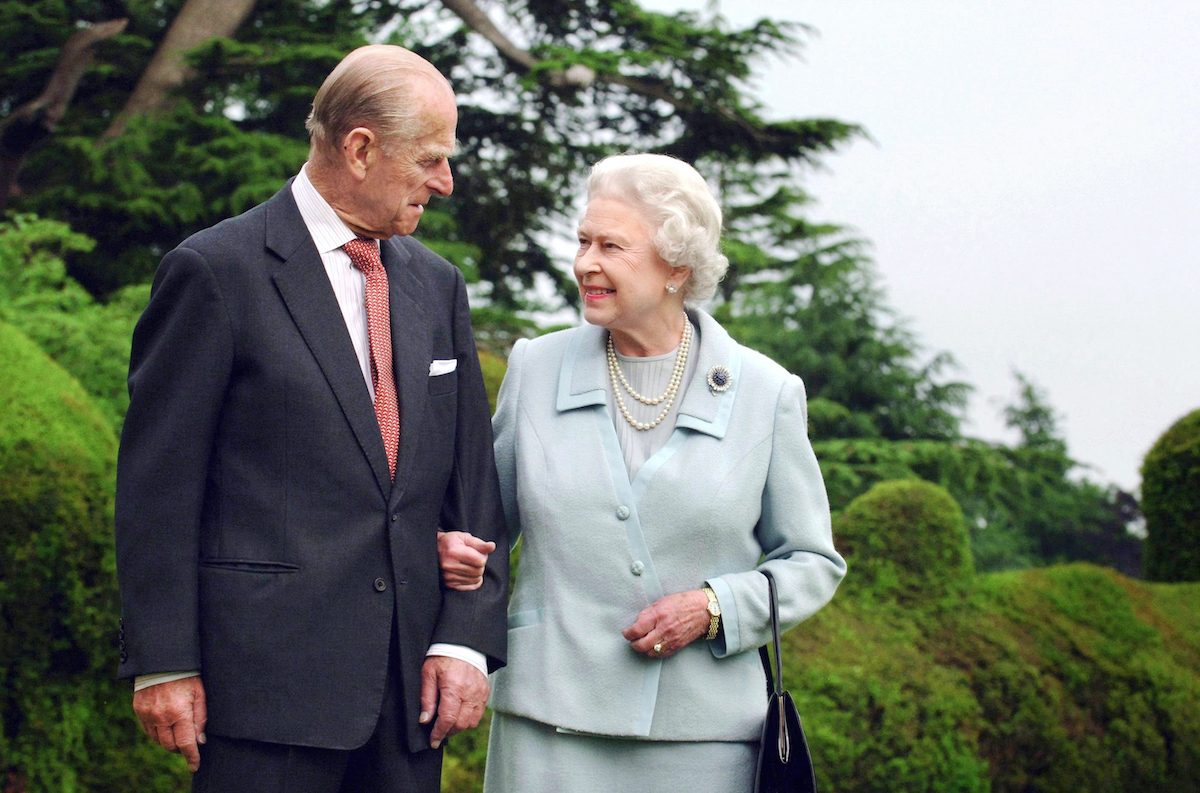 Over the years, Queen Elizabeth and Prince Philip displayed plenty of moments of pure affection that were captured on film. From their engagement photos to anniversary shots years later, it’s clear this couple remained deeply in love for the duration of their marriage.

Even though the giggling photo isn’t what everyone thinks it is, it does display the essence of a playful, loving marriage between two famous royals.