What happens when you take a Black family from the South and stick them in Compton, CA amidst Jim Crow during the Great Migration? Little Marvin explores this notion through his anthology series Them: Covenant which debuts on Amazon Prime today. Them, which was executive produced by Emmy award-winning writer Lena Waithe, follows the Emory family as they tackle the real and supernatural forces stacked against them while living an all-white neighborhood in the 1950s. The series stars familiar names and newcomers alike such as Ashley Thomas, Shahadi Wright Joseph, Allison Pill, Melody Hurd, and Deborah Ayorinde.

“I sat down to write [Them] three or four years back, and it was relevant then”Little Marvin told ESSENCE. “It’s a very sobering and humbling thing to realize that four years later, it’s more valid because of the time we’ve all lived through over the past year.If anything, it just validates the original impulse for exploring these things. Frankly, I don’t think we can explore this enough.”

Here, Little Marvin talks to us about the premise of his new series and its relation to the American Dream for Black people. 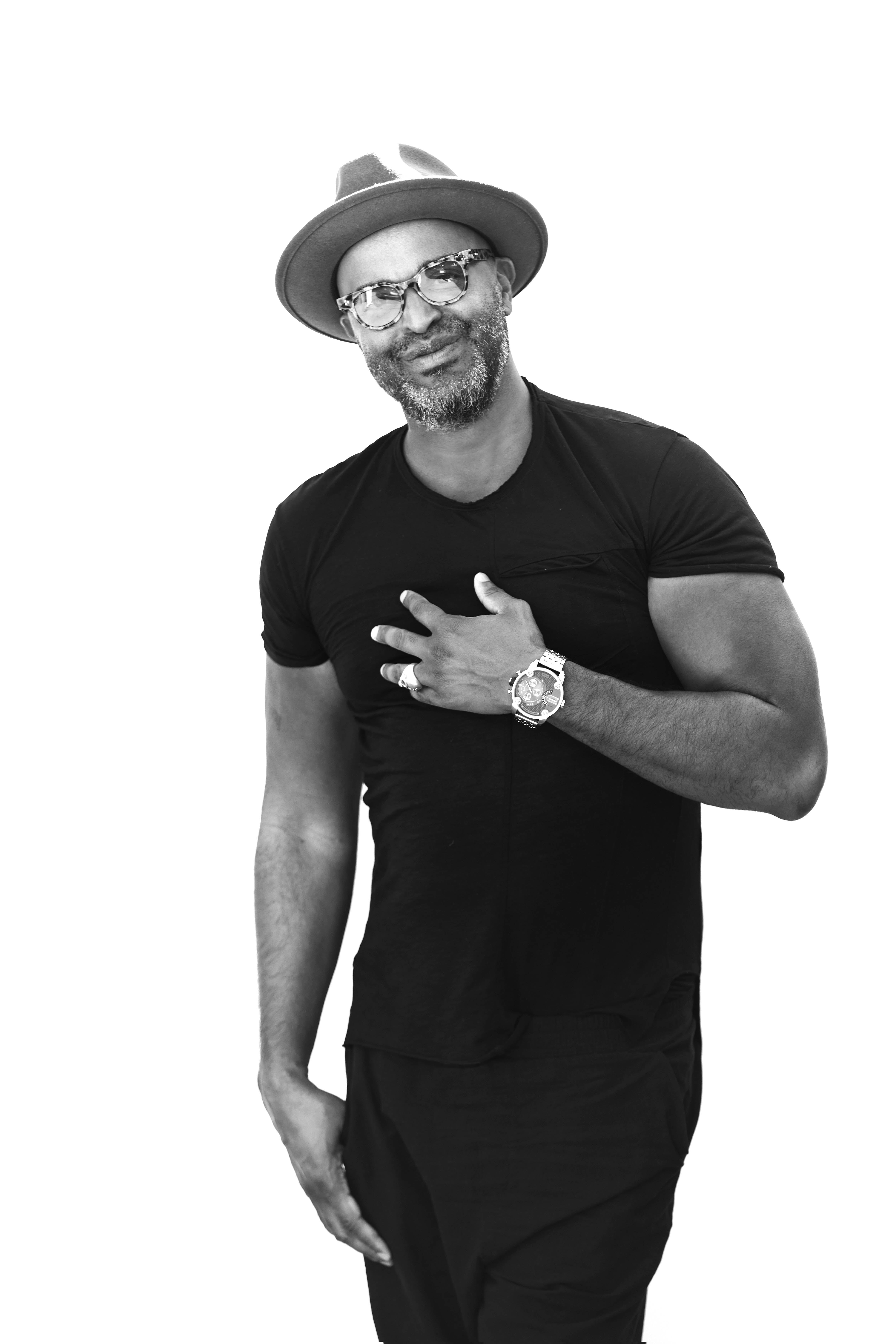 Where did the inspiration for Them: Covenant come from?

LITTLE MARVIN: I started writing it during a summer where every day I was waking up and looking at my social media. I was seeing the same thing every single morning, which was cell phone footage of Black folks being terrorized in some way or threatened by the police, or surveilled by neighbors or strangers. It was having a real effect on me and my emotional and psychological state that got me thinking a lot about my own experiences with that gaze.

Being watched in those ways, whether it’s in stores or being followed when I’m in the “wrong” neighborhood, got me thinking a lot about the history of that gaze, which stretches all the way back to the founding of this country. I really wanted to explore that terror and why it exists and also explore the American Dream, which I think a lot of us have been thinking about whether it’s Black folks or immigrant folks or whatever folks right now. I think we’re all thinking about what this country is, what it represents, what it wants to be, where it wants to go.

What was the creative process like with Lena Waithe?

LITTLE MARVIN: I have to call out first our amazing executive producer, Miri Yoon, who is at Vertigo Entertainment with Roy Lee. I wrote the pilot and I like to write little vision board notes into my phone. I finished the pilot and I wrote to myself, “From executive producer Lena Waithe” and I put the note away. Seven months later, I’m sitting down with Miri and she’s like, “Who do you want to bring in as a collaborator?” I threw it out there like a dare and said, “Lena Waithe” just to see what she would do about it. Two days later she was like, “You’re having brunch with Lena on Saturday.”

We sat down and I kid you not from second one, she’s exactly who you think she is. She is a champion of Black folks, new folks, great art and I felt from the second I met her that we were making the show together. She just enveloped me and the show and she makes me feel a lot braver just by being in her presence. The fact that she kicked the door open for me is every inspiration I’ve ever needed now to turn right back around and kick that door open for the next wave to come in.

What does Them show us about the so-called “American Dream” as  Black people in this country?

LITTLE MARVIN: I think what it examines is that it’s been an American nightmare for so many of us. There is real darkness that undergirds that dream, specifically as it relates to the dream of homeownership, which is so emblematic. It’s a point of great pride to own your home for folks in general, but specifically for Black folks. There’s been a history of disenfranchisement in this country, specifically around real estate. Interrogating the rot beneath that suburban dream was really the beginning of the journey.

What was the most difficult part about creating an anthology series?

LITTLE MARVIN: Having to get right back to work the minute the show is over, but that might just be TV in general. I have to say the anthology format, I think because it’s so concise and short and you’ve got 10 episodes to tell one story. Going all in and making sure that you don’t leave any stone unturned within those 10 episodes is really the ambition for any anthology creator. 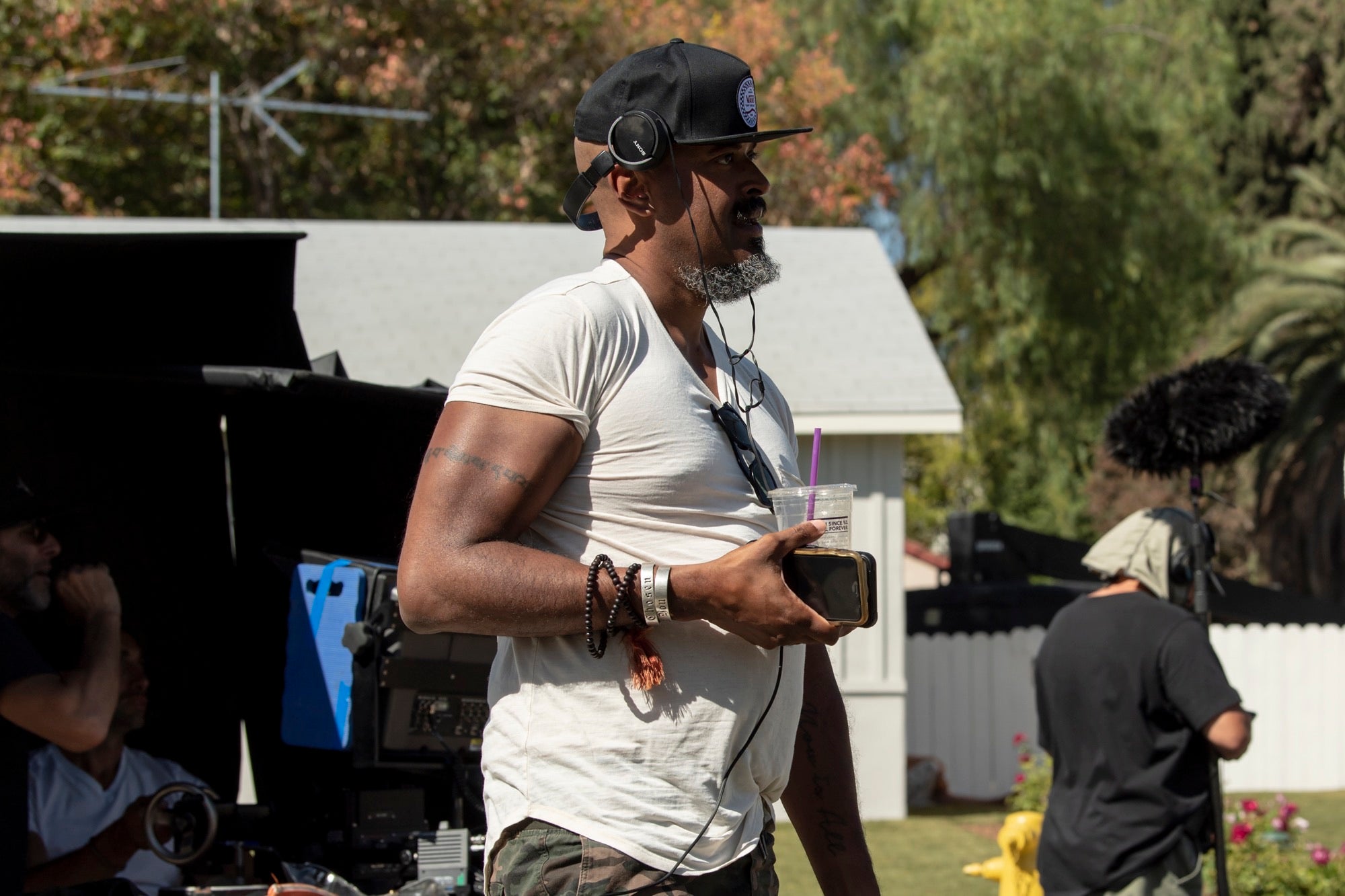 What pieces of your own experience as a Black male in America did you add to the show?

LITTLE MARVIN: I would hope that it’s all of it. These characters and the things that they face are truly born of my fears, of my anxieties, of my insecurities. I’ve been a Black man working in corporate America before I decided to really get real about becoming a writer. Let’s just say, navigating what are prototypically white spaces as the only Black face in those spaces can be nerve-racking, to say the least. There is a scene where Henry goes into a bathroom and stuffs paper towels down his throat to stifle a raging scream. Now, have I done that? No. Have I wanted to? Many times. So, yes, there’s a little seed of anger and fear and anxiety in the show that is absolutely born of my personal experience.

Why specifically the Jim Crow and Great Migration eras?

LITTLE MARVIN: As I started to research that time, I knew that I wanted to place it in this era because I wanted to explore the roots of the homeownership dream and the homeownership myth. The 1950s was the beginning of that post-war industrial boom, where G.I. Bill had happened and white folks, and mainly white folks, were really benefiting. It was building a thriving suburban middle-class. As we know, that was not the case for Black folks. With a homeownership story examining the roots of that, it just felt like the 50s was a perfect time.

I love history, but I was sort of ashamed about how little I knew about what Black folks had experienced leaving the South into the cities of the West, the East and the North, and particularly in Los Angeles. The fact that they were met with very much the same sort of rage and terror tactics that would have felt completely at home in the Jim Crow South. To know that that was happening in sunny suburban California was super eye-opening to me.

What’s the significance of the music and cinematography of this project?

When we started to make the show, we set out to make a show that felt like a show about the 50s that was shot in the 1970s. That was the ambition cinematically of what we were going for because we were referencing so many movies from that era. When we started to extend that out toward the soundtrack, that’s when shit got really fun. Knowing that we could play with that and take everyone from Diana Ross to Roberta Flack, to Nina Simone, to Sarah Vaughan, and just create a tapestry of great music throughout time was just a huge discovery.