Home » Lifestyle » Thirteen days in which the world held its breath

Thirteen days in which the world held its breath 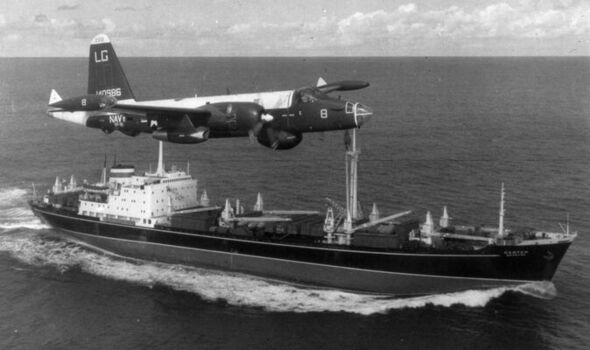 Peering through binoculars across the Black Sea from his dacha near the Georgian coastal town of Gagra, Soviet Premier Nikita Khrushchev liked to rage against the presence of US nuclear-armed missiles in neighbouring Turkey. In the spring of 1962, however, this anger inspired a high-risk strategy that would have potentially catastrophic consequences for the world: “What if we throw a hedgehog down Uncle Sam’s pants?” Khrushchev wondered.

The “hedgehog” in question was the secret deployment of nuclear missiles to Russia’s communist ally Cuba. The failed Bay Of Pigs invasion a year earlier had shown US intentions towards its small Caribbean neighbour as hostile and its leaders weak.

Now Stalin’s successor believed siting Russian weapons on the island would even the nuclear balance between the superpowers – the first of many disastrous miscalculations on both sides over the coming months.

The next day, the sensational news was relayed to a pyjama-clad US President John F Kennedy: the Soviet Union had covertly sited nuclear missiles just 90 miles off the coast of Florida.

Kennedy’s initial reaction was to tell his national security advisor McGeorge Bundy: “We’re probably going to have to bomb them.” Having summoned his brother Bobby, the attorney general’s response was markedly less restrained. “Oh s**t! S**t! S**t! Those sons-of-bitches Russians,” he raged.

It was the start of the Cuban Missile Crisis, the tense 13-day confrontation that marked perhaps the darkest moment of the Cold War and brought the world closer than ever before to nuclear armageddon.

However, as Sir Max Hastings reveals in Abyss, his superb new reconstruction of the crisis – one of the “huge conflict moments of the 20th century” – JFK’s leadership ultimately belied his relative inexperience and first response. And such lessons of the past, as we shall see, must not be lost on today’s leaders in the wake of the Ukraine invasion and Vladimir Putin’s nuclear threats.

“His reputation has sunk dramatically because of his treatment of women, which was of course appalling. But in the context of this crisis, he displayed a level of wisdom.

“Remember, he was being constantly advised by his military to go to war – to bomb and invade Cuba – which would have led to a global holocaust. The CIA thought there were just 5,000 Russian troops in Cuba, in fact there were 43,000. And they had tactical nuclear weapons which, if the US had invaded, I’m convinced would have been used.”

One of the most terrifying moments, Hastings reveals, came on October 18 as JFK and his closest advisors discussed how the Soviets would react if America tried to forcibly remove the missiles and topple Cuba’s dictator, Fidel Castro.

Having been warned the Russians would retaliate by seizing the Allied enclave of West Berlin, deep in the heart of East Germany, Bobby Kennedy asked what the next US move would be.

General Maxwell Taylor, chairman of the US Joint Chiefs of Staff and America’s most senior military man, replied: “Go to general war, if it’s in the interests of ours.”

The President asked disbelievingly: “You mean nuclear exchange?” But Taylor just shrugged: “Guess you have to.”

Hastings continues: “Kennedy, whatever his other failings, showed himself a very great man because he kept his cool when others lost theirs. Among all these people who, amazing though it might seem, were almost eager for war, he said a nuclear exchange would be the ‘final failure’. He saw that with a crucial clarity a lot of other people didn’t.”

After six days of furious discussion, Kennedy went public on October 22 to reveal the presence of the missiles in a televised speech. The US imposed a naval blockade to prevent more weapons reaching Cuba.

The abrasive Khrushchev knew he had been outmanoeuvred – the US had a 17 to one superiority in nuclear warheads – and would concede on October 28. But in the intervening six days, the world held its breath.

“Some historians say personalities aren’t important; what matters are ideas and grand strategy. I don’t believe that,” says Hastings.

“If you look at the missile crisis, you had three extraordinary human beings: Fidel Castro, the world’s most famous revolutionary; Nikita Khrushchev and JFK. Nobody would have accused Khrushchev or Kennedy of being cowardly, but they were prudently afraid. For 13 days, war or peace hung by a thread. But in the end they understood nobody could possibly win a nuclear war.”

A deal saved the Soviet premier face. In return for guarantees America would not invade Cuba, he agreed to remove his missiles. Kennedy also undertook, via secret back channels, to pull the US missiles out of Turkey that had so inflamed his Soviet rival.

The irony was the American public would soon have to live with ballistic-missile Russian submarines off their coast, often far closer than 90 miles. But for now, the Cold War settled back down to its status quo.

Despite knowing the outcome, Hastings’ magisterial new book still reads like a thriller played out in real-time in Washington, Moscow and Havana. The detail is, in part, thanks to a secret taping system installed in the White House in 1962.

“In the case of the White House, what is amazing is that we’ve got these tapes,” he says. “We know exactly who said what. They’re absolutely gripping.”

The crisis provided many dramatic moments, and some of the most famous soundbites of the era, not least at 10.25am on October 24, as Russian ships heading for Cuba stopped at the US naval blockade.

“We are eyeball to eyeball,” Secretary of State Dean Rusk said. “And I think the other fellow just blinked.”

When Hastings, 76, the author of more than 20 bestselling books, began researching Abyss, it was with the intention of exploring a receding – albeit, highly dramatic – episode. But Russia’s February 24 invasion of Ukraine made the project terrifyingly timely.

Parallels between the historical confrontation that brought the world so close to nuclear war and current events are chilling.

“President Putin’s invasion of Ukraine has given the whole thing a frightening immediacy,” says Hastings.

“It’s essential we study the past to learn how to cope with the scary present, and we’ve been living through something close to a ‘fool’s paradise’ for the last 30 years.

“All my early life, hardly a week went by without headlines around the world: ‘Cuba crisis’, ‘Berlin crisis’, ‘Indo-China crisis’, ‘Nuclear crisis’… it only needed one reckless decision in the White House or Kremlin and we were toast.

“We were all jolly scared but we learned to live with it.

“After the Cold War ended, we were worrying about other things – climate change, terrorism, conventional wars in Iraq and Afghanistan – there’s hardly been a mention of nuclear weapons. It’s almost as if they’ve been uninvented.”

The invasion has, he says, put defence back on the agenda in European countries that for decades neglected their military capabilities.

“There have been no votes in defence and we’ve all run down our budgets,” he says. “Suddenly we’ve been reminded we’ve got to take defence and security seriously. There is absolutely no doubt the threat of nuclear war in 1962 was very real. And I think there’s a real threat today.

“We’re dealing with a hugely unstable leader in the Kremlin, a man of extraordinary vanity and ruthlessness. We have to show resolve in supporting Ukraine but our leaders could learn a lot from Jack Kennedy.”

In part, Hastings warns against reckless language. “A lot of people have been saying there’s the chance of a ‘generational victory’ over Russia, that we can ‘humiliate’ Putin or ‘call his bluff’,” he cautions.

“Russia, whether we like it or not, is a nuclear-armed state. Putin is a less stable figure than Khrushchev and subject to fewer checks and constraints. Khrushchev had to answer to the Presidium. As far as we know, there’s nothing comparable today.

“In the nuclear age you have to deal with realities. Why is the North Korean regime still there? Because nobody wants to challenge their nuclear weapons.

The historian, who lives with his wife in Berkshire, returns to JFK and his prescience.

“At almost the first meeting, Kennedy said, ‘I guess we’re going to have to take our missiles out of Turkey’. He knew it wasn’t just going to be a question of bludgeoning the Russians into submission, there would have to be some sort of dirty deal.

“In the context of Ukraine, I’m convinced that, amid the conversations, there will be some deal. I don’t believe the Ukrainian army despite their advances can get the Russians out of the Donbas or Crimea without one.”

Ironically, Khrushchev had far more of a legitimate case over Cuba than Putin has for invading Ukraine. “You can’t think of any arguments at all to justify his behaviour,” says Hastings. “This is pure naked aggression. What he’s done is morally and legally worse than what Khrushchev did.

“The shining lesson of Cuba and the Cold War is you have to demonstrate you have the means and the will to resist aggression.

“Everything Putin has done in recent years has been based on a belief we lack both. We’ve got to change that calculation, but it’s going to cost us a lot of money.”

As with Cuba in 1962, he believes vital decisions are still made in a “fog of ignorance” amid poor intelligence.

“On the last Saturday of the crisis, as the Russians were preparing to give in, an American U-2 plane was shot down over Cuba. and its pilot killed,” Hastings adds.

“The White House took it for granted the Kremlin was escalating. Somebody said, ‘They’ve fired the first shot’, and they all assumed there would be more. In fact, Khrushchev was getting ready to back off.

“Today satellite photography can tell us where Russian troops are heading, but they can’t tell us what Putin is thinking or what he may do next.

“It’s right we’re giving full-blooded support to Ukraine, and the West must continue to resist Putin’s attempts to say the frontiers of Russia are wherever he wants them, but you’ve got to match resolution with care. That’s what history tells us.”