The announcement is part of wider measures introduced by Levelling Up Secretary Michael Gove that apply to buildings 11 metres or five storeys and taller.

They include a new law that has come into force this week, which sees building owners being held responsible for the costs of repairing dangerous buildings following the Grenfell fire.

Mr Gove has sent building owners a letter reminding them that they are ‘financially liable’ and that anyone who breaches the new law will be ‘committing a criminal offence’, facing ‘up to 10 years in prison’. 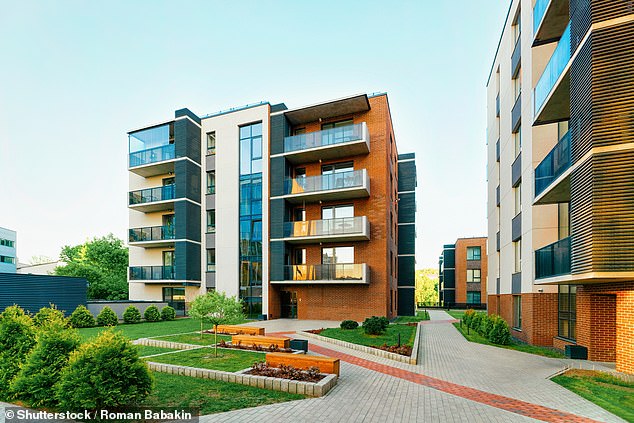 Before the Building Safety Act 2022 came into force, leaseholders could be held liable for the remediation works.

Some leaseholders were receiving invoices for remediation works that ran into hundreds of thousands of pounds.

But in his letter, Michael Gove said: ‘Those days are now over and the Act means qualifying leaseholder can thankfully dispose of these invoices.

‘We are now five years on from the Grenfell tragedy and we should all want to fix dangerous buildings as soon as possible’.

Leaseholders welcomed the changes, following years of campaigning about the financial and mental health toll of the cladding scandal.

Sophie Bitchener was sent a service charge in August last year with the cost of the remediation works of £209,122.47.

She says the remediation costs are still listed in her service charge demand and she is requesting that it is removed.

And Steph Pike, who bought a cladding-hit flat in Bristol, said: ‘I hope the new law will mark the beginning of the end of the building safety crisis. It represents huge progress from this time last year and the change in tone from the Government is particularly encouraging.

‘For me personally, it feels like a huge weight has been lifted. There are, however, many leaseholders who do not benefit from these new protections and therefore more work to be done. The Government must also ensure that it continues to pressure the industry to ensure that buildings are actually made safe.’

There are still concerns, however, among campaigners that unsafe buildings could be left unfixed and that the costs are passed on – perhaps at a later date through higher service charge bills.

Liam Spender, of Velitor Law, said: ‘The key to all of this is that landlord and tenant law is only as good as what the landlord thinks it means, because the landlords already have your money – and they can forfeit your flat unless you keep paying.’ 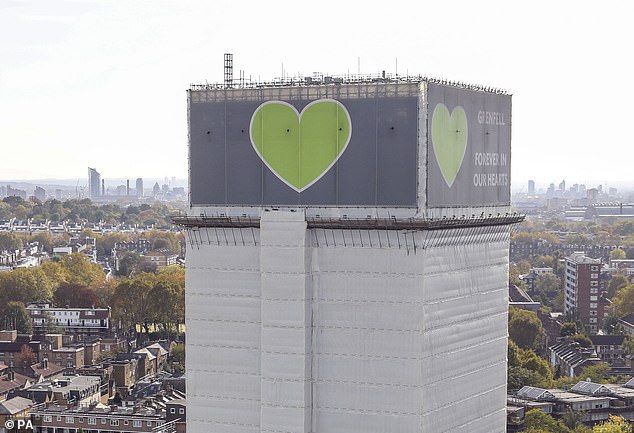 In total, 45 of the country’s biggest homebuilders have agreed so far to fix fire-safety defects on their buildings that are 11 metres or taller

So far, 45 of the country’s biggest homebuilders have agreed to fix life-critical fire-safety defects on all buildings that are 11 metres or taller – which they have played a role in developing or refurbishing in the last 30 years.

The Building Safety Act 2022 came into force on June 28 and it includes powers for the Secretary of State to restrict ‘irresponsible developers’ ability to build new homes.

Following the introduction of the new law, Mr Gove said: ‘Hundreds of thousands of innocent leaseholders now have the legal protection they rightly deserve, freeing them from a financial burden they should never have faced.

‘I’m pleased that most of the largest developers have agreed to play their part in solving this.

‘But there is more to do – we are focusing intensively on work with lenders to unlock the mortgage market and empower leaseholders to take their next step on the property ladder, and we will remain vigilant if anyone fails to act on the pledges they have made.’

What protection does the new law provide?

Qualifying leaseholders – those living in their own homes, or with up to three UK properties in total – will be protected, in full, from the costs associated with the remediation of unsafe cladding.

They will also have robust and far-reaching protections from the costs associated with non-cladding defects, including interim measures like waking watches.

It will be illegal for freeholders to pass on the cost of historical building repair works or the removal of cladding to any of their leaseholders, including non-qualifying leaseholders, if they are or are linked to the building’s developer.

It will be illegal for freeholders to pass on any historical building safety costs to qualifying leaseholders.

Where a developer cannot be held responsible and the building owner is not required to meet the costs in full, leaseholders with non-cladding related issues will also be protected by a cap on how much they can pay for these costs. The cap will only apply to non-cladding related work for those whose property is valued at more than £325,000 (London) and £175,000 outside London (owners of properties below this ceiling will pay nothing).

Where leaseholders have bought through shared ownership, their cap will reflect their share of ownership in the property.

Any costs that are not recoverable from leaseholders will need to be met by building owners and landlords.