After unveiling his Timothy Howls persona, Plain White T’s Tim Lopez tells HL how his debut EP showcases the ‘hardships’ and happiness of his marriage and how his wife is behind his new alter-ego’s name.

“I kind of worked on it in the last 400 days,” Timothy Howls says of The Rubble, the introductory EP from the alter-ego of Plain White T’s guitarist Tim Lopez. While this project was born out of the downtime created by the 2020 lockdowns, the name predated the COVID-19 pandemic. “It’s funny, with my wife taking my name, Lopez, kind of wanted to get wolf tattoos over the past couple of years,” he tells HollywoodLife, citing how “Lopez” came from the Spanish medieval Lope, itself a derivative of Latin’s Lupus or ‘wolf.’ “

“When we had our first child, she did it without taking any drugs,” says Timothy. “And so, she just felt every bit of that experience, and it’s such a crazy primal thing to watch — her just really in gnarly pain. Afterward, I thought about getting this tattoo that was kind of an homage to her. It was going to be something that looked kind of like her face, but a wolf, almost a wolf head on top of it, howling or screaming. It was going to be a strange tattoo. But it kind of made me… I don’t know, something about knowing the etymology of the last name and all that, I just kind of kept close a little bit.”

“And when looking for,” says Timothy, “something that felt kind of like it supported the persona I’m after. You have the wolf, and the howling wolf, and a wailing when you’re singing, and all that stuff kind of tied together.” Timothy’s wife didn’t just help inspire his new persona. The music on The Rubble “exposes the hardships of relationships,” he tells HollywoodLife. “Full disclosure, we have a really great marriage, but like most relationships have had some hard times, we’ve sorted through certain things. “There’s a song on there called ‘The Rubble,’ which the EP is named after. It’s about an early time before we were married, when things were really strained, and I wasn’t sure if it was all going to get sorted out.”

“And I’ve been through relationships that have been long-lasting that have ended in this past too, so I think I was fearful of it all kind of crumbling down. And so that song’s kind of almost telling her you might want to get out of this before things fall apart,” says Timothy. “I had gotten into a routine of getting close to people and then pushing them away when I got to a certain level in my relationship. And I felt like at the time that it was going in that direction, and then thankfully, we stuck it out. That was seven, eight years ago. Things have been great since.”

“That song, in particular, is about just battling through the hard times in a relationship,” he adds. “And then the first single that I dropped, ‘Lightning from the Blue Sky,’ is about her as well — About how electric our relationship was when I first met her. Just kind of how it felt like… I don’t think I was expecting to feel so much so quickly and really just kind of went head over heels for her. So there’s a good mixture of stuff in there that’s about her.

“Not so much about the kids,” he says, adding that he has a few pieces about them written down, but he’s unsure if any of those songs feel like they “belonged out in the world yet.”

The Rubble has been a perfect introduction to Tim as a solo artist. Produced by Adrian Quesada of Black Pumas and mixed by Spoon’s Jim Eno, the project is a six-song EP packed with emotional lyrics, enchanting singer-songwriter production — and a little bit of kickass rock. While “The Rubble” and “Lightning From The Sky” are the EP’s emotional center, the project’s energy highpoint is, arguably, “We Love And We Do It Well.” With a fuzzed-out guitar and a beat that’s impossible not to dance to, Timothy sings with a cadence reminiscent of a raucous Billy Joel or perhaps, Phil Lynott.

“You’re the second person to call out a Thin Lizzy sound with that song,” Timothy says when the comparison is made. “To be honest, I don’t know Thin Lizzy. I was looking for something… As a writer, a lot of times, you’re kind of looking for that really cool way of writing a love song, something that feels new and authentic. A way to tell somebody who you wish that you love them. And I was kind of just cruising along on the guitar and thinking like, ‘Okay, how far would you go for somebody?’ You know, a lot of people are like, ‘Oh, I’d die for you.’ That type of thing. And I just thought how fun it would be to write a song about picking up somebody and robbing. The song’s basically about robbing a liquor store for the cash to go buy an engagement ring.”

“I don’t know if the idea just felt kind of like it needed to be high energy and up-tempo,” he says. “And my buddy, at the time, was living with me, he’s a fantastic guitar player, his name is Sam Kearney, and he’s the one that’s playing a lot of the electric guitar stuff and doing a lot of the rhythm stuff on that song. And he kind of dropped that nasty, nasty, plugged-out, over-the-top guitar tone. 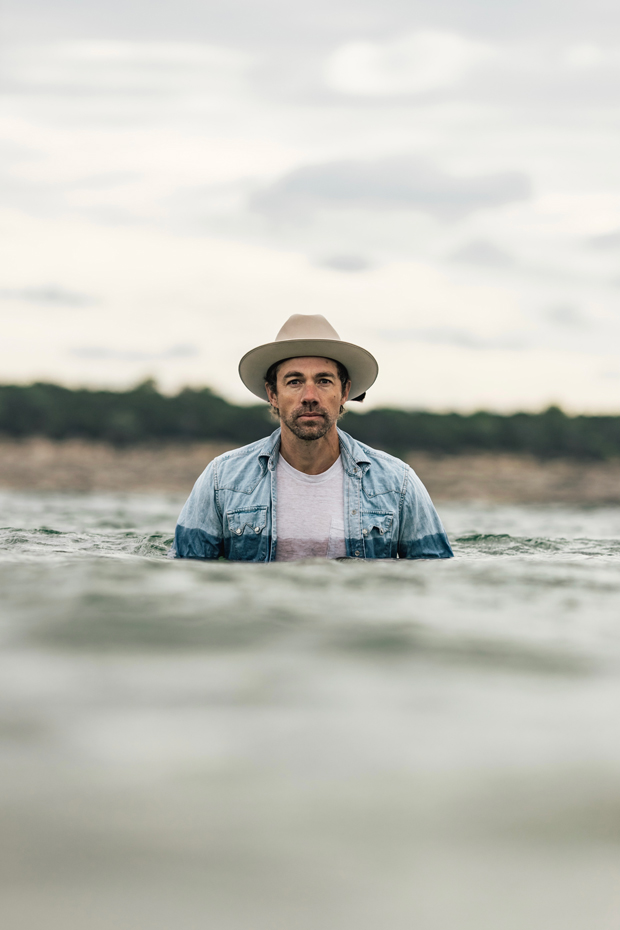 Timothy produced the song, and “it came together really, really quickly.” For the most part, The Rubble is “a super mellow” full of singer-songwriter songs. “And then that comes ripping out of the speakers, you’re like, ‘Holy shit, what the hell is this guy doing, bro?’ I’m really stoked to have that, though.” While the song may sonically stand out on the EP (even though, thematically, it fits right in), “We Love And We Do It Well” is a handy little number to keep in Howls’ back pocket. When we’re speaking, he was about to play his first show in Austin. “And I keep thinking like, ‘Okay, how is this set going to unfold?’ And that one feels like I can just kind of come out blazing. I don’t want to play too many songs that send people to the bar to grab a beer.”

“I’m going to try to break this project out of Texas, to begin with, starting with Austin,” he says. “I never really worked the Austin scene, I’ve been here for 15 years now, and I’ve always just kind of allowed Plain White T’s to just take me. ‘All right, where are we going next?’ That kind of thing. And didn’t really dig in here musically. So that’s kind of the goal. I got a really great band put together out here. I’m going to start playing shows locally, probably do Dallas, and Houston, and San Antonio and all that for a little bit, and then kind of spread out from there. So I think with this project, I’ll be sticking around Texas until maybe a tour presents itself. And then yeah, I’ll still be working, and flying out, and playing shows with. I’m super thankful that things are reopening, and it’s been hard not to do it. Definitely ready to get back to work.”

His, How, Howls, reveals, Timothy
Celebrities