Stars Who Tested Positive for Coronavirus

The NFL athlete, 44, confirmed the news to the Tampa Bay Times, in an interview that was published on Saturday, September 4.

Brady, who’s since been vaccinated against the coronavirus, further explained the football league’s testing and safety protocols for the upcoming season amid the pandemic.

Following the Buccaneers’ Super Bowl victory at the time, he celebrated with his teammates and friends, partying on a boat. The celebration soon turned rowdy when the quarterback tossed his Super Bowl trophy overboard.

“First of all, there was not a lot going through my mind at that point,” the athlete recalled during an April appearance on Good Morning America. “That was not smart — for a couple reasons. One is: If we drop it, that’s a little bit of a problem. But the worst thing that can happen is … the edges on that trophy are so sharp.”

He continued, “Had [the trophy] clipped one of my boys in the other boat, it would’ve been an ugly parade,” he said.

Though the California native didn’t remember much about the festivities, he did have fun. He shared a few videos via social media, joking about the impact of a “little” tequila.

The supermodel, 41, shared footage via Instagram Stories from the sidelines of the Raymond James Stadium in Tampa, Florida. She posted of video with her and Brady’s two kids — Benjamin, 11, and Vivian, 8 — and his son Jack, 14, whom Brady shares with ex Bridget Moynahan. In the clip, Vivian yelled, “We won,” jumping up and down, as her big brothers applauded. 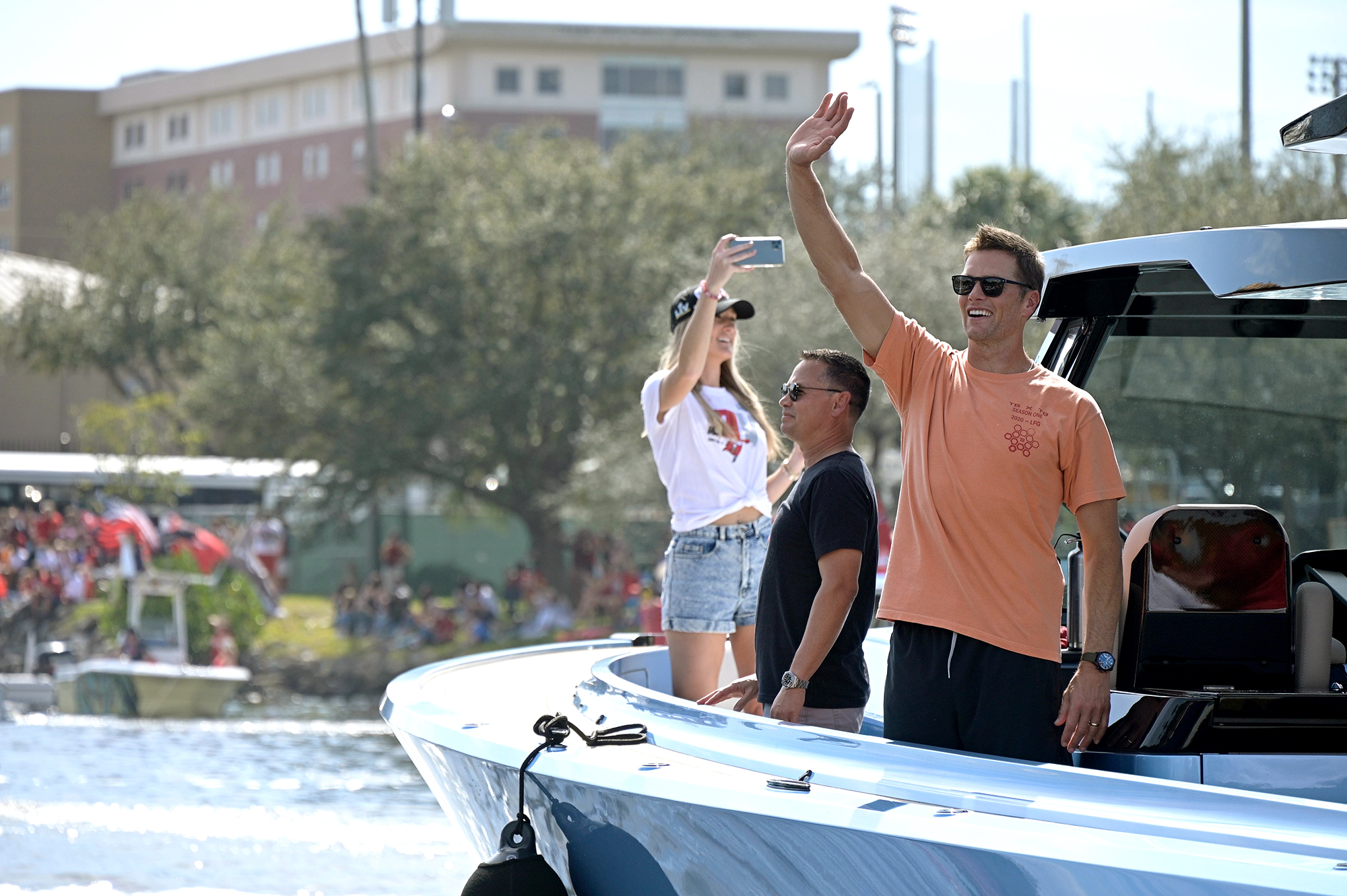 Ahead of the game, the Brazil native shared a sweet snap with the kids, all decked out in Buccaneers gear.

“We are already cheering here papai!” she captioned an Instagram photo. “We love you! Let’s go @tombrady! Let’s go Bucs!!!”

Brady then gushed about his family in the comments, writing, “The best cheering section in the WORLD.”