Home » Lifestyle » Too close for comfort: Aussie filmmaker’s accidental portrait of a psychopath

Too close for comfort: Aussie filmmaker’s accidental portrait of a psychopath 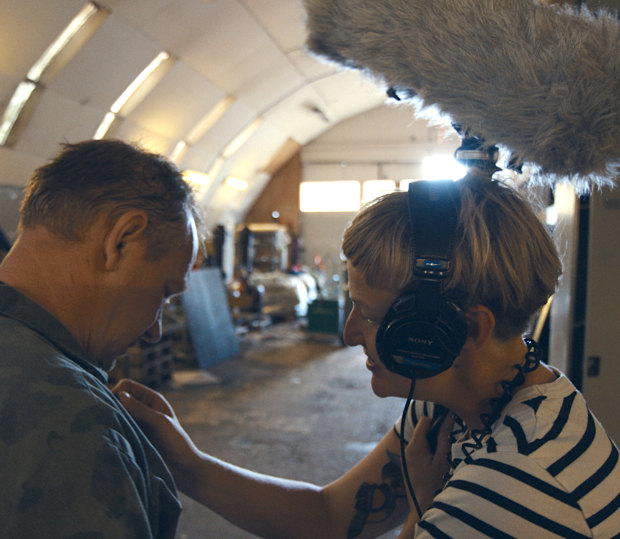 Filmmaker Emma Sullivan adjusts the lapel microphone on Peter Madsen for an interview recorded just hours before he murdered journalist Kim Wall aboard his submarine.Credit:Netflix

When Australian filmmaker Emma Sullivan trained her camera on Peter Madsen on the afternoon of August 10, 2017, she thought she was talking with the same charismatic inventor who had caught her attention a year earlier with his plan to build a rocket and launch himself into space. But as her remarkable documentary Into The Deep records, by the end of the following day, a different picture had begun to emerge: he was a psychopath and a murderer.

Just hours after that interview, Madsen set to sea in Nautilus, the submarine he had made in his Copenhagen workshop, with Swedish journalist Kim Wall on board as his passenger. Later that night. Wall’s boyfriend reported her missing. Ten days later, her torso washed up on the Danish coast.

In the days before the murder, Madsen had invited a number of other women out on the submarine, including Sullivan. Earlier on August 10, Madsen had texted Sara, a volunteer worker at his workshop, to ask her out to sea. He had even told her – jokingly, she had thought – “I have a murder plan ready which is a great pleasure”.

Sullivan knows it could so easily have been her in Wall’s place. “But I would need to group in every other woman who was around him too,” she says. “I think any female that was anywhere near him in, at minimum, the month leading up to this terrible murder was in some degree of danger.” 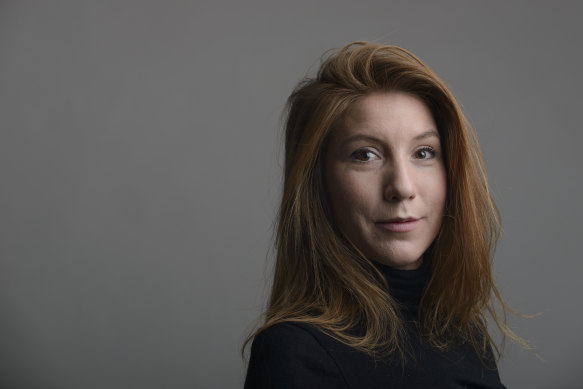 Swedish journalist Kim Wall, who was brutally murdered in 2017.Credit:AP

Police later recovered videos on Madsen’s computer of women being murdered and beheaded. At his trial in early 2018, the prosecution argued that the murder of Wall was the culmination of a sick fantasy, and was clearly pre-meditated.

But even as the evidence against him piled up, Madsen maintained he had done nothing wrong. At first, he claimed he had set Wall back on ground, and she must have disappeared after that. Then he claimed she had died at sea after the submarine’s hatch hit her on the head. Then that she was asphyxiated.

In the end, Sullivan’s filmed interviews proved critical. In the background of that interview of August 10 a hacksaw could be seen on the wall of Madsen’s workshop. By the time he was arrested, it was gone. That was deemed circumstantial evidence of his pre-planning and proved, Sullivan says, “really important” in securing his conviction.

“There was no cause of death, there was no forensic evidence to prove that it wasn’t an accident on board the submarine, so there was a chance, right up to the verdict, that he could have walked away with six months’ served, which was frightening,” she says. “This huge volume of circumstantial evidence was integral to the conviction, and it was great that was the one thing we were able to do for justice for Kim Wall.” 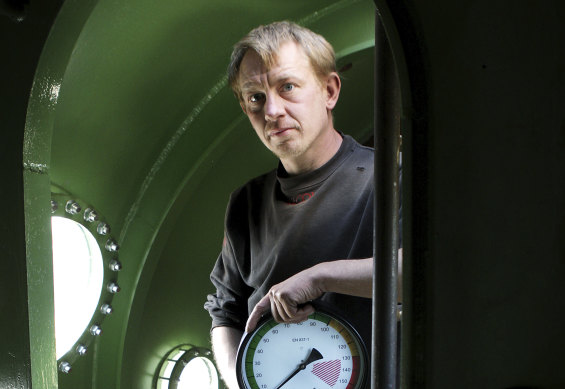 Submarine builder Peter Madsen in his vessel in 2008.Credit:Ritzau/AP

The Danish submarine murder, as it has become known, was dramatised in the series The Investigation, but in line with the philosophy of the victims’ rights movement, the killer was never named. Into The Deep is the polar opposite. It is very much a portrait of a psychopath, from the unique position of people who lived in his orbit, failed to see what he was, and have had to wrestle with that reality in the wake of his true nature being revealed.

“It’s not the story of the investigation,” she says. “It’s really a focus on those on the wrong side of the story, being close to a perpetrator, and how that affects you.”

She did consider trying to make her film without Madsen in it, but she felt “it just wouldn’t help these people if you didn’t get a chance as an audience to understand him”.

The deadly charm of Madsen is nowhere more apparent than in the testimony of that volunteer, Sara, who appears in the film with her face digitally disguised to protect her identity. “It’s more and more obvious that it was supposed to be me on the sub,” she says. And would you have felt safe, Sullivan asks her. “Yeah, of course,” she says. “He was my friend.”

Near the end of Into The Deep, there’s an interview conducted 11 months before the murder in which Madsen reflects on the nature of psychopaths.

“Psychopathic people are often very charismatic, they are excellent speakers, they are convincing,” Madsen tells Sullivan. “They are having illusions of self-grandeur, and have no regard for anyone else.

“Does the psychopath know that he’s a psychopath,” he asks rhetorically, gesturing towards himself. “I’m not sure.”

Into The Deep is not the film Sullivan set out to make, but it is remarkable. It captures a psychopath outing himself, confessing to hiding in plain sight. And it documents his impact on the people who were conned by him.

“You have so much self-doubt, like, ‘What didn’t I do? Is there something lacking in me? Could I have stopped this?’,” Sullivan reflects. “It’s a really difficult experience to share. I feel like it’s still taboo.”

And knowing all that you do now, is there a lesson you want people to take from this story?

“These people are amongst us and they do a lot of damage. But I just refuse to be more guarded than I naturally am. We’re wired to trust, it’s what builds societies, it’s what keeps us close and functional in society. Evolution favours trust, it doesn’t favour scepticism. ”

So, you’re saying be alert, but at the same time maintain your trust that most people are fundamentally good?

“Yes. I think we have to,” says Sullivan. “That’s my advice, actually. That’s what we must do.”

Into The Deep is on Netflix. The Investigation is on SBS On Demand.