Farewell to ‘Randy Ralph’: Topshop founder who was dubbed ‘five-times-a-night Halpern’ when model, 19, spilled details of their affair dies aged 83 – after taking brand from a single concession to a high street giant

He said that ‘retail is showbusiness’ and with his penchant for gold Rolex watches and a very juicy private life that made its way to the pages of the tabloids, Topshop founder Sir Ralph Halpern certainly lived up to his own motto.

The Topshop founder, who died this week at the age of 83, started his career as a trainee at Selfridges earning £5 a week founded the women’s fashion chain and became head of the Burton group by 1980 after getting his boss sacked.

He took brand from a single concession in a Croydon store to a huge high street brand as head of the Burton Group, adding brands such as Dorothy Perkins and Debenhams along the way.

But his rather colourful private life threatened to distract from his business achievements when a model sold the story of their 10-year affair to the News Of The World in the 1990s, detailing his prowess as a lover and earning him the nicknames ‘Randy Ralph’ and ‘five-times-a-night Halpern’.

She also claimed that she’d rubbed anti-baldness cream into his head during their assignations,  which started when she was 19-years-old, leading to ridicule in the press, where he was dubbed a ‘flashy man’ who ‘couldn’t keep his trousers on’. 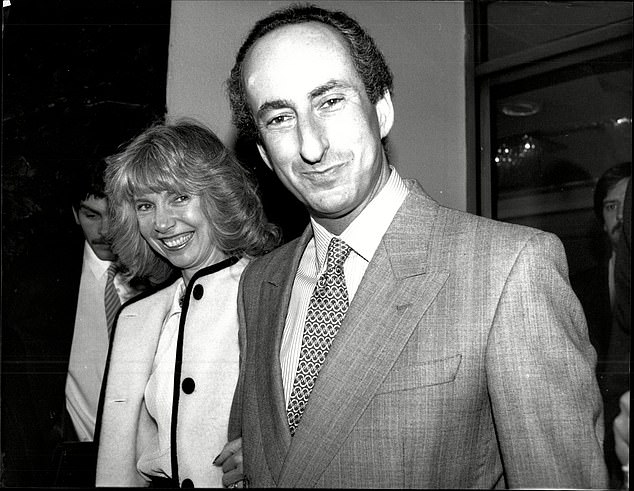 Sir Ralph Halpern, who founded Topshop and was knighted by Margaret Thatcher for his services to retail has died at the age of 83 (pictured with his wife Joan Halpern in 1987) 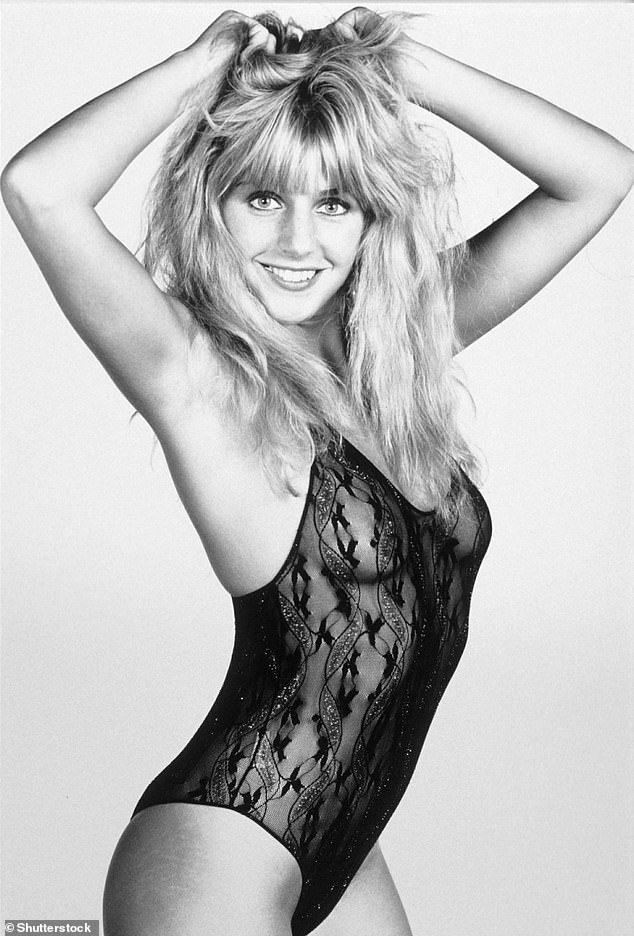 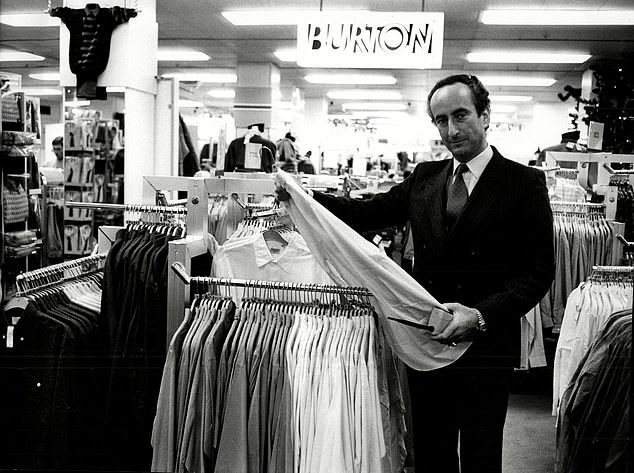 Halpern joined the Burton Group in 1961, when it made men’s suits, and rose up the ranks to eventually become chief executive

Halpern was born to Jewish parents Bernard and Olga in London in October 1938 after they fled Austria following the Nazis’ rise to power.

But their son was to follow in the footsteps of fashion designer mother and retailer father as he embarked on a career in fashion himself.

After a few years working for his father before joining Selfridges, Halpern joined The Burton Group in 1961. At the time, it was known for making men’s suits.

However in 1968 Halpern established Topshop as a high street concession, which would later cement his place in the company.

Following two years of huge success the first Topshop store opened in Croydon, South London. And as its success grew, so did Halpern’s.

Although he had made a name for himself in the company, it was an act of subterfuge that saw him given the top job in 1978.

While in his position of deputy managing director of the Burton Group, Halpern recorded a conversation with his then-boss, Cyril Spencer, who said he intended to buy the company. 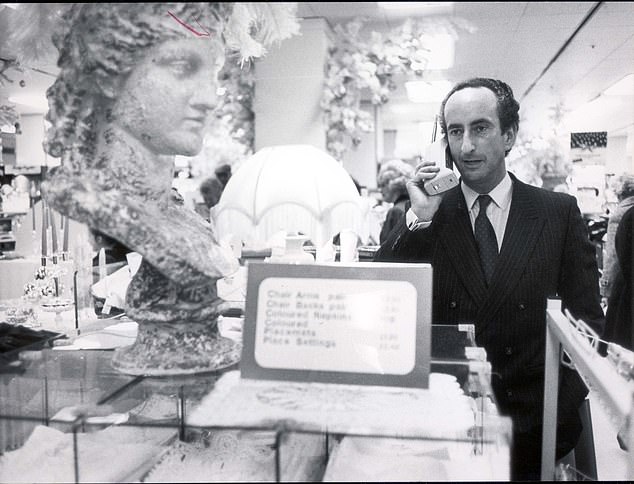 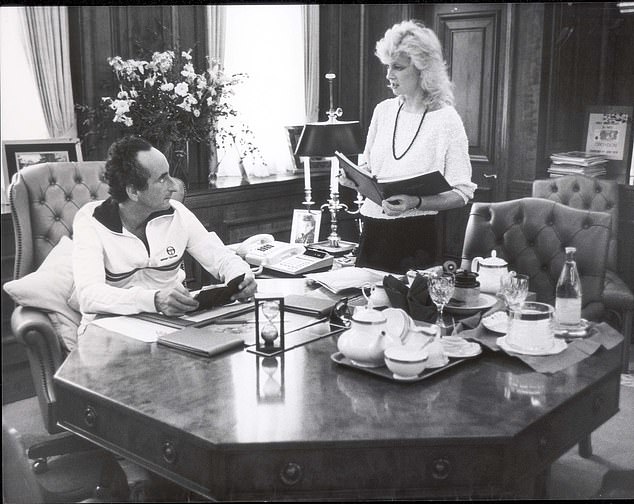 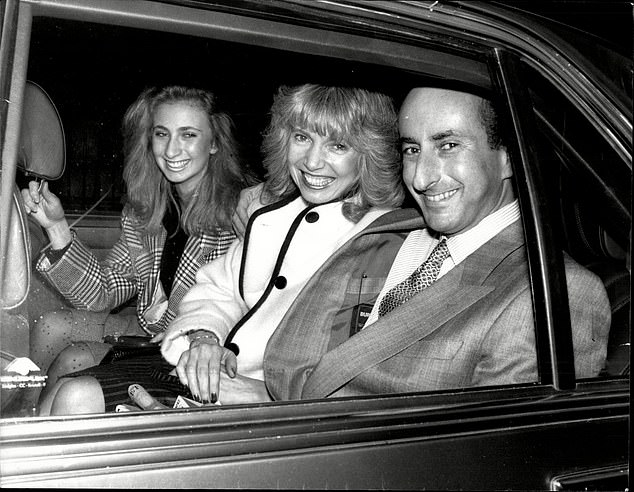 When Halpern played the recording to the board, Spencer was promptly shown the door, leaving the chief executive position open for himself.

After reaching the top, Halpern expanded the company to include Dorothy Perkins, Debenhams, Principles, Racing Green and Evans.

The suave boss of the fashion empire became known for his love of gold Rolex watches and jewelled cufflinks, and used an Aston Martin as his company car.

He arrived at Oxford Circus at 6am every morning for a pre-work gym session.

After a 6km run on the treadmill and weight training he would don his Burton suit and settle in his office suite, which was decorated with healing crystals, for a breakfast of passion fruit and muesli.

Meanwhile in his family life, Halpern’s busy business life left his marriage to Joan, who he’d wed in 1967, strained. The pair, who shared a daughter Jenny, spent less and less time together. 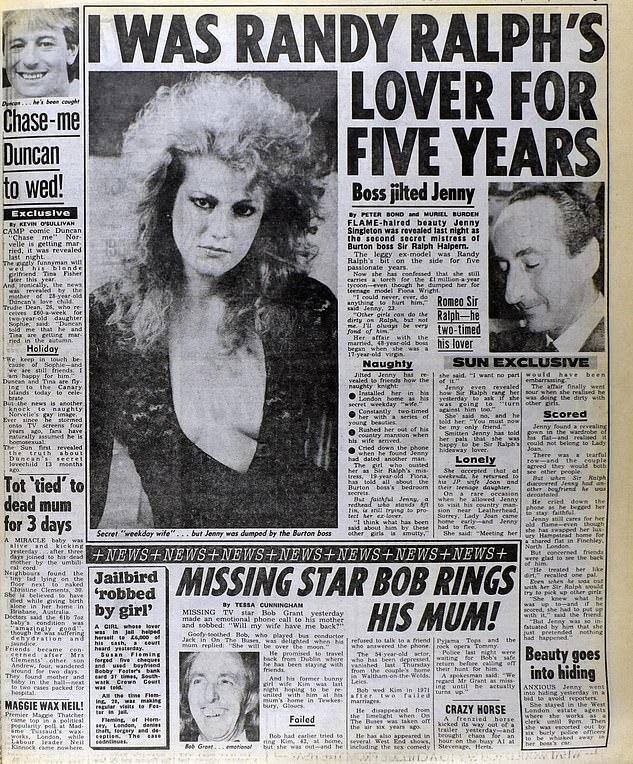 After nearly a decade at the top, Halpern’s marriage was further rocked by a kiss-and-tell story from model, Fiona Wright, who claimed they’d been having an affair since she was 19-years-old.

As the sordid details of the affair were sprawled out across three pages, Wright told of how she had rubbed anti-baldness cream into Halpern’s head.

She also revealed intimate details about their sex life and claimed they romped ‘five times a night’.

After the story came out Halpern admitted his dalliance with the model but did not confirm any of the details shared by Wright.

Although he dismissed the affair as something that happened ’10 times’, the public and Fleet Street were scathing in their take-down of Halpern.

He became the subject of several satirical cartoons and was described by The Sunday Times as a ‘flashy’ man who ‘couldn’t keep his trousers on’.

Halpern and his wife were driven further apart by the affair and eventually split, but remained amicable.

Despite public backlash Halpern initially maintained the support of the Burton Group’s shareholders, whom he wined and dined.

With a mantra that ‘retail is showbusiness’ he was known to take busloads of investors on tours of the Burton Group’s flagship stores, ending with tea at Harvey Nichols.

However, despite decades of success and dedication to the Burton Group, Halpern was promptly ousted by shareholders in 1990 following an unsuccessful venture into property. 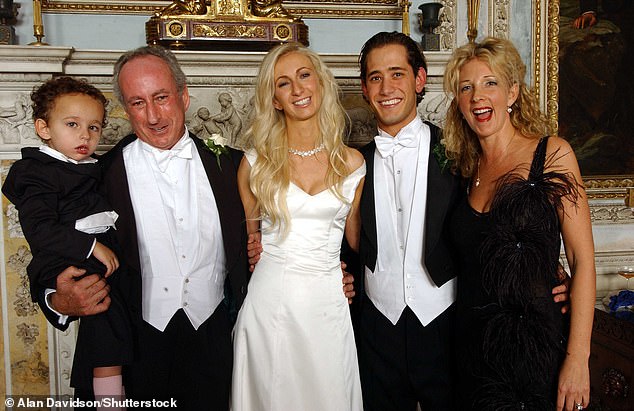 By 1997 the Burton Group removed Debenhams from its portfolio and renamed the company Arcadia, removing much of Halpern’s stamp on the business.

In 1999, Halpern and Lady Halpern finalised their divorce as the retail boss was living with his former secretary Laura Blume.

Halpern’s daughter Jenny, who now runs a  PR company, married her husband Ryan Prince in the same year and the fashion mogul was pictured with his second wife and young son smiling with the newlyweds.

A few years after tying the knot, Halpern and Laura Blume moved to Miami before eventually divorcing in 2007.

Samuel, who is now roughly 22 years old, is attending university in Florida.