Happiest place on Earth! Tori Spelling and Dean McDermott put on a united front during a fun-filled trip to Disneyland amid speculation about the status of their marriage.

From Cheating Scandals to Clapbacks: Tori Spelling and Dean McDermott’s Ups and Downs

Photos published by Page Six showed the actress wearing a white Disney T-shirt and a pair of Minnie Mouse ears as the family of seven explored the Anaheim, California, amusement park. 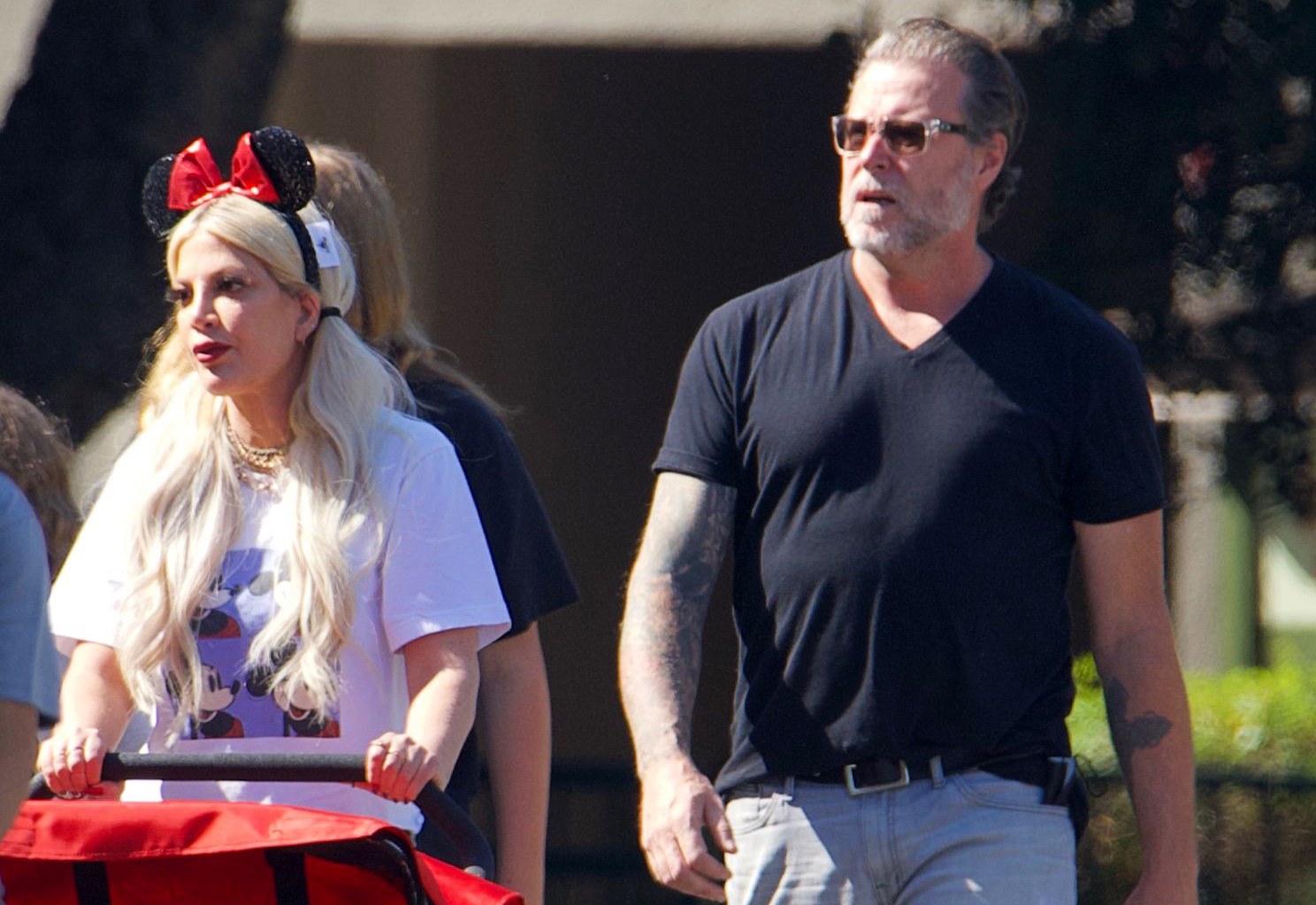 Later that evening, the Masked Singer alum shared a sweet selfie as she rode on a carousel with Beau, who was dressed in a gray sweatshirt and matching Mickey Mouse pants.

In a separate video posted via her Instagram Story, the California native called out for daughter Stella, who was sitting a few seats ahead of her mom and brother on the carousel. “Stella, hi,” the actress exclaimed as the teenager reached backward.

The family outing came on the heels of ongoing speculation that Spelling and McDermott’s relationship is on the rocks. Earlier this month, a source exclusively told Us Weekly that the pair haven’t been in the best place recently.

According to the insider, the couple — who wed in May 2006 — are “always on the verge of divorce” and Spelling “has been close to leaving [McDermott] many times.” However, the source claimed that the True Tori alum “ends up staying for the kids’ sake.”

On Monday, October 18, the Stori Telling author was spotted outside an attorney’s office in photos obtained by Page Six. At the time, the actress held a notepad that read “assets,” “support” and “custody.”

One month earlier, the “9021OMG” podcast host played coy about her relationship status during an appearance on Jeff Lewis Live.

“What I read is that Dean was there with you, putting on a brave front amid divorce rumors even though you’re sleeping in separate beds. That’s what it said,” Jeff Lewis asked Spelling in September, referring to past reports about a rumored split after the pair were photographed together for the first time in months. “No, no I’m just telling you what I read. But you guys had a good time together with the kids?”

The Messyness host replied, “Yes, we did. We’ve been going to the Malibu Chill Cookoff since Liam was 1 year old. He’s 14. So it’s a tradition. The family does it together every year.” 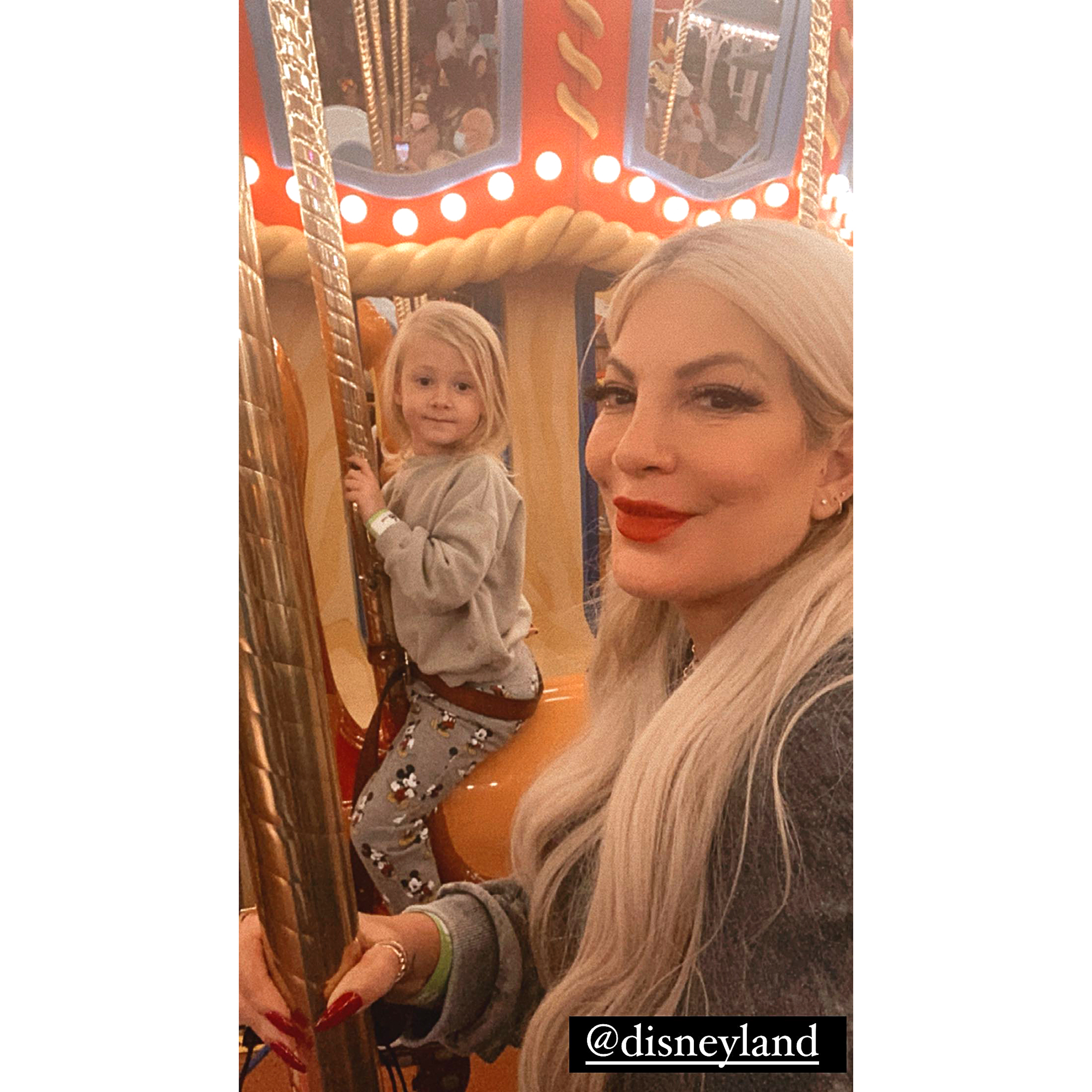 In June, the Mystery Girls alum told Lewis, 51, that the couple were sleeping in separate bedrooms.

“Right now, my kids and dogs sleep in my bed,” Spelling added during the SiriusXM show at the time, before noting that the Canada native was sleeping “in a room” at their house after returning home from shooting a movie.

“Since he left — this is not good, you guys — but since he left [and] he was gone for six months filming in another country, they all stayed with me,” the Mistle-Tones actress continued. “So I currently still have four in the bedroom with me who have yet to go back to their rooms, yes.”

The pair’s relationship has been rocky over the years since Us broke the news in December 2013 that McDermott had been unfaithful, shortly after the duo welcomed son Finn. The Chopped Canada host later checked into rehab as the twosome continued to work on their marriage.

“I know he’s my soulmate. I know he’s the love of my life. I also know he broke my heart,” Spelling admitted in a joint therapy session, which was filmed for her True Tori series. ”I’m so scared we won’t grow old together. That’s my biggest fear.”