Home » Lifestyle » Trace Adkins: 25 Things You Don't Know About Me!

Country confessions! Trace Adkins may pour his soul into his songs, but the music icon still had a secret or two fans didn’t know about — until he exclusively revealed 25 of them to Us Weekly.

The singer, 60, shot onto the country music scene in the mid-‘90s with his debut album Dreamin’ Out Loud, filled with hits including “(This Ain’t) No Thinkin’ Thing,” “I Left Something Turned on at Home” and more.

The Louisiana native further cemented his success in the 2000s, releasing several more albums, as well as his biggest hit to date: “Honky Tonk Badonkadonk,” which skyrocketed his crossover career.

While Adkins has also appeared on TV and in film alongside his music career — he famously won the Celebrity Apprentice in 2013 — the “You’re Gonna Miss This” singer has also been busy raising a family.

Adkins, who is currently married to Victoria Pratt, his fourth wife, is the father of five daughters: Tarah and Sarah (whom he shares with first wife, Barbara Lewis), and Mackenzie, Briana and Trinity (whom he shares with his third wife, Rhonda Forlaw). He is also a proud grandpa — which most likely explains his favorite vacation spot.

Keep scrolling for everything you didn’t know about Adkins:

1. My favorite place to go on vacation is Disney World. The best thing a parent can experience is a child’s innocent joy, and that’s what I’ve seen there.

2. I prefer dogs over cats. Cats are a—holes and just too much trouble.

3. Other than becoming a father, my proudest moment is becoming a member of the Grand Ole Opry. To me, it’s the most prestigious fraternity in country music.

4. My favorite book is the Farmers’ Almanac. I have a nostalgic connection to it, and I remember my granddaddy reading it religiously.

5. The first movie I was affected by was Jaws. It completely freaked me out.

6. Snakes scare me. Growing up in Louisiana, a lot of the snakes there were dangerous.So, I grew up with a very healthy respect — [and] borderline fear — of them.

7. My favorite meal is fried fish.

8. The best way to spend a weekend is on a tractor.

9. My pet peeve is people driving slow in the fast lane. 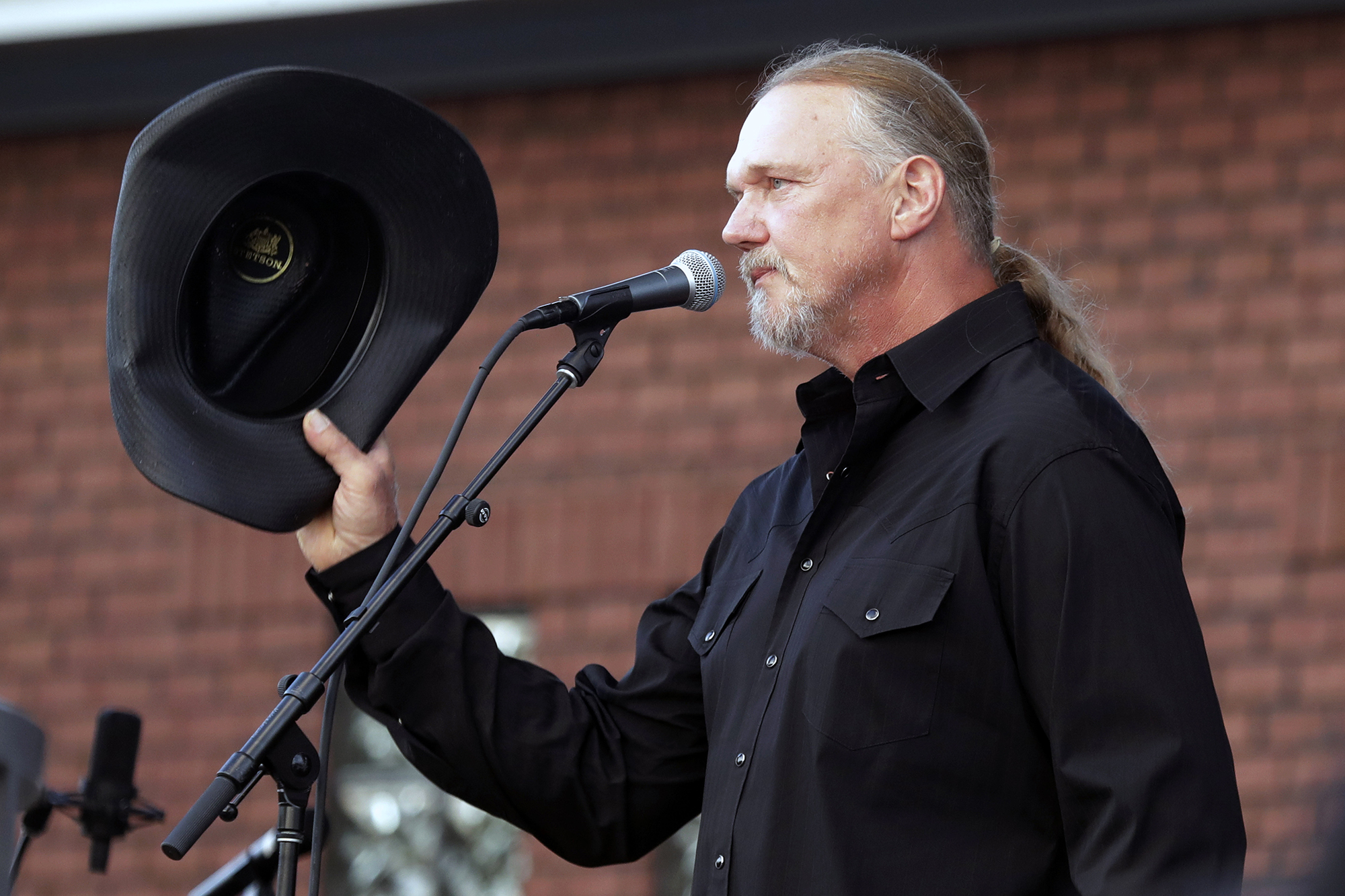 10. My first real job was sacking groceries at Piggly Wiggly the summer between [my] sophomore and junior year[s] of high school. Before that, I [was] hauling hay.

13. I have a lot of bands thatI absolutely love and listen to, but if I was pressed to pick my favorite, it would be Lynyrd Skynyrd.

14. My first concert was Whitesnake at First Memorial Coliseum in 1980, I believe.

15. My total weakness is tobacco.

17. My favorite show to binge right now is Ozark.

18. My dream job is being a good-looking mute gun fighter. He rides into town, has a shoot-out, kisses the girl and then rides away with a lot of money. I was born in the wrong century.

19. My favorite mode of transportation is a pickup truck.

20. A destination I’d love to visit is Cairo, Egypt.

21. Something I hate that most people like is dark chocolate. I feel like it’s just a half-hearted effort, like they only got so far with it and said, “We’re just not going to put the sweet stuff [in].”

23. My favorite app is The Weather Channel app.

25. I like the smell of a skunk. Something about the smell immediately takes me back to being 12 years old in the woods and hunting.