Feeling for his friend. Kid Cudi sent well-wishes to close pal Travis Barker after the drummer was rushed to the hospital on Tuesday, June 28.

“Travis I love u and im prayin for u,” the 38-year-old “Pursuit of Happiness” artist tweeted as news of the 46-year-old’s undisclosed health scare made headlines. 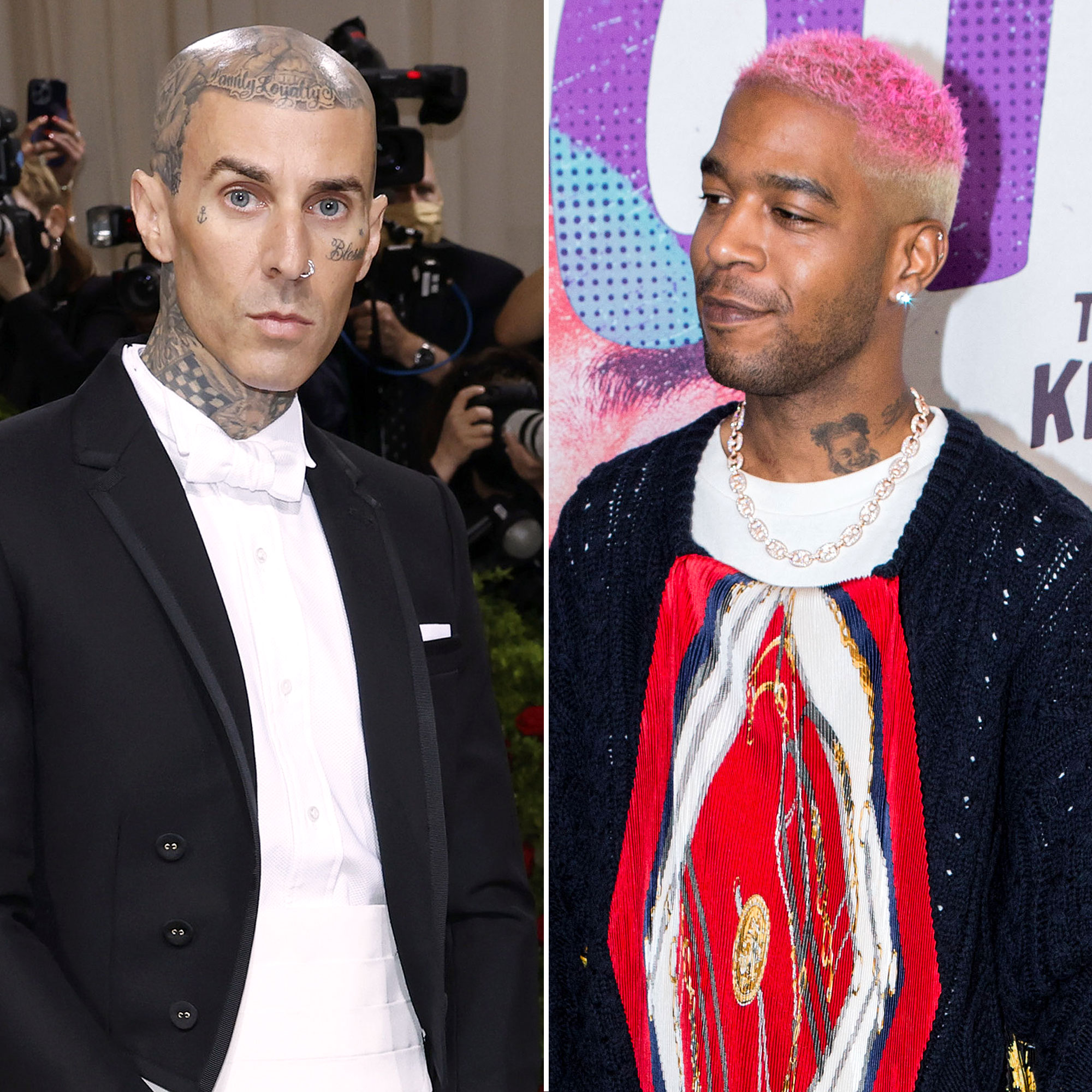 The musicians have been friends for years, previously collaborating on Barker’s 2011 track “Cool Head.” Fans were quick to echo Cudi’s message in the comments, with one social media user writing, “Sending positive vibes to Travis and his family. the one time I met him was a positive and inspiring experience. Truly hope he is okay.”

Celebrity Health Scares Through the Years

Us Weekly confirmed on Tuesday that the Blink-182 drummer was admitted to Cedars-Sinai Medical Center, but the reason for his hospitalization is not yet known. Photos published by TMZ showed Barker on a stretcher with wife Kourtney Kardashian by his side.

Hours earlier, the Meet the Barkers alum sparked concern with a cryptic tweet. “God save me,” he wrote.

His daughter, Alabama Barker, also reached out to fans for support amid the frenzy, taking to Instagram with a simple message. “Please send your prayers,” the 16-year-old wrote on Tuesday.

Alabama’s brother, Landon Barker, has yet to publicly address their father’s health. The 18-year-old performed with Machine Gun Kelly at Madison Square Garden in New York City on Tuesday night, singing “Die in California,” per an onlooker.

The Box Car Racer member shares his children with ex-wife Shanna Moakler, to whom he was married from 2004 to 2008. Travis and the Poosh founder, 43, got engaged in October 2021 and exchanged vows in an unofficial Las Vegas ceremony the following April after attending the 2022 Grammy Awards. In May, they tied the knot in a lavish Italian wedding surrounded by friends and family after holding an intimate courthouse ceremony in California.

As the twosome blend their families — Kardashian shares Mason, 12, Penelope, 9, and Reign, 7, with ex Scott Disick — they’ve given fans a glimpse at their journey to welcome a child of their own. Throughout the first season of Hulu’s The Kardashians, which came to an end earlier this month, the couple sought guidance from doctors and underwent a healthy cleanse to prepare for IVF.

“Both of their kids are just as excited about the possibility of having another sibling,” a source exclusively told Us in April, adding that Landon and Alabama “just want their father to be happy so, of course, they would fully support whatever makes him happy.”

Though they faced a few challenges along the way, Kardashian confessed in a May episode of the reality show that she felt “super grateful” for her partner’s support. “I don’t think I can do this on my own,” she told the cameras. “I just feel like this is something we have to do together. Making a baby together means we have to be on the same page.”