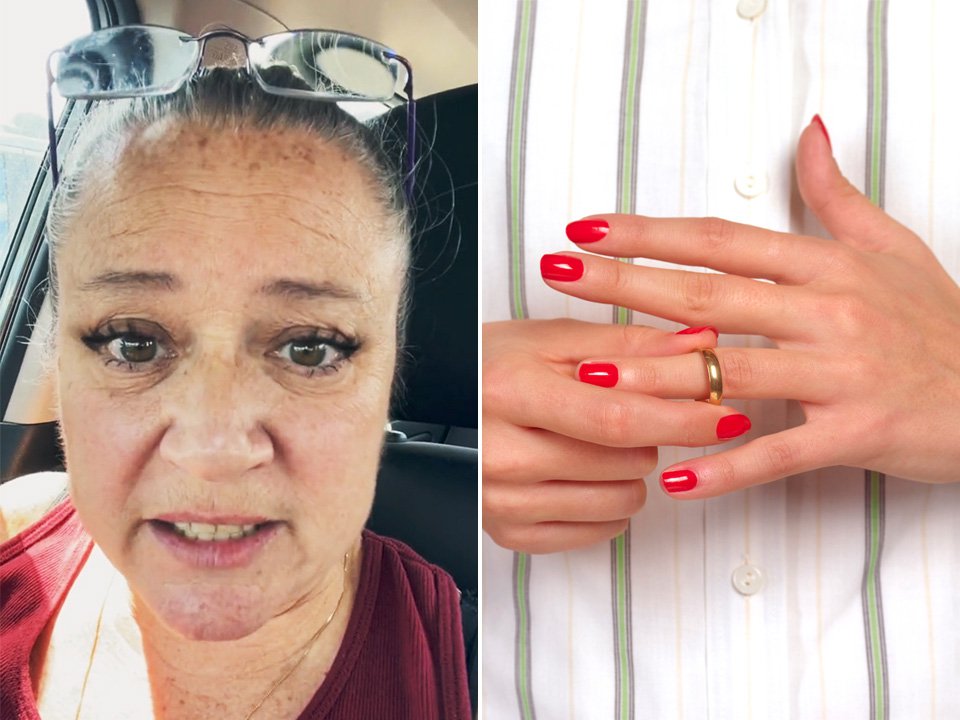 You might want to be careful what you say next time you’re in a taxi, as this woman’s story shows.

In the video, which has been viewed over 8.6 million times, Roni says she picked up a man who she saw saying goodbye to his wife and children outside his house before getting into the car.

She claims the customer then added an extra stop to the journey and, upon reaching this new destination, a woman with ‘a little bit of luggage’ got into the car too.

According to the driver, the man’s mood changed when his companion arrived. Roni said he seemed ‘so glad that [he] finally got away’ from ‘his damn wife’.

After sharing a kiss with the woman, the male passenger changed the drop-off location of the cab. But it was a specific conversation that irked Roni.

‘They continued to talk, and this, that, and the other,’ Roni recalled. ‘And she says: “You know I’m tired of you putting me off. When are you going to leave your wife?”‘

The driver says the man brushed off the question, so she decided to take matters into her own hands to force him to take accountability.

Roni was just five miles from the start destination, so dropped the passenger off in front of his marital home with his mistress in tow and left them in the front garden.

Roni explained: ‘There is nothing worse than a dog – female or male. Pull some s**t like that in my car, and you’re going to get done like that. Karma’s a motherf****r. Be better people, do better in life.

‘It didn’t end well for him today, I’m sure, because both of them had their baggage, and both of them were standing in his front yard when I left.’

She added: ‘This is my car. I work for myself. I am an independent contractor. If I choose to end your ride, it’s my choice.

‘If you are doing something crappy in my car, I have the right to handle it however I see fit.’

The move split online, where some called her Roni a ‘superhero’ and others criticised her for getting involved.

‘You’re straight savage I love it.’ said one TikTok commenter, while another wrote: ‘Maybe the wife is doing the same thing behind his back, who are we to put people on trial?’

‘I would’ve completed the ride, then went back and told the wife,’ said a third. ‘It wouldn’t be good for the kids to witness that drama…let her go on her own.’