A pair of revolvers that once belonged to Ulysses S. Grant has been sold for a seven-figure sum.

The Illinois-based Rock Island Auction Company announced the American commanding general’s Remington New Model Army revolvers were sold for $5.17 million on May 13 — the opening day of its three-day May Premier Auction.

The Rock Island Auction Company noted in a press release that the multimillion-dollar sale is the second-highest price that’s ever been paid for a collector firearm at the auction house.

The revolvers were artistically engraved with a vine-like pattern by L. D. Nimschke, a master firearm engraver from the 19th century.

Both revolvers have decorated grips that feature carved portraits of Grant. 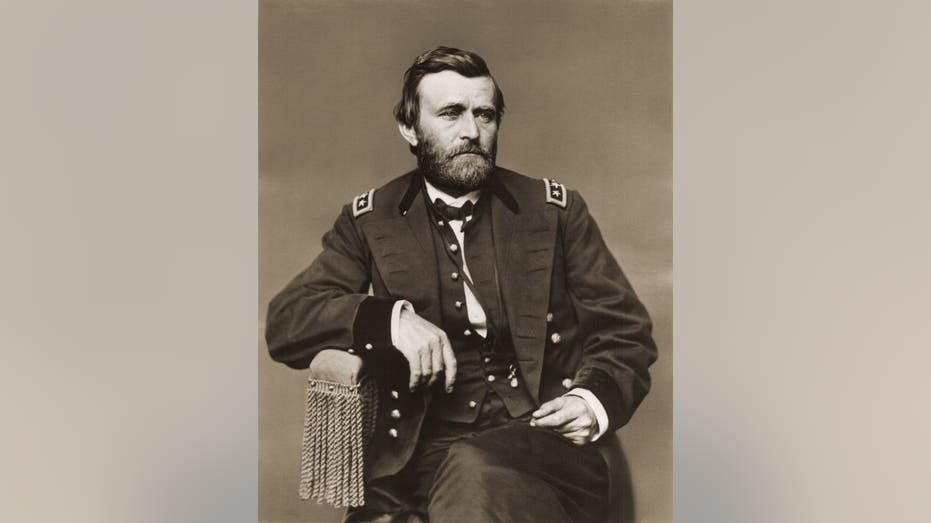 The full story behind the revolvers is not certain, but the Rock Island Auction Company reported that the firearms "were believed to have been presented to Grant after he captured Vicksburg on the Fourth of July in 1863."

This helped Grant — a Union Army general during the Civil War — secure "the length of the Mississippi River for the Union."

He’s often credited with stabilizing the country’s post-war economy and ratifying the 15th amendment, which gave African American men the right to vote.

Bidding started at $800,000 — and surpassed the weapon auctioneer’s top estimate by more than $2 million.

The winning bidder also received the original rosewood case that the revolvers are stored in along with a "full complement of accessories."

COLLECTION OF NAPOLEON'S HISTORIC GUNS, SWORD FROM 1700S UP FOR AUCTION: 'FINEST ARMS EVER CREATED'

That was a six-piece garniture that once belonged to Napoleon Bonaparte, which sold for $2.875 million in December 2021. 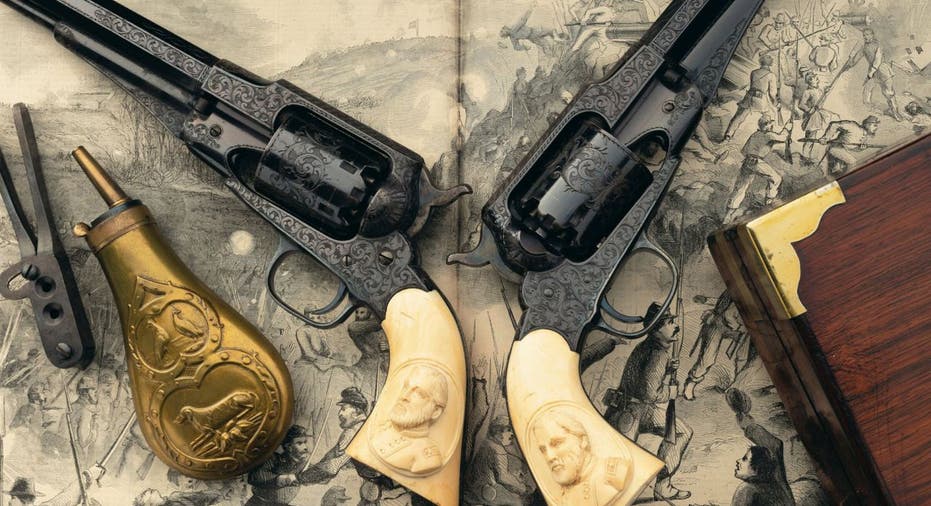 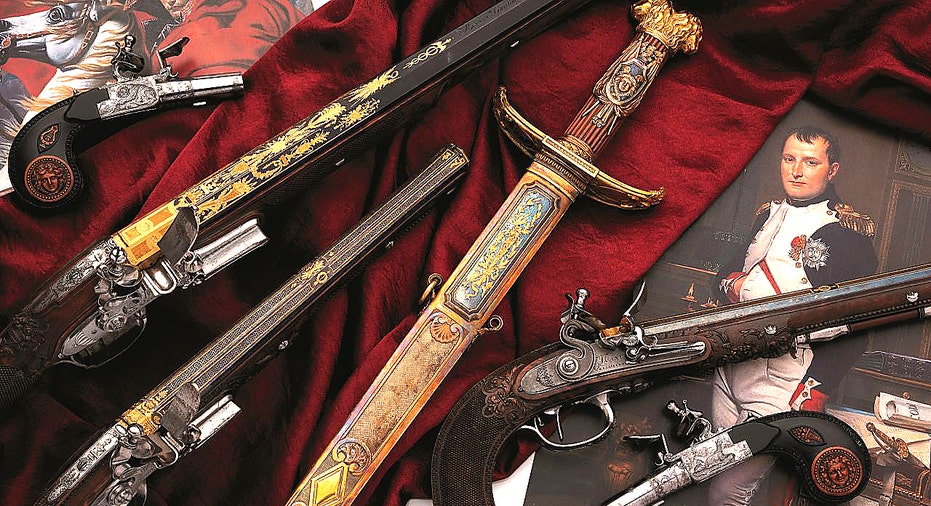 A historic pair of revolvers that reportedly once belonged to Ulysses S. Grant was put up for auction by the Rock Island Auction Company in May 2021. The set included a rosewood case and firearm accessories. | Fox News

"We are seeing remarkable prices in the collectible firearms market, and this is a tremendous example," said Kevin Hogan, president of Rock Island Auction Company, in a statement.

“More and more collectors are recognizing the value and importance these objects can carry.”

"The growth has been extraordinary year after year, but recently there has been an explosion in the fine arms marketplace," Hogan continued.

"More and more collectors are recognizing the value and importance these objects can carry."

In total, the Rock Island Auction Company sold more than 2,000 lots from May 13 to May 15, and it reportedly made $28.2 million from the auction.

The company says its May 2022 Premier Auction is the second largest in its history.