Giovanni Pernice is back on TV this Saturday. But a lucky few have swivelled hips with him at classes packed with middle-aged superfans, and as IRAM RAMZAN confirms… Up close he really is Strictly Giorgeous!

Which his slicked- back hair, chiselled features and washboard stomach, Giovanni Pernice has been thrilling Strictly audiences since he joined as a professional dancer in 2015.

The 31-year-old Italian has won legions of (mostly female) superfans with his superlative samba, sexy strut and the cheeky glint in his eye.

He’s reached three finals in the past five years, with partners including actress Georgia May Foote, singer Faye Tozer and radio presenter Debbie McGee. And this Saturday, he’s back beneath the glitterball for the start of Strictly’s 19th series.

But for a select group of admirers — me included — Gio never went away.

In the grip of the bleak January lockdown, he started offering online dance classes at £15 a week. Demand was so high, more than 1,000 of us logged on some days. Needless to say, I jumped at the chance of a weekly Gio fix.

And when he announced a handful of face-to-face classes, I couldn’t resist paying out £54 to see him perform up close and personal. 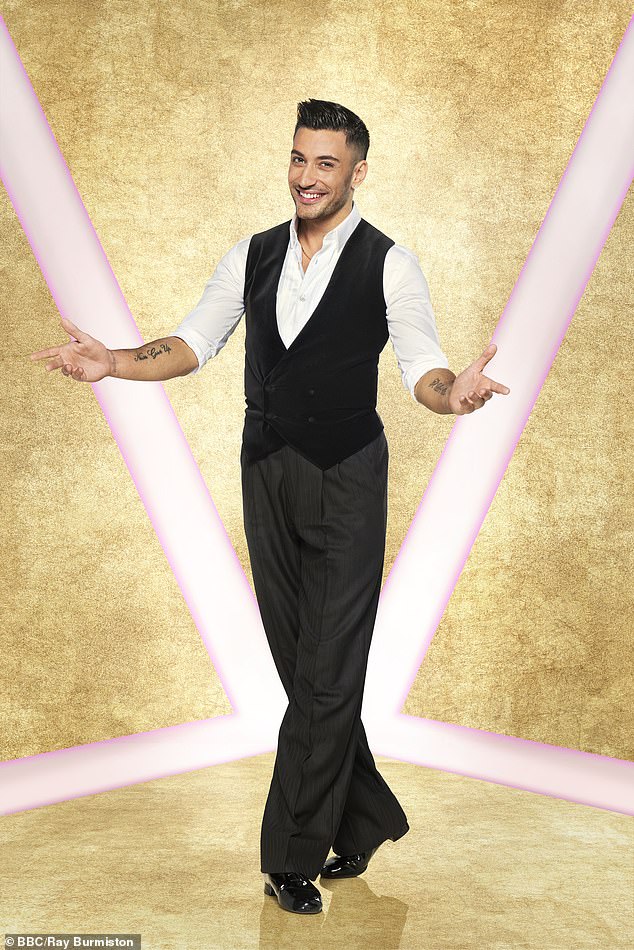 Which his slicked- back hair, chiselled features and washboard stomach, Giovanni Pernice (pictured) has been thrilling Strictly audiences since he joined as a professional dancer in 2015

So it is that, on a humid Saturday afternoon, I find myself at a dance studio in south London. I know I’m in the right place because I’m faced with at least a hundred women — ranging from 16 to 60-plus — who are just as excitable as I am.

For many of us, it seems as though we know the dancing pro pretty intimately already. We’ve genned up on his background, and how he started dancing at the tender age of 14.

I spot a group of about a dozen women clad in customised T-shirts bearing his name. I assume they’re old friends, but discover they first met each other via the online classes, became firm friends and have now travelled down from Lancashire to see Gio in the flesh.

The atmosphere is one of camaraderie rather than competition; we are united in our appreciation. The room explodes into excited squeals as he strolls in wearing tight black jeans and matching T-shirt, which perfectly compliment his dark good looks.

Online we could cha-cha-cha, rumba, salsa and samba to our hearts’ delight with his cheeky instructions. 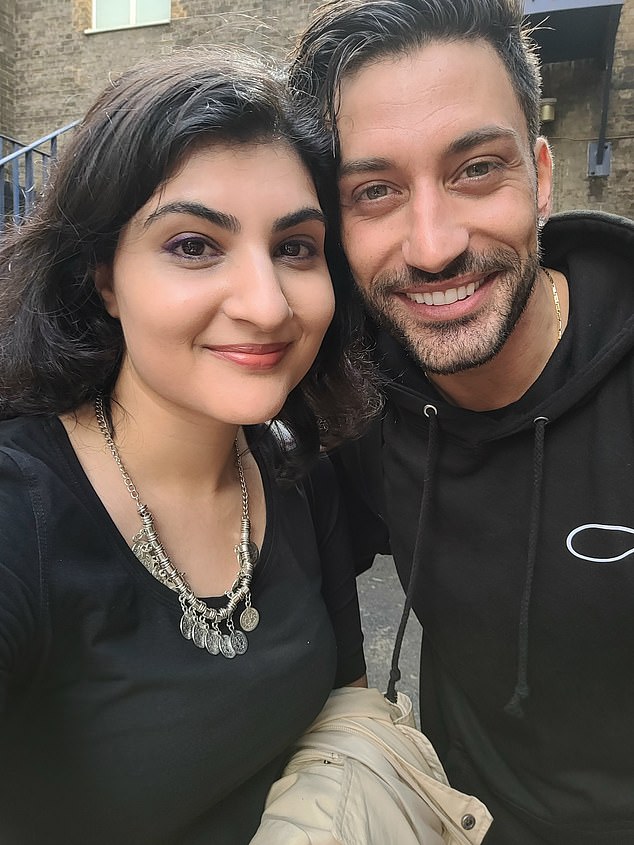 The 31-year-old Italian has won legions of (mostly female) superfans with his superlative samba, sexy strut and the cheeky glint in his eye. Pictured: Iram and Gio

Admittedly, jiving alone in your bedroom in front of a laptop isn’t quite the same as being in an actual class, but it was better than nothing. But now it’s gloriously live, and that means we have the added bonus of Gio feeling the need, every now and then, to lift his T-shirt, so we can better see his gyrating hips.

After greeting us all with a wide grin, he tells us we will be doing the samba, a Brazilian dance with African roots — though the ballroom version is slightly different.

Begin with your feet close together, Gio instructs us, relax your knees, and keep them soft and bouncy throughout. Up and down, up and down.

‘Lovely jubbly!’ he shouts — he’d look sexy even in a Robin Reliant — as we get into the rhythm.

There’s no stage; he is standing at the front demonstrating the moves as we all edge ever closer. Occasionally he shouts out encouragement, ‘You’re doing fabulous’, or stands on a chair to observe those further back: ‘We don’t want to see limp gestures — exaggerate! Really go for it!’ Ever the entertainer, he flicks his hair dramatically to make us laugh. 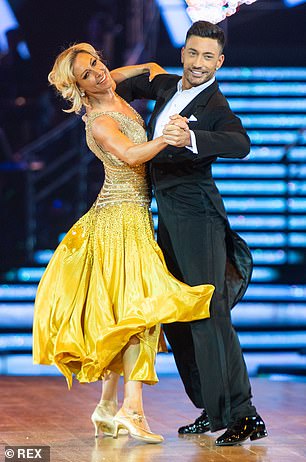 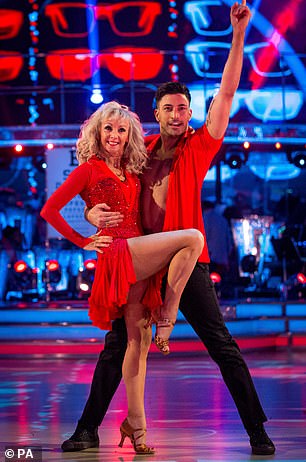 Looking around the room, I ask him how this compares to all those virtual classes during lockdown.

‘There’s just so much more energy when you get to teach a class in person,’ he replies. ‘Everyone vibes off each other and the atmosphere can be electric.’ Was he surprised by the big uptake of his classes online?

‘Definitely,’ he says, with charming modesty. ‘I didn’t realise I had so many fans.’

I struggle to remember this routine from one of our lockdown sessions, but a few of the older ladies get it very quickly. They later confess that they have done ballroom dancing in the past, hence their perfect postures. Just relax and have fun, I tell myself, as the music starts pumping. A few of us laugh awkwardly at each other as we forget our steps.

There’s no judgment on this dance floor, though I dread to imagine Craig Revel Horwood’s lacerating remarks.

‘Keep bouncing, ladies. Remember: the samba is all about the bounce!’ Gio shouts.

I’m trying! But what makes it more fun is Gio: his teaching style, his lack of judgment. And did I mention those hips, that sassy smile… and how fresh he looks despite all the sweating… Focus Iram!

Suddenly, I’m back in the swing of things. It was watching Strictly that first inspired me to take lessons five years ago. I picked salsa, the spicy Latin dance that’s all about sashaying with your partner.

And because you’re constantly changing partners, you meet so many people.

Whenever I walk into a class and put on my dancing shoes, I feel a sense of release — the stress of the day leaves me as I concentrate solely on the physicality of the challenge ahead.

Throughout today’s class, Gio keeps up the banter, gently mimicking some of his fans’ regional accents. And, yes, he’s keen on the phrase, ‘Lovely jubbly!’

The take-home message is: Don’t think too hard, feel the music and let yourself go.

After the class, he turns those gorgeous green Italian eyes on me as I stand sweaty and exhilarated, and the final chords of the funky Latin song fade.

‘I was watching you, you dance really well!’ he says smiling, as I feel the eyes of a hundred other women bore into me. ‘I can tell you’ve danced before.’

Alas, there are no more live — or online — classes with him for the time being.

In the meantime, his legions of female fans will have to content ourselves with watching Gio on the small screen, as he shimmies across the Strictly dance floor with his next celebrity partner — lucky girl!