After an Instagram photo of the couple amassed comments about Beckham’s oversized “wellies” on Sunday, the pop star-turned-designer likened her husband’s footwear to that worn by a famous Disney villain.

“Gaston wants his boots back @davidbeckham,” Victoria, 46, jokingly wrote on her Instagram Story alongside a split shot of her athlete husband, 45, and the iconic “Beauty and the Beast” character.

“Can we talk bout the boots???” one follower commented under the former Spice Girl’s original post, while another person wrote, “Wellies are a tad much Dave!!” 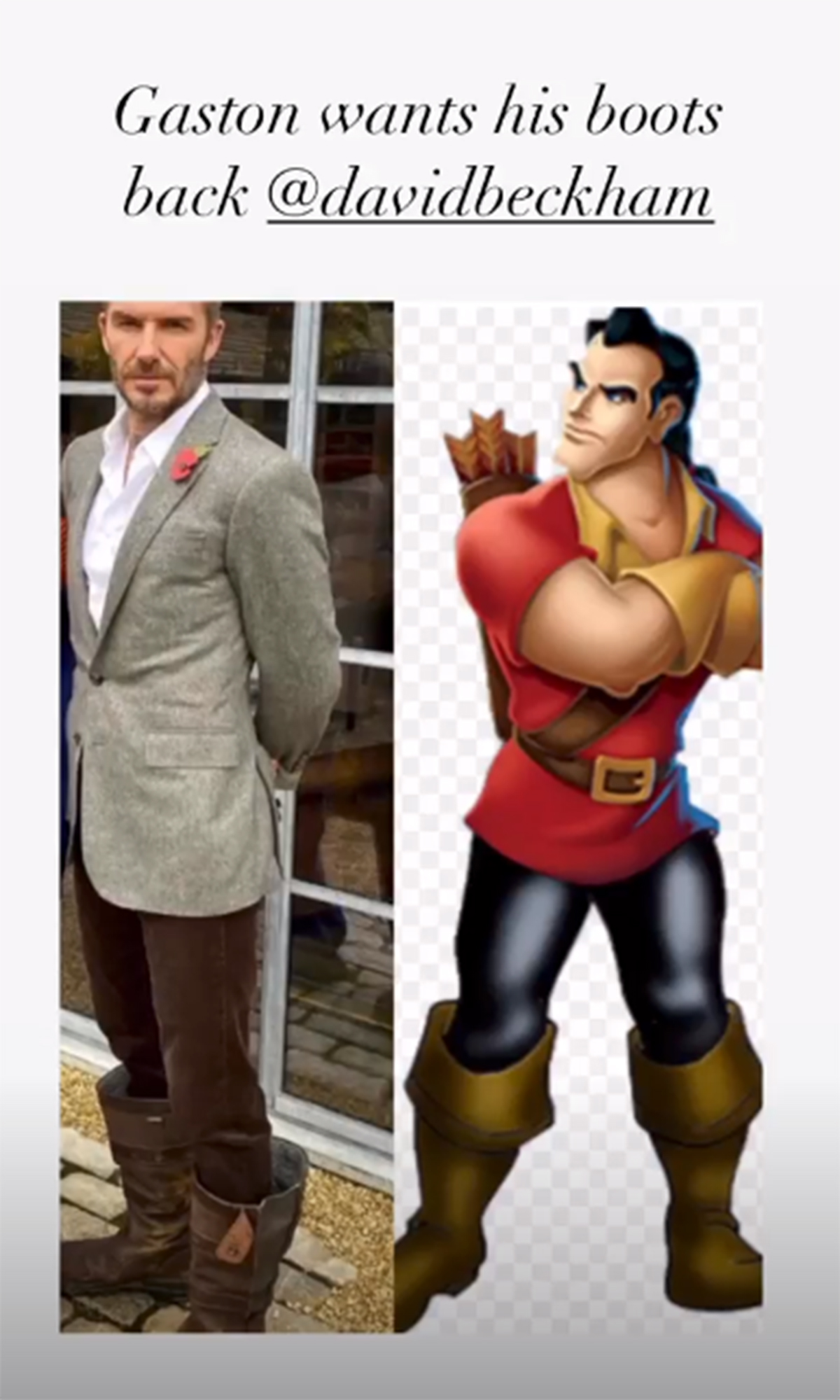 David didn’t let Victoria’s comments slide. “So my wife decided to post before asking me or cropping my last minute shoe option,” he wrote underneath a similar side-by-side comparison.

“Revenge will be sweet @victoriabeckham,” he quipped.

The couple was dressed for a visit to the Royal Hospital Chelsea, a nursing and retirement home for veterans of the British Army. Along with their two youngest children, 9-year-old Harper and 15-year-old Cruz, they sported poppies to honor veterans on Remembrance Day.

It’s not the first time they’ve taken to Instagram to mock each other’s fashion choices, as David once poked fun at Victoria’s $2,735 boating outfit.

The pair celebrated their 21st wedding anniversary in July, and have four children together.