A man who is registered blind says he was asked to leave branches of Sainsbury’s and Wagamama with his guide dog – because neither venue allow dogs on the premises.

Scott Bailey, 33, from Crewe, was visiting London with his wife Amanda and daughters Grace, 15, and Darcey, nine, when he was approached in a Sainsbury’s store and later in Wagamamas, both in Paddington, on Tuesday and asked to leave.

Bailey has diabetic retinopathy, a complication of diabetes that causes damage to the blood vessels in the back of the eye, meaning he has only light perception and the ability to see shapes.

The father-of-two, who’s had ten surgeries to help his sight, told Femail that his three-year-old Golden Retriever guide dog Milo is his constant companion and he was shocked that staff in both the supermarket branch and the restaurant chain were unaware that it’s illegal to deny someone entry with a guide dog. 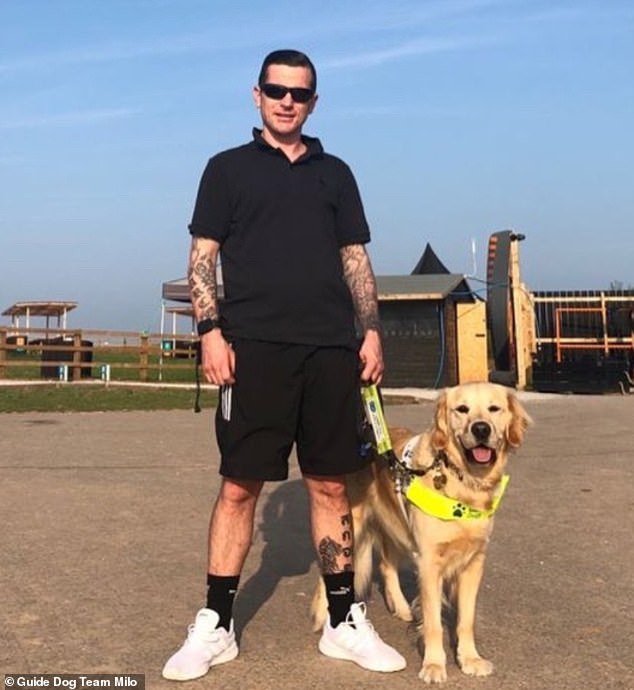 Scott Bailey, 33, from Crewe has diabetic retinopathy, a complication of diabetes that causes damage to the blood vessels in the back of the eye. He relies on his Golden Retriever guide dog Milo to safely get around 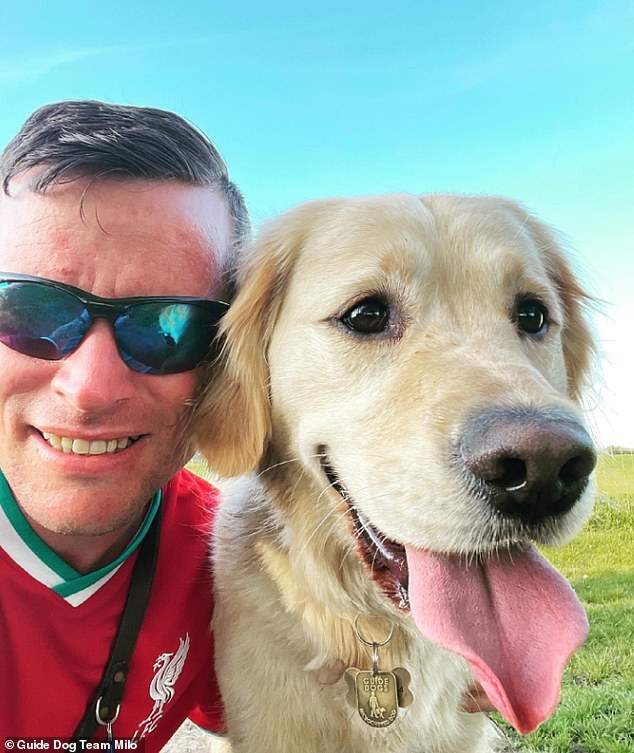 Bailey told FEMAIL that staff members at both Wagamamas and Sainsbury’s in Paddington, London, asked the family to leave because they didn’t allow dogs – despite Milo being ‘a typical guide dog with bright yellow harness’ 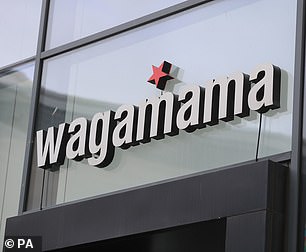 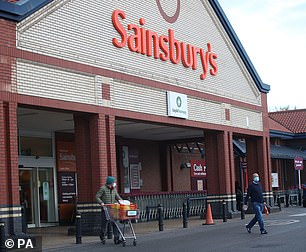 The family were in the capital to visit The Kennel Club in Mayfair, after Milo had been announced as a finalist for the Hero Dog award at Crufts.

He explained: ‘It’s the first time it’s happened to us and it’s very upsetting.

‘In Sainsbury’s, we were browsing in the store when a staff member walked up to us and said: “We don’t allow dogs in here”. It threw me because Milo is a typical Golden Retriever guide dog with a bright yellow harness.’

He says that after explaining it was illegal to refuse entry to a guide dog, the Sainsbury’s staff member repeated that dogs weren’t allowed.

After reiterating for a second time that he needed Milo to help guide him around the store, he says the employee walked off and the family then left the store.

Bailey says: ‘We paid and left, there was no apology; if we knew the area, we’d have probably left the goods but we needed them. It baffled us and knocked my confidence.’

He said the family have a Guide Dogs passport explaining it’s illegal to refuse entry to Milo but they’ve never had to use it before.

A short time later they visited a branch of Wagamama, also in Paddington, and had a near identical experience, with two members of staff telling the family that they couldn’t eat at the restaurant. 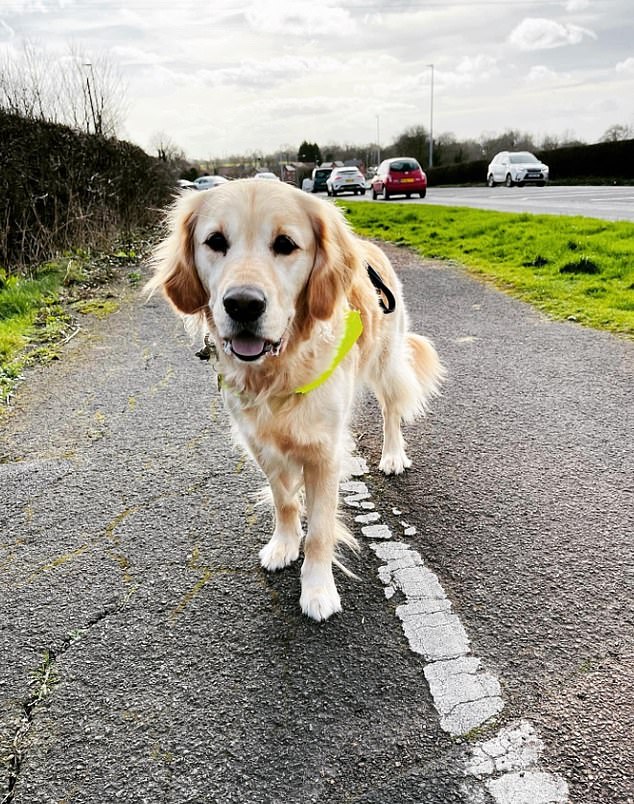 UK organisation Guide Dogs says research shows that around 75 per cent of assistance dog owners have been refused access to a restaurant, shop or taxi 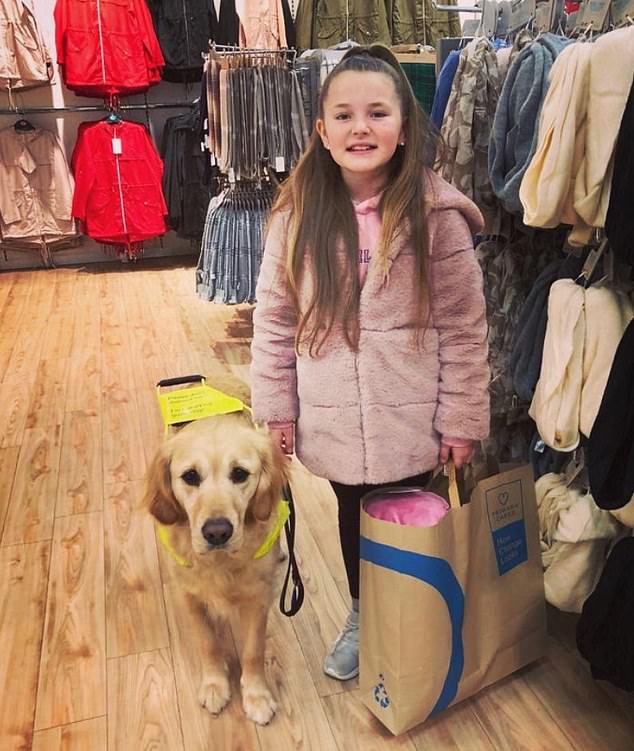 Bailey said it was difficult for his family, including daughter Darcey, nine (pictured), to see him asked to leave both venues because of Milo 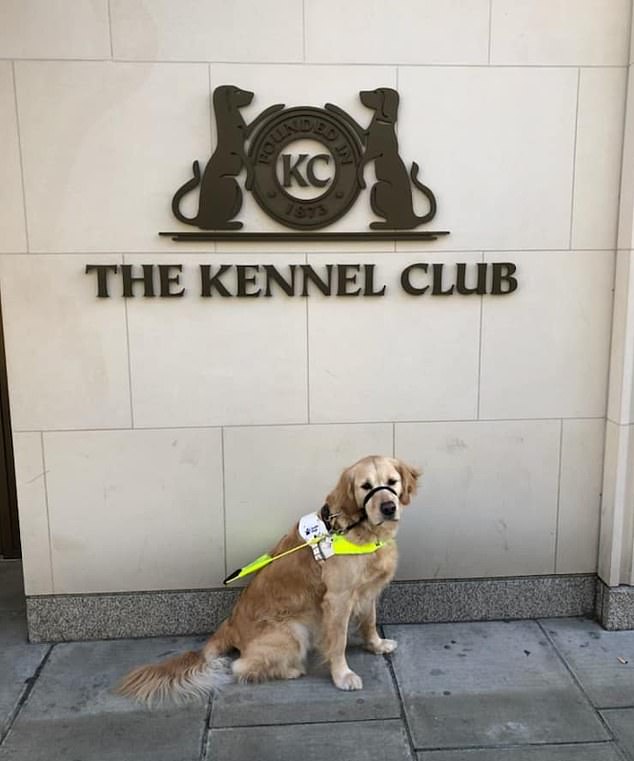 The family were in the capital to visit The Kennel Club in Mayfair, after Milo had been announced as a finalist for the Hero Dog award at Crufts 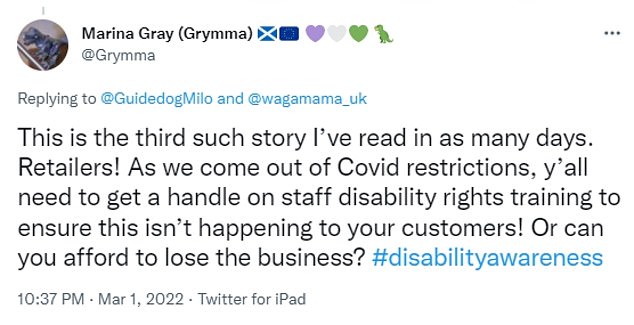 WHAT IS DIABETIC RETINOPATHY?

Diabetic retinopathy is the most common form of eye disease affecting sufferers of the blood-sugar condition.

It causes around 1,280 new cases of blindness every year in the UK. Nearly 7.7 million people in the US are affected by the condition.

Diabetic retinopathy usually impacts people who have had type 1 or 2 diabetes for several years.

It occurs when changes in blood-glucose levels result in alternations to the blood vessels in the retina.

This can cause the vessels to swell and leak fluid into the back of the eye.

Abnormal blood vessels can also grow on the retina’s surface, which can affect vision and cause blindness.

Early stage diabetic retinopathy can be painless. In advanced cases, symptoms may include:

At-risk people include those with poor blood-glucose control, protein in their urine, high blood pressure, prolonged diabetes and raised fats in their blood.

Diabetic retinopathy can be prevented through regular eye examinations and proper diabetes management.

Its main treatment is laser surgery.

Bailey says it was ‘humiliating’ with a queue forming as they tried to explain that they were legally allowed to be seated with Milo in the Asian restaurant.

Eventually, a manager was called and the family were seated but Bailey says it was impossible to enjoy their food after the incident.

UK organisation Guide Dogs says research shows that around 75 per cent of assistance dog owners have been refused access to a restaurant, shop or taxi.

In England, Scotland and Wales, the Equality Act means guide dog and other assistance dog owners have the right to enter most services, premises and vehicles with their dog.

Chris Theobald, Senior Policy, Public Affairs and Campaign Manager from Guide Dogs said: ‘It’s completely unacceptable that Scott and his family were put in this position. Ignorance of the law is not an excuse.

‘All blind and partially sighted people deserve to be able to live their lives the way they want, and feel confident, independent and supported in the world. It is illegal for a business or service to refuse entry to a customer with a guide dog, yet, sadly, it happens all too often.

‘Our research shows that three-quarters of guide dog owners have experienced access refusals and this is a clear form of discrimination.’

A spokesperson for Sainsbury’s said: ‘We have apologised to Scott. We have a clear policy which welcomes guide dogs into our stores and we are investigating his experience.’

A spokesperson for Wagamama told FEMAIL: ‘Wagamama welcomes guide dogs into all of its restaurants. On this particular occasion a junior employee was unsure and checked with the duty manager who quickly made the policy clear.

‘The staff member and the manager sincerely apologised to the guest on the night for the misunderstanding and subsequently have been in touch to invite them back in the near future.’

After posting about his experiences on social media, Bailey received supportive messages on Twitter.

@JanetSt61924420 wrote: ‘I’m sorry this happened to you. Ignorance is rife by design. Being a less prevalent and visible disability, the barriers are huge but easily overcome with understanding.’

@LoveLippy wrote: ‘Absolutely appalling and makes me so angry that people in general don’t seem to realise that this is illegal under the 2010 equality act. Apologies, gift vouchers aren’t enough either your staff need educating.’

@Grymma agreed, saying: ‘This is the third such story I’ve read in as many days. Retailers! As we come out of Covid restrictions, y’all need to get a handle on staff disability rights training to ensure this isn’t happening to your customers! Or can you afford to lose the business?’