Warner Bros. Apologizes to Disability Community Amid The Witches Backlash

A Warner Bros. spokesperson said the studio is "deeply saddened to learn that our depiction of the fictional characters in The Witches could upset people with disabilities." 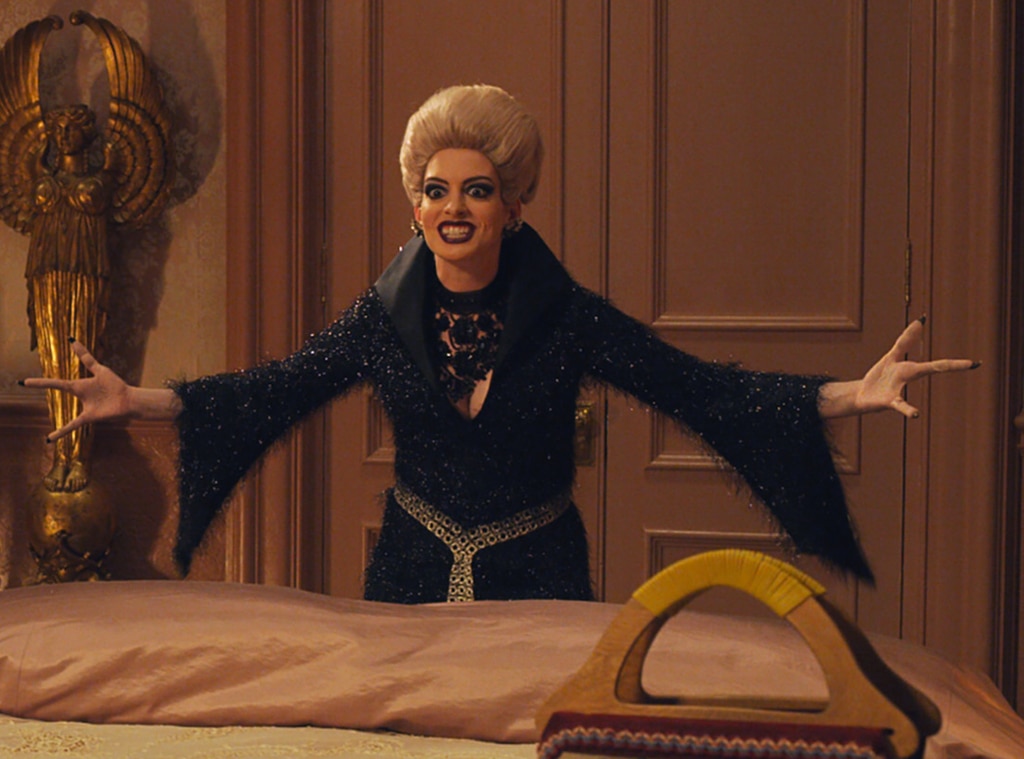 Warner Bros. is asking for forgiveness.

After receiving backlash from members of the disability community over the depiction of characters in its new movie The Witches, the studio issued an apology.

"We the filmmakers and Warner Bros. Pictures are deeply saddened to learn that our depiction of the fictional characters in The Witches could upset people with disabilities, and regret any offense caused," a Warner Bros. spokesperson told E! News. "In adapting the original story, we worked with designers and artists to come up with a new interpretation of the cat-like claws that are described in the book. It was never the intention for viewers to feel that the fantastical, non-human creatures were meant to represent them. This film is about the power of kindness and friendship. It is our hope that families and children can enjoy the film and embrace this empowering, love-filled theme."

The company has been criticized for its use of physical impairments in the characters' hands and feet, leading some viewers to express concern that the movie negatively portrays limb differences and could perpetuate stereotypes. For instance, Anne Hathaway's Grand High Witch is seen with hands that some say are similar to ectrodactyly, a genetic condition typified by the absence of some fingers and/or toes. In a trailer, the stars of the film also describe "how to spot a witch" and point to characteristics such as "claws" or an absence of toes.

After the film was released, several viewers took to social media to call out the studio with the hashtag #NotAWitch. One of the first people to do so was Amy Marren, a 22-year-old swimmer who won a bronze medal at the 2016 Paralympic Games.

"@WarnerBrosUK was there much thought given as to how this representation of limb differences would effect [sic] the limb difference community?!" she tweeted on Nov. 2. "@ReachCharity @RoaldFull."

She later added, "Please educate yourself on #LimbDifferences and the support the idea that you are #NotAWitch because you look different! You can also actively support the limb difference community by using words that describe us as PEOPLE, as it's not the difference that defines us."

Warner Bros. Apologizes for "Any Offense Caused" by The Witches

Clare Cashmore—a 32-year-old athlete who has won gold, silver and bronze medals while competing at four Paralympic Games—shared the memories the film brought up for her, as well.

"'Your arm is so scary.' ‘Your arm makes me feel sick.' These are just a few comments I received growing up," she wrote in part of an Instagram post on Nov. 3. "As a self-conscious youngster these comments hurt ALOT and would knock my confidence. Nowadays I just feel sorry for the very ignorant people."

She then said seeing The Witches made her "very confused/upset."

"Yes you could say it's great to see someone with a limb difference on TV and more than anything I really want to see more representation in the media," she continued. "However we want disabilities to…be normalised and be represented in a positive light rather than being associated with being a scary, evil, witch."

"I know a lot of children and adults who are born missing their fingers and I want them to know that this does not represent you," she added. "Your limb difference is not scary. Your difference is unique and beautiful and should be celebrated. Some may think that the limb difference community is being over sensitive. But have you lived your life trying to overcome a stigma?"

The Paralympic Games also reacted. In a tweet, it stated that "limb difference is not scary" and that "differences should be celebrated and disability has to be normalized."

The 2020 remake of the 1990's film The Witches—which also features Octavia Spencer, Stanley Tucci and Chris Rock—is based on the 1983 novel by Roald Dahl.