Nicki Minaj and her controversial boyfriend, Kenneth “Zoo” Petty, can hardly keep their hands to themselves in her “Megatron” music video, which premiered on Friday, June 21.

The visual for the rapper’s new single, which features neon lights and a jungle backdrop like her 2014 video for “Anaconda,” shows the couple getting up close and personal in a hot tub. She twerks and dances for her shirtless beau, who is a registered sex offender in the state of New York.

“I f–k him like I miss him / He just came out of prison,” Minaj, 36, raps in the first verse, referencing Petty’s checkered past. 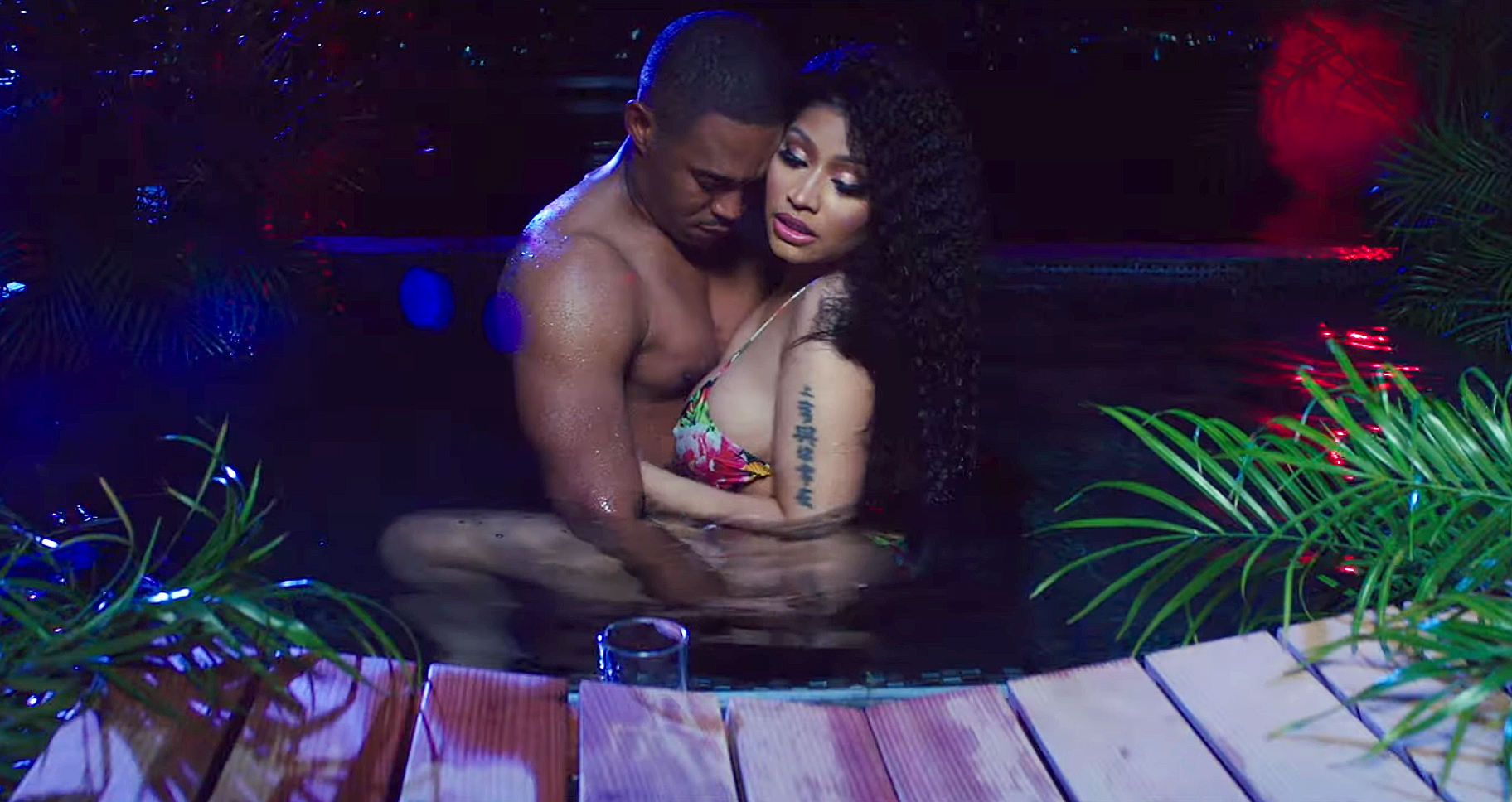 The Grammy nominee went public with Petty, 41, in December 2018 when she posted photos on Instagram of them celebrating her birthday. When fans pointed out in the comments section that Petty was convicted of attempted rape in 1995 and pleaded guilty to manslaughter 11 years later, Minaj defiantly responded, “Y’all can’t run my life. Y’all can’t even run y’all own life.”

A source told Us Weekly in December that the pair first dated when Minaj was a teenager before rekindling late last year in their mutual hometown of Queens, New York. She later confirmed the news of their past relationship, tweeting in January, “Timing is everything.”

“Nicki is absolutely head over heels in love with Kenny,” a second source told Us. “She fell hard and fast. She hasn’t smiled this much in a long time. … She really believes that he has changed since his troublesome days, but some of her friends are still a bit wary.”