Home » Lifestyle » ‘We got what we deserved’: Recriminations flow after Keneally defeat

As Dai Le watched the election results stream in on Saturday night at Cabramatta Golf Club, the magnitude of what she had achieved began to hit her.

When she was seven years old, Le, her mother and two younger sisters fled Saigon by boat after the collapse of the US-backed South Vietnamese government. After spending several years in refugee camps in the Philippines and Hong Kong, they travelled to Australia, attracted by the promise of high-quality public schools and freedom from persecution. 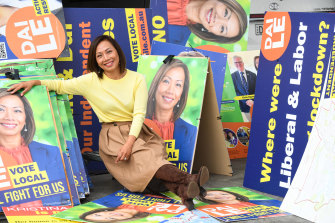 Now the results showed the independent candidate defeating star Labor frontbencher Kristina Keneally in one of the election’s most stunning upsets.

“I thought to myself, ‘Shit. Am I really going to get into parliament as the first ever Vietnamese-Australian with a refugee background?’” Le says. “We nearly died escaping Communism. I remember being that young girl on a boat and now I am on the cusp of entering the House of Representatives. It is surreal what we’ve achieved.”

The flipside of Le’s jubilation was Keneally’s humiliation: the former NSW premier had been handed one of the safest Labor seats in the country and lost it.

Instead of being a senior cabinet minister in an Albanese government, Keneally finds herself in the political wilderness, facing unemployment after being comprehensively rejected by Fowler’s ethnically diverse, working-class and usually loyal Labor voters. 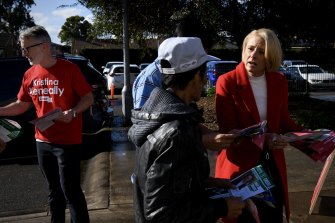 It’s unclear what she will do next. Keneally, who was born in the United States, has previously been floated as a potential ambassador to Washington, a position that will become vacant following the impending departure of Arthur Sinodinos.

The 18 per cent primary vote swing against Labor in Fowler was one of the biggest in the country, double that suffered by the Liberal Party in affluent seats such as Wentworth and Kooyong.

Keneally formally conceded defeat on Sunday night after going to ground earlier in the day, making no public appearances and declining calls from reporters.

Another party veteran says: “She’s entitled to be hurt and upset.”

It was clear Labor was worried about Fowler in the final weeks of the campaign. The ALP plastered Cabramatta and Fairfield with Keneally posters and bombarded residents with negative text messages linking Le, a former state Liberal candidate, to the Morrison government.

Still, with Morrison clearly on the nose with voters, party insiders believed Keneally would get across the line. “I was assured it was ok,” the NSW Labor source says. “It’s a terrible shame to see her in this position.”

While Keneally has her enemies in the party, the source said she was widely believed to have performed strongly as shadow minister for home affairs and immigration – one of the toughest portfolios for a Labor frontbencher.

One of Keneally’s Labor colleagues is more blunt, saying: “We got what we deserved. Kristina is an excellent parliamentarian and member of the team, but that seat didn’t make sense. The manoeuvre to put her into Fowler was wrong and the people of Fowler clearly agreed.”

Asked if the party had learnt any lessons after the fiasco, the MP said: “I bloody hope so.”

After unsuccessfully trying to unseat Liberal MP John Alexander in a December 2017 by-election, Keneally entered the Senate soon after to fill the spot left vacant when Sam Dastyari resigned over a donations scandal.

She quickly rose in seniority, serving as Bill Shorten’s attack dog during the 2019 campaign and forming a close bond with successor Anthony Albanese.

But a problem arose in the middle of last year when it became clear a sitting NSW Labor senator was about to lose their winnable spot on the party’s ticket. The contest for the NSW right faction’s top Senate spot pitted Keneally against backbencher Deb O’Neill. Keneally had a much higher profile and was more senior, but O’Neill had the backing of the powerful “shoppies” union.

The retirement of longtime Fowler MP Chris Hayes seemed to offer an elegant solution: Keneally would replace Hayes while O’Neill stayed put in the Senate.

The idea proved instantly controversial: Keneally lived over 50 kilometres away, on the Northern Beaches enclave of Scotland Island, and had no deep connections to western Sydney.

Hayes had wanted Tu Le, a Vietnamese-Australian lawyer, to succeed him, a move that would have increased the diversity of the Australian parliament. Instead, Labor’s national executive, backed by Albanese, bypassed a rank-and-file vote and parachuted Keneally into the seat.

“I made my position pretty clear some time ago supporting a local candidate,” Hayes told The Herald on Sunday. “Sussex Street took a different view”.

The controversy opened an opportunity for Fairfield deputy mayor Dai Le, who won respect from the local community for standing up to the NSW government during last year’s harsh western Sydney lockdowns. Keneally – a wealthy, white woman from the Northern Beaches – was the embodiment of the other side of Sydney where restrictions were less severe.

Even so, Tu Le, the candidate Labor overlooked for the seat, says she was “quite shocked” by the size of the swing against Labor. 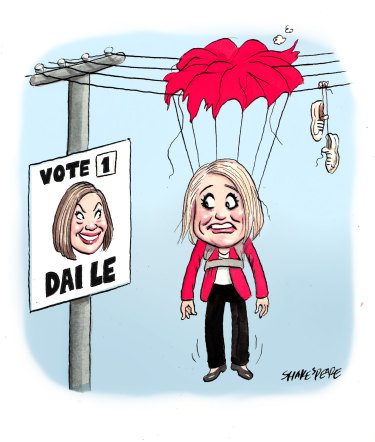 “On the ground there was a bit of outrage about the parachuted candidate, to be frank, but it was considered one of the safest seats in the country so I didn’t expect the result we saw last night,” she says.

“This outcome sent a clear message to political parties that you can’t take local communities for granted and ignore community voices. It’s a very disappointing outcome for the Labor faithful, but there are definitely lessons to be learnt here.”

Although she is one of a wave of newly elected independents, Dai Le distinguishes herself from the “teal” independents backed by Simon Holmes a Court’s Climate 200 organisation.

“I’m so grassroots I ran on the smell of an oily rag,” she says. “We had to draw down the mortgage on our home. People gave me $25 here, a few hundred dollars there and that helped but the majority was our money.”

She says her victory is a warning to the major parties not to treat their loyal voters like second class citizens.

“We are the forgotten people,” she says of the residents of Fowler. “Nobody cared for us, not the Liberals, not Labor. We finally decided we would have our own voice.”