We’re a disagreeable country and arguing is a national pastime

The Australian students at Harvard University are constantly searching for some marker of cultural distinction – a quirk or custom that distinguishes us from the Americans. For the most part, the search proves unavailing. After all, our language, clothing, and cultural references are common to much of the Anglosphere – or at least within the margin of error.

So, the crowd at group dinners and parties gravitate to the few things that are recognisably, trademarkably Australian. We moan the loss of easy access to Tim Tams. We talk about sports. We make an effort to swear, ockerly. We get smug about compulsory voting.

Not until the first drinks have done their work do people set aside this charade and settle into a more honest interaction. The blowhard across the table brags one too many times and a voice on this side deadpans, “that’s bullshit, mate.” 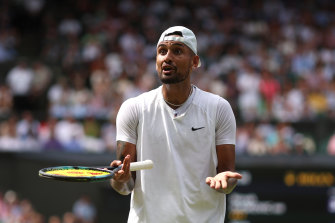 Nick Kyrgios during the Wimbledon final on Sunday.Credit:Getty

The resulting exchange teems with sounds and phrases one does not hear among polite company in the United States. “All right then, legend”, “you know that’s rubbish, right?” and that dreaded chasmic noise, “nahhhhh.”

This, for me, is where the Australian spirit resides: in the sounds of disagreement. Our national character speaks less in orations, sermons, and platitudes than in critiques, barbs, and pans. We are, for good or ill, a country of arguers – and I believe our future will turn on whether we can find the skills and values to disagree well.

Some 20 years ago, as a new immigrant to the country with no grasp of English, I listened to disagreements unfold on the playground of my primary school, on the evening news, and in restaurants and parks – with no small measure of terror.

The jagged rhythms of speech. The sharp consonants and snarling vowels. The interruptions. Each rang in my ear as potential sources of hurt and embarrassment. So I learnt to withdraw, to wear a distant smile, and to keep my thoughts to myself. 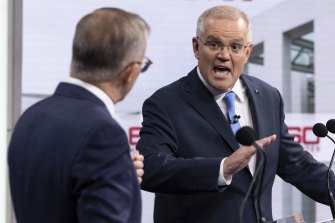 Anthony Albanese and Scott Morrison in a debate in May.Credit:Alex Ellinghausen

What broke me out of my habitual conflict aversion was joining, in year five, the school debating team. This seems a baffling decision in retrospect. But the promise that my teacher made me – “in debating, when one person speaks, no one else does” – had seemed to me, then, irresistible.

On the debating team, I learnt the skills of good argument and the secrets of effective communication, from constructing a point to discerning which ideas to challenge and which to let go. I found a way to survive and even thrive in a country that prizes the ability to hold one’s own in an argument. I began to hear in the irregular beats of argument a certain kind of music.

I chased these lessons for more than 15 years, winning two world championships, serving as the coach of the Australian national and Harvard debate teams, and, now, publishing a book on how debate can teach us to disagree better in our everyday lives. Returning to Australia on my book tour, I have been reflecting on the opportunities and challenges facing a nation that has made argument a national pastime. 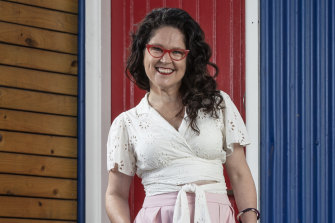 Australia may be the best place in the world to learn debate. The first-ever world championships for high school debate was held in this country in 1988, and Australia has since won the annual competition more than any other country. Australian universities regularly outcompete top-ranked institutions such as the Oxbridge and Ivy League universities. Leading figures including Gough Whitlam, Michael Kirby, and Annabel Crabb were former debaters.

This record of success owes, no doubt, to Australia’s education system and culture of free speech. It may stem from Australia’s status as a middle power in the periphery of the world – a position that grants a critical distance, and sense of irony, that the largest metropolises lack.

Such a robust culture of debate strengthens our country. Good arguments can unearth, then sharpen, the best ideas. They can help us form relationships and communities around, and not in spite of, our differences. If Australia weathers this global period of authoritarian resurgence, its resilience will owe, in part, to its willingness to call out, rebut, and laugh at bullshit. As George Orwell wrote of his native England, the goose-step cannot be used in countries where “the people in the street would laugh.”

Now our culture of argument faces serious challenges. The spread of misinformation and disinformation erodes shared truths that should form the baseline of our disagreements. Political polarisation sows distrust among citizens and shrinks the room for compromise and collective action. Meanwhile, the channels of mass communication – social media and partisan media outlets – seem to amplify only the most strident voices.

These challenges contribute to two looming crises in our public conversation. The more visible one is that too many of our arguments – on the internet, at work, or at home – are painful and useless. The hidden crisis that some people watching these ugly spectacles have and will resolve to withdraw from participating in the discussion at all.

Protecting good disagreements from these headwinds requires us to remember at least three things. First, as competitive debating teaches us, argument is a skill and not merely an act or event. The right to gripe and object is a cornerstone of our democracy but so, too, is its shadow: the responsibility to learn, to practice, and to take care to disagree well.

Second, we should beware the temptation to wrangle – to criticise others’ ideas without advancing an alternative solution. In debating, we follow even the most withering rebuttal with a counterclaim, or an answer to the question, “if not this, then what?” When we sit up from the critic’s repose and offer a positive argument, we open ourselves to attack; but we gain a more productive conversation.

Third, we should not substitute discussion for the substantive actions that it should precede.

Conversation can develop ideas, form consensus, and otherwise set the grounds for effective action; but a debate about protecting human rights is not the same as protecting human rights. If intelligence allows us to disagree well, wisdom counsels us to know when to argue and when to stop. Both starts with a better understanding of debate and its limits.

Noel Pearson once said the history of Australia has three strands – Indigenous heritage, British institutions, and multicultural migration – that weave into one “epic story.” Such a country should understand better than most that the stakes for managing our disagreements are nothing less than existential. Good arguments are not only what good democracies do, but what they are.

Bo Seo is a two-time world champion debater and a former coach of the Australian national debating team and the Harvard College Debating Union. His book Good Arguments is published by Simon and Schuster.