Home » Lifestyle » What do we know about Morrison’s secret ministries?

Revelations that Scott Morrison had himself appointed to a number of ministerial portfolios while prime minister have raised questions about how it was done, why it was kept secret and what the legal consequences might be.

Governor-General David Hurley has confirmed he appointed then-prime minister Morrison “to administer portfolios other than the Department of the Prime Minister and Cabinet” during the COVID-19 pandemic. 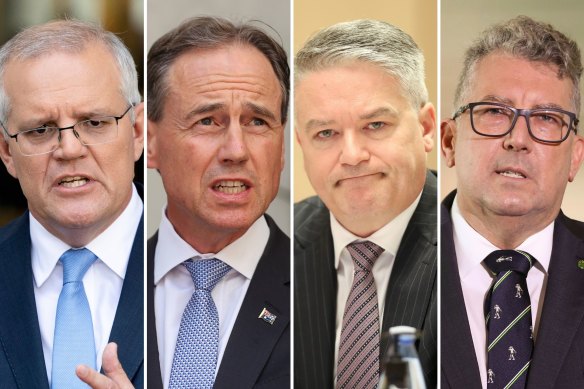 A new book, Plagued, and News Corp publications have revealed this was to the health and finance portfolios in March 2020, and then the industry, science, energy and resources portfolio in April 2021. The latter move cut across the roles of three other ministers.

Were these the only jobs Morrison added to his own?

No. Prime Minister Anthony Albanese said on Tuesday morning his department had told him Morrison was also appointed to administer Treasury (alongside Josh Frydenberg) and the Department of Home Affairs (whose minister was Karen Andrews) in May 2021.

Morrison says “there were a number that were considered at the time for safeguard reasons” but he cannot recall acting on those.

Why did Morrison do this?

Initially, he wanted to make sure there was backup for then-health minister Greg Hunt during the pandemic because biosecurity laws gave powers to the minister alone. A similar justification appears to have been used for the finance portfolio, although it’s less clear-cut why the minister, Mathias Cormann, needed reinforcement and why it was the prime minister rather than treasurer.

However, Morrison says he never exercised any of the powers under those portfolios.

Regarding the resources portfolio, Morrison says he needed to take on those powers so he could personally refuse a controversial licence to search for oil and gas off the NSW coast, including near Sydney.

He says the relevant minister, Keith Pitt, appeared to favour the project but as prime minister, he would not have been able to “look the people of Newcastle, the Central Coast and the Northern Beaches in the eye” if it had gone ahead, and the legislative powers to make the decision rested solely with the minister.

Why was it secret?

Morrison says he had a discussion with Hunt, who encouraged the idea of a double-up in health. But he says it was an “oversight” that Cormann wasn’t told about the finance portfolio, and he thought their offices would have communicated.

Pitt says he was told at some point in the middle of 2021, after Morrison had taken on the resources responsibilities.

Morrison says if he had had to use any of the health or finance powers, he would have revealed he had taken on the portfolios.

There seems to be general agreement among constitutional experts that the move was weird but lawful.

The Governor-General’s office says the appointments were consistent with section 64 of the Constitution, which gives him the power to appoint ministers to administer departments.

But there are other, more transparent mechanisms that could have been used, such as rules allowing a minister to temporarily delegate their powers, for example, if they were hospitalised or going on holiday. That permission has to be given in writing by the existing minister. Other methods of allocating responsibilities would normally be published in official documents – either the government gazette or an administrative arrangements order, which spells out which minister is in charge of what legislation – but that doesn’t appear to have been done here.

Why is it a problem?

It’s a basic feature of good governance that voters know who is in government and who the ministers are, says University of NSW constitutional law expert George Williams. This should always be the case but was even more important when there were extraordinary powers in play, such as with the biosecurity laws during the pandemic.

It could also cause problems if there are two people holding the same job and they disagree on a decision because laws are drawn up in a way that generally contemplate only a single minister.

Williams says that put the country into “uncharted waters” because it wasn’t clear how contradictions would be resolved.