If you told someone in 1985 that Neighbours would still be on air 34 years later, they'd probably be amazed that time travel had become a reality. They'd also be mildly surprised at the longevity of a show that, for all its many virtues, has never been exactly premium drama. In fact Neighbours' continued existence is a kind of defiance of natural laws, but then UK sales will do that.

Those of us who grew up thrilling to the escapades of Madge and Harold and Scott and Charlene and the several dozen different actresses who played Lucy may find today's adventures of Harlow and Dippi and Finn disorienting, but luckily Paul Robinson is still there, currently in his 84th season. That's Ramsay Street's secret: enduring familiarity. You can drop in any time and nothing will have changed besides the characters' names. You have to admit that's a lot more reassuring than real life. 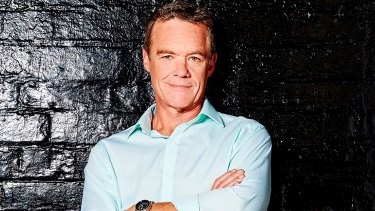 Stefan Dennis is still there as Paul Robinson in Neighbours.

Karla Grant is one of the unsung heroes of Australian media, quietly and assiduously working away to bring the stories of Indigenous Australia to light. Here she presents a documentary relating the tale of Brian and Violet Carter, who started a school on the beach at Ardyaloon in Western Australia. A remarkable story about a remarkable couple and community, and a brilliant example of one of television's great abilities: to bring to light the small but fascinating stories hidden all around us.

Back to the Moon

Isn't it about time we went back to the moon? When we first set foot on it, 50 years ago, we all assumed that pretty soon everyone would be popping up there for the weekend, just to get away from it all. Yet since 1972, no human has stepped onto the moon at all, which is just ridiculous: a whole big moon with nobody on it. Luckily, as this doco shows, steps are being taken to bring people back to the moon, and fulfil the promises of 1969 for us all. The show follows the scientists and engineers who are working towards more lunar exploration, and runs through the reasons why this would be a worthwhile exercise (given that moon travel is actually quite pricey). These range from the benefits to research, to the acquisition of precious moon minerals, to using the moon as a base to planet-hop over to Mars or other exotic worlds. But really, the most overwhelming reason to go back to the moon must surely be: so we can say we're going to the freaking moon! Isn't that enough?