Home » Lifestyle » When Will Ben & Jerry’s Release CBD-Infused Ice Cream? You Can Help Make It Happen

When Will Ben & Jerry’s Release CBD-Infused Ice Cream? You Can Help Make It Happen

At this point, you have most likely heard a thing or two about cannabidiol, also known as CBD. If you know absolutely nothing about the natural chemical compound, it’s the "non-psychoactive" compound derived from the cannabis plant, and it’s praised for an endless list of health benefits. Most importantly, it can seamlessly be infused with a variety of foods… including ice cream. So, you might be wondering, " When will Ben & Jerry’s release CBD-infused ice cream?" You’ll be happy to know that it could actually happen soon.

If you’ve ever had popular Vermont-based Ben & Jerry’s ice cream, you know the brand has a "good vibes only" attitude. Between creative flavors like Phish Food and Half Baked, it’s somewhat surprising they don’t already have any CBD-infused ice cream flavors. But, according to a May 30 press release, they have tentative plans to start making some.

Yes, you heard that correctly — as long as CBD officially becomes legalized at the federal level, according to the press release, they intend to start using it. Apparently, the FDA currently prohibits adding CBD to food and beverages. However, on May 31, 2019, the FDA set a public hearing on legalizing CBD in food and beverages, and the ice cream brand has commented on the issue, in favor of it happening. So, it definitely sounds like they really hope to get started on that. 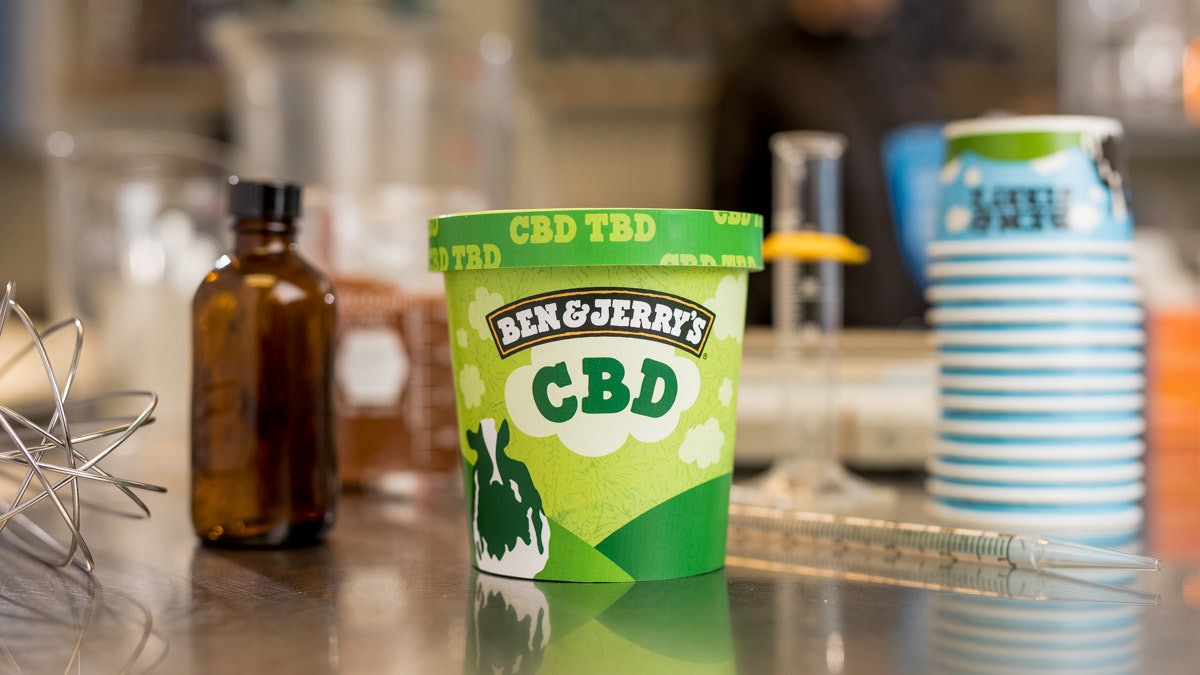 In the press release, Ben & Jerry’s CEO Matthew McCarthy said the brand wants to create CBD-infused ice cream for fans of the brand. Just like how they created dairy-free options and pint slices in response to requests, this is something that would cater to the public in total Ben & Jerry’s fashion.

According to the press release, McCarthy said:

In hopes that CBD is legalized on a federal level, Ben & Jerry’s has already started researching sustainable CBD brands from Vermont (where the ice cream is made). According to the press release, sourcing locally is very important to Ben & Jerry’s, in terms of product development.

If you want to be updated on all the latest in regards to the brand’s dedication to legalizing CBD for consumption — and making CBD ice cream — ice cream, Ben & Jerry’s recommends signing up for updates via the Ben & Jerry’s website. If you want to help vote for CBD to be legalized for consumption, you can also contact the FDA during their open comment window through July 2, 2019, according to the press release.

If you still aren’t entirely sure what CBD is, it’s a compound in the cannabis plant that has zero psychoactive effects on you when you ingest it (unlike THC, which is the compound in cannabis that does have those psychoactive properties and does get you high). However, according to Dr. Stuart Titus, CEO of Medical Marijuana, Inc., CBD, it does help you manage your stress, especially on a physiological level. The cannabis compound interacts with something in your body known as the endogenous cannabinoid system, which regulates your central nervous system development and your body’s responses to internal and external stress. There, CBD has a potentially positive the ability to cope with stress, and it can also stabilize your mood. So bottom line: if there ends up being CBD ice cream on the market, you can bet your bottom it’ll be stashed away in my freezer.

If you’re interested in getting the effects of CBD through your fave ice cream flavors, you should definitely get cross your fingers that it will become federally legal. However, it is totally up to you to contact the FDA and cast your vote for yourself. I know I’ll be calling them up constantly — my weekday nights depend on it, TBH.