Home » Lifestyle » When Will Meghan Markle Make Her Next Public Appearance?

When Will Meghan Markle Make Her Next Public Appearance?

Meghan Markle has been on maternity leave since about a month before she gave birth to Archie Harrison, her first child with Prince Harry. Since then, she’s kept a low profile and has been spending most of her time at Frogmore Cottage. She did, however, make an appearance at Trooping the Colour, which was a birthday celebration for her grandmother. But when will the duchess make her next public appearance? 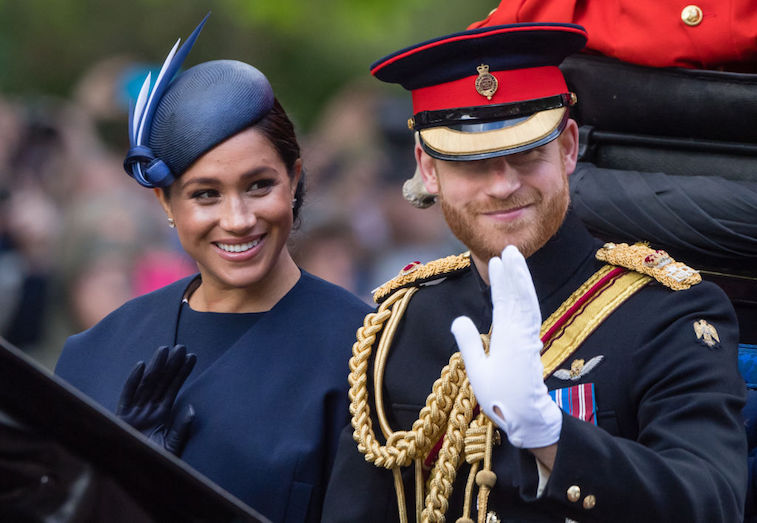 About a month before she gave birth to Archie, Meghan started her maternity leave; her last public appearance was toward the end of March. Once she gave birth to the royal baby on May 6, she made another public alongside Harry to introduce the baby on May 8. Then, she continued with her maternity leave (though Harry went back to work just one day later), up until the two both appeared at Trooping the Colour on June 8. People thought Meghan was glowing and portrayed a vision of a new mother; she looked a bit exhausted, but people loved it rather than judged her for it. It normalized the duchess a bit.

Today The Duke and Duchess of Sussex joined The Queen and members of The Royal Family at the annual Trooping the Colour, to celebrate Her Majesty’s official birthday. Trooping the Colour orginated from traditional preparations for battle and has commemorated the birthday of the sovereign for more than 250 years. In the 18th century, guards from the royal palaces regularly assembled to “troop" colours or flags down the rank, so they could be seen and recognised by the soldiers. In 1748, it was announced this parade would also mark the Sovereign’s official birthday. Trooping the Colour is performed by regiments of the British and Commonwealth armies for The Queen’s birthday parade, allowing them to pay a personal tribute to Her Majesty. Today over 1400 parading soldiers, 200 horses and 400 musicians came together on Horse Guards Parade in London in a great display of military precision, horsemanship and fanfare. The parade concludes with a 41-gun salute fired by The King’s Troop, following which The Queen leads members of The Royal Family back to the balcony of Buckingham Palace to watch the Royal Air Force flypast display. Photos credit: PA

The duchess will reportedly attend Wimbledon in two weeks

Although Meghan has once again been keeping a low profile, there are rumors that she will attend Wimbledon in two weeks. A source close to the duchess said she plans to attend the event and is looking forward to it. Last year, Meghan attended the event alongside Kate Middleton, and the two women appeared to enjoy themselves on their day out (this was before the majority of the feud rumors had started). Right now, it’s unknown if Meghan and Kate will attend the event together this year. However, it would likely benefit them to do so and end any feud rumors once and for all.

Meghan and Harry have hinted in the past that theywant several children. Although Meghan seems to be in optimal health, a woman’sfertility does start to decline past age 35. While Meghan can definitely stillget pregnant, it can be a bit more difficult past that age. If she and Harry dowant to have a large family, they might already be planning on their secondchild. The couple might announce another pregnancy sooner than we think, butnobody in the royal family has confirmed their timeline.