Local governments have accused the Andrews government of offloading hundreds of millions of dollars worth of costs, jeopardising key council services such as libraries.

The situation has become so dire that Infrastructure Victoria has called on the Andrews government to pour cash into the construction of new libraries and aquatic centres in burgeoning suburbs, especially in the north and west of Melbourne, to address a growing financial burden that councils are struggling to fill. 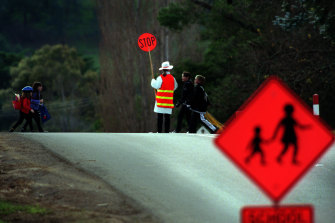 Councils say they have been left to fund a greater proportion of libraries and school crossing supervisors, and identified child health services and the fire services levy as key examples of cost-shifting. Councils have also been left to monitor flammable cladding on buildings, costing millions, and are required to provide homes with four bins by 2030 under state laws.

Libraries were funded 50-50 between the state and local governments in the 1980s but councils say they are now paying about 80 per cent of the costs.

Infrastructure Victoria wants Melbourne’s seven growth areas — Melton, Wyndham, Hume, Mitchell, Whittlesea, Cardinia and Casey — to receive up to $200,000 each from the state government to plan aquatic centres and another $100,000 to begin planning to build libraries, and add extra cash to help build them.

“Without intervention, many new residential areas in Melbourne’s fastest growing suburbs will not have good access to an [aquatic recreation centre] or library in the coming years,” chief executive Jonathan Spear told The Age.

In Wyndham, there are about 150,000 people per public pool and recreational centre — compared to 75,000 per pool in Geelong — and residents in the northern suburbs have recently successfully campaigned to save the Fawkner pool.

The Andrews government this year tried to cut red tape for developers while delivering social housing in a now-binned reform package that would have forced councils to exempt housing providers from paying council rates. Labor and advocates argued everyone had a role to play in reducing the housing waitlist of more than 50,000.

Stonnington Council estimated the package — which was thrown out after a backlash from the property sector — would have cost its budget more than $1.3 million, or about 1 per cent of revenue from rates and charges.

The federal government was also accused of cost-shifting following its budget handed down last month, dropping financial assistance grants from 0.6 to 0.55 per cent of Commonwealth taxation revenue.

The Australian Local Government Association called on the grants, temporarily frozen by the Abbott government, to be restored to 1 per cent of tax revenue to boost council budgets by $2.3 billion.

The Victorian government has set a 1.75 per cent cap on rate rises for 2022-23, after five years of rate capping. Business and homeowners pay the rates as a percentage of their property value, making up almost half of all council revenue but just 3 per cent of all public revenue in the country.

The Centre for Future Work in December estimated the caps would slash gross domestic product by up to $890 million this year, in research commissioned by the Australian Services Union, by limiting employment and spending.

“But then, my personal feeling is that rates are not a very equitable way of funding councils,” said Cr Bolton, who has voted against rate rises.

Ratepayers Victoria, which believes rate capping is a farce because individual bills could still increase two or three times higher as a result of the booming housing market, said the Andrews government had pushed almost every state responsibility onto councils.

A spokeswoman said residents were worse off, with councils leaving potholes in footpaths and only collecting recycling fortnightly now in some municipalities.

Monash Council in Melbourne’s south-east recently considered tearing up its funding for school crossing supervisors, in what it considers a state government responsibility, but is funded about 50-50.

Campaspe Shire Council, which takes in Echuca and Kyabram in the state’s north, also complained it was increasingly shouldering the cost of the service, with the Victorian government paying 35 per cent of the cost of the council’s crossing attendants.

“The issue of cost shifting from state to local government for the provision of programs and services has long been of concern to council,” Campaspe councillors agreed at a February meeting.

David Clark, president of the Municipal Association of Victoria and a councillor at Pyrenees Shire, which takes in Avoca in the state’s central west, said cost-shifting was hurting council budgets.

“It is forcing councils to have difficult conversations about services they currently provide, despite the fact we know every council in the state is being asked to do more by their communities, not less,” Cr Clark said.

Boroondara Council could this week decide whether to stop providing in-home aged care services in a decision that would move 2119 people onto private providers, though the Australian Services Union expects the decision to be delayed after filing proceedings in the Fair Work Commission.

Kathryn Arndt, chief executive of the Victorian Local Governance Association, said the rate cap restricted the autonomy of councils to act how they saw fit.