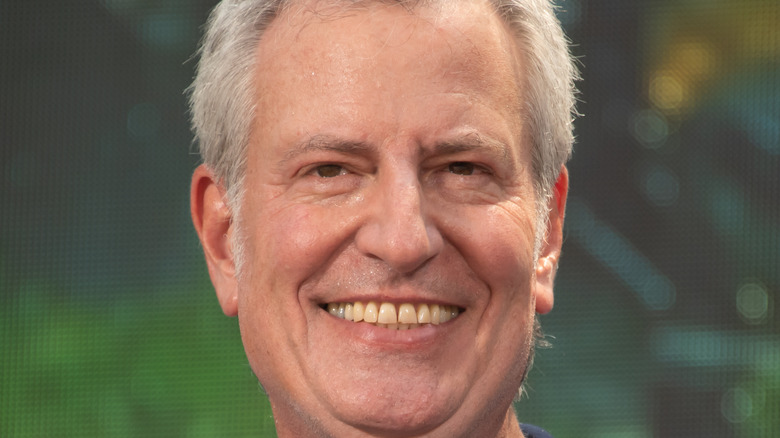 New York’s Andrew Cuomo was once the highest praised governor when it came to battling the COVID-19 pandemic. His daily briefings once united and educated the nation (per CBS News). His fall from grace was nearly as fast as his rise to prominence. After a scandal involving the COVID-19 deaths of New York’s nursing home patients, the governor quickly began catching heat from the media and his constituents alike (via The New York Times).

After reports of sexual misconduct broke, criticism directed at the governor gained more traction. He would later resign, as noted by The Guardian. Given that most of the women who reported sexual abuse were members of his staff, this felt like the correct move. Both Twitter and government officials alike were calling for the resignation of Cuomo (via USA Today). However, once his resignation broke, New York City’s mayor, Bill de Blasio began receiving backlash for a tweet he sent out shortly after.

The mayor has similar allegations against him 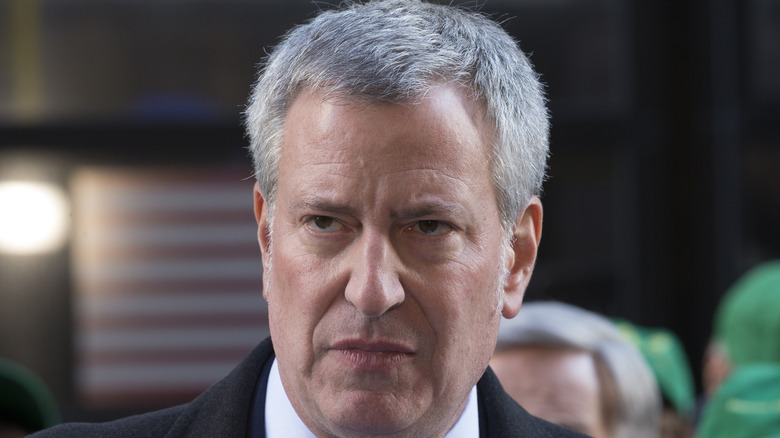 While Andrew Cuomo’s missteps have been in the public eye over the last year, Bill de Blasio’s seem to pass with less outcry from constituents. Back in 2018, de Blasio’s kissing of a female lawmaker caught fire in the media (per the Washington Times). The kiss was viewed as especially inappropriate as the #MeToo movement was gaining momentum and the mayor advertised himself as a supporter.

The moment was caught on video by a CBS News affiliate who had a workplace conduct expert, Steven Viscusi, comment on the kiss. “Absolutely horrible,” he said. “It’s absolutely inappropriate in any business environment today — with the new #MeToo movement — but even before that, that women should be hugged in an intimate way.”

The exchange showed de Blasio kissing and hugging a female lawmaker while giving out handshakes and high-fives to male colleagues. After this incident, Twitter was not kind to de Blasio’s tweets calling for Cuomo to step down for allegations similar to those against himself.

Twitter was not happy about Bill de Blasio's comments 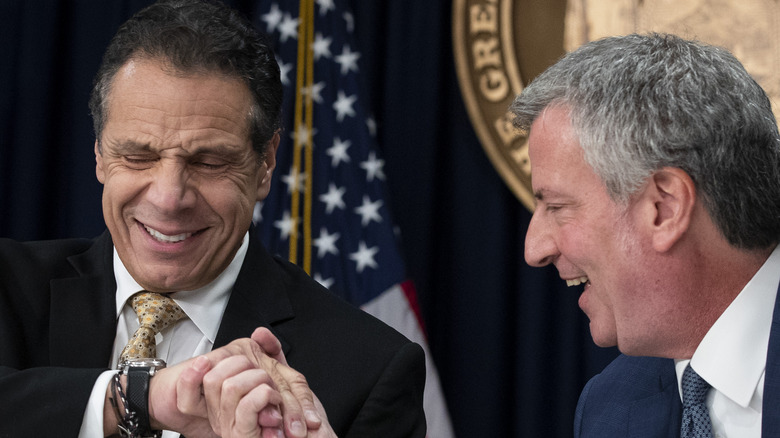 Due to the inappropriate behavior Mayor Bill de Blasio was accused of in the past, Twitter was not kind to his tweet directed at Andrew Cuomo. Mayor de Blasio tweeted, “Make no mistake, this is the result of survivors bravely telling their stories. It was past time for Andrew Cuomo to resign and it’s for the good of all New York.” This tweet was sent out the morning Cuomo resigned from office after several sexual assault allegations against him came to light.

Twitter went in on the mayor. “Maybe sit this one out,” replied one user, clearly bothered by the hypocrisy of the mayor. “While I do think that you have meant well in your attempt to lead our city, I don’t think you are in a position to criticize others. Let’s focus on what the people need and leave the political circus,” tweeted another. It is clear that people were not happy with what they felt was a hypocritical response from Mayor de Blasio.