"Why is there any animosity?" asked Jill amid the social media war.

The drama between some of the “The Real Housewives Ultimate Girls Trip: Ex Wives Club” costars followed them out of Bluestone Manor.

Over the weekend, a social media battle broke out between “Real Housewives of Orange County” alum Tamra Judge and former “Real Housewives of New York” star Jill Zarin, after Zarin posted a video in which she appeared to confirm Judge would be returning to RHOC — something which neither Tamra or Bravo have confirmed themselves.

During a since-deleted Instagram Live on Saturday, Jill claimed, “Breaking news … Tamra’s coming back and my friend [Vicki Gunvalson’s] not happy.” That clip then found its way onto Twitter and it wasn’t long until Tamra jumped into the replies.

Go f— yourself @JillZarin! You thirsty bitch!” she exclaimed, after Zarin has been called “thirsty” by a number of her costars on RHUGT this season.

Tamra later followed up that tweet with a video in which she said, “Hey guys, I have a big announcement: Jill is the thirstiest bitch I’ve ever met.” Dorinda Medley, who’s gotten into it with Jill a couple times on the new “Girls Trip” season also retweeted the video — appearing to agree with the sentiment by adding some water emojis.

Later in the day, following a six-hour event, Zarin came back onto social media in an attempt to explain herself with a video alongside daughter Ally Shapiro.

“I just have to straighten something out. This morning I was on my way to the event and I use an expression often, ‘Breaking news,’ but it doesn’t mean that there’s anything breaking that wasn’t broken to me and I had read online that Vicki was not coming back and Tamra was — and I said that,” she explained. 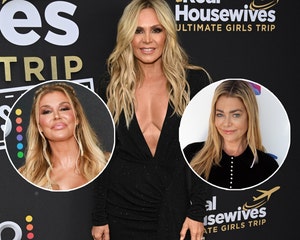 “I just repeated what I had read. I don’t have any inside information. Nobody talks to me at Bravo. I know absolutely nothing. I just repeated the news that was already printed,” she added.

“So I don’t know why Tamra attacked me today calling me ‘A thirsty bitch.’ Thirsty about what? I’m so happy for you,” she continued. “You wanted this and I’m happy for you. Why is there any animosity? Anyway, we’re going to have to straighten that one out but congratulations anyway, and only wish the best for everybody.”

While there have been rumors about Tamra returning, so far there’s been no official word from Bravo. Newcomers Noella Bergener and Dr. Jen Armstrong, however, recently confirmed they would not be back after their debut seasons. 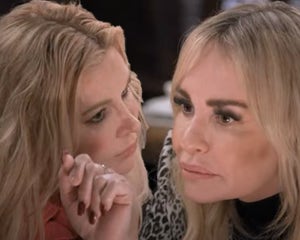