Home » Lifestyle » Why we should embrace forestry

Why we should embrace forestry 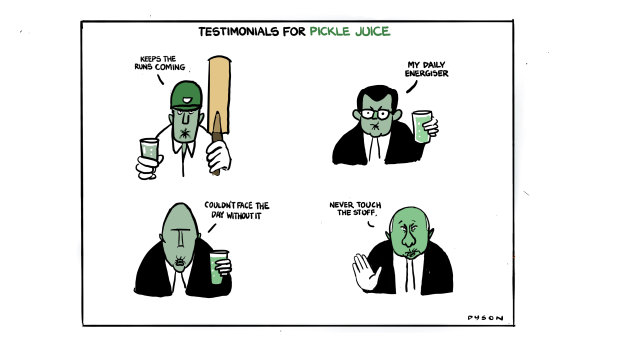 Embrace forestry …
The article ″⁣How chopping trees could fuel the war on climate change″⁣ (28/12) underlines why those who support action on climate change should embrace forestry. Timber offers substantial carbon-emission reduction in building construction.
Harvesting, while predominantly in plantation forests, is also allowed in just
3.7 per cent of our native forests. Replanting and regeneration, under tight regulation, make this an environmentally sustainable practice. Demonising the forestry industry by fellow members of environmental organisations and many of my inner-city neighbours is unjustified.
It is time to trust the science on this carbon-abating option, too.
Graeme Russell, Clifton Hill

… And worms, too
″⁣Easy to use and build″⁣ are words hopeful composters will love (″⁣Waste and worms: The eco-entrepreneur making composting cool″⁣, 28/12). Subpod, a compost fertilisation company, aims to have 3 million households fitted out with compost units. How timely and appropriate. Australians are still wasting 40 per cent of food grown, much of it ending up in landfill and subsequently generating greenhouse gas emissions that contribute to climate change. Subpod composting units are but one available technology that can assist us to speed up the important national goal of halving organic waste sent to landfill by 2030.
We must all embrace our waste and love worms. After all, we all eat food, just not all of it. Composting and worms can close the gap.
Isabelle Henry, Ascot Vale

A voting lure
Your correspondent (Letters, 28/12) is correct in suggesting the Liberals support the abolition of negative gearing to lure younger voters. Past Coalition and Labor governments, both state and federal, have merely ″⁣given″⁣ people more money in their pockets which just pushed up the price of houses. Even partial negative gearing would help, restricting it to low-priced houses or those rented to those on existing housing waiting lists.
Governments could also look at adjusting the rate of capital gains tax to decrease the enticement to use housing as an investment
Jenny Callaghan, Hawthorn

Caught in the lowlights
The Age’s ″⁣Highlights of the Year″⁣ (28/12) is fine, but what about “lowlights” like the Nationals opposing an Indigenous Voice to parliament because they “haven’t got all the information yet”.
Bernd Rieve,Brighton

Rising to no account
I’m glad Cameron Woodhead raised the issue of the Rising festival (″⁣Lesson from a year in the theatre″⁣, 27/12). Combining the White Night festival and the Melbourne Festival into one is a bad idea. Each of these festivals had widely different aims. One is a family-friendly spectacle. The other was a proud Melbourne institution, a festival of the best of the arts from here and overseas. Shame on those who wiped it off the map.
Moreover, one of the main lessons we learnt from holding the Melbourne Festival – ie, it’s very risky holding outdoor events in Melbourne’s weather – has been thrown out the window by creating another festival that celebrates the winter solstice. What were they thinking? Even the name “Rising” is problematic – what does it even mean? We have ended up with a whole that is much less than the two parts it swallowed.
Karen van Ulzen, editor,
Dance Australia magazine

Laissez-faire is not fair
If the federal government wants to show that it is serious about environmental responsibility, it must accept that the only way to control the energy market is by setting mandatory building and operational standards.
Allowing the market to make the choice and determine the standards will always minimise costs to maximise profits.
The time for the luxury of laissez-faire is past.
Jenifer Nicholls, Armadale

Must change ways
In reflecting on how it lost its way, I have yet to see any mention that the Liberal Party has ast aside its values and ethics in favour of playing politics as a game to be won. Until it restores sound values and ethics, and the party and its members behave accordingly, it will continue to flounder.
Andy Lloyd, Clifton Hill

Impotent UN
The United Nations is just as impotent as the League of Nations. How can the UN stand by while the Taliban in Afghanistan denies half its citizens the basic human rights of education and employment?
John Walsh, Watsonia

Sport
You can have David Warner or one of his critics/haters by your side in the trenches. Take your pick.
John Rawson, Mernda

It will be interesting to see if Craig Tiley is correct in assuming the public will be as gracious as he hopes when Novak Djokovic takes to the courts.
Marie Nash, Balwyn

With the Australian Open near, Tennis Australia should acknowledge Ash Barty’s contribution to the sport by renaming its arena in her honour.
Martin Newington, Aspendale

Furthermore
While the lane closures are an obvious pain in the neck imagine the hue and cry if a lack of maintenance on the West Gate Bridge caused a catastrophe.
Phil Alexander, Eltham

Your correspondent who claims that the royal family pay their own way obviously hasn’t heard of the annual Sovereign Grant paid by British taxpayers. Last year it was £86.3 million ($154 million).
James Young, Mt Eliza

With so many Russian oligarchs and military elites dying a “sudden death”, Putin must be petrified.
Jenny Bone, Surrey Hills