Home » Lifestyle » Will you go nutty for posh chocolate spread?

Will you go nutty for posh chocolate spread?

Going nutty for chocolate spread: Costing up to £26 a jar, EMMA ROWLEY gives her verdict on the posh twists on Nutella

The humble chocolate spread is having a moment. But before you reach for that well-scraped jar in the cupboard — this is not Nutella as you know it.

The fashion crowd are chasing their fix at pastry chef Maxime Frédéric’s new Paris cafe and chocolate shop for Louis Vuitton, where the chocolate spread is said to be to die for.

Now a new wave of posh chocolate spreads, costing up to £26, are also flooding the market to satisfy the fashion set’s sweet tooth.

Even regular Nutella is getting a new twist, with a dedicated kiosk just off London’s famous Carnaby Street, where you’ll soon be able to buy a £2 nocciolatte, a shot of espresso with a spoonful of Nutella stirred in; or a pizza ring topped with the chocolate spread for £6.95. 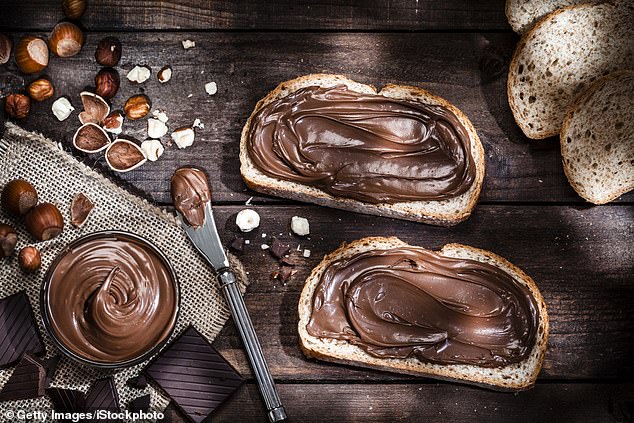 The humble chocolate spread is having a moment. But before you reach for that well-scraped jar in the cupboard — this is not Nutella as you know it

The moreish stuff we’re familiar with is the offspring of gianduja, the traditional Italian chocolate and hazelnut paste invented in the 1860s to make scarce, expensive cocoa supplies go further by mixing in a paste of ground hazelnuts.

With everything from zesty orange to organic and alcoholic options, the new generation of chocolatey spreads promise to posh up your toast for a sweet January treat. With price tags to match.

So are they really worth it? 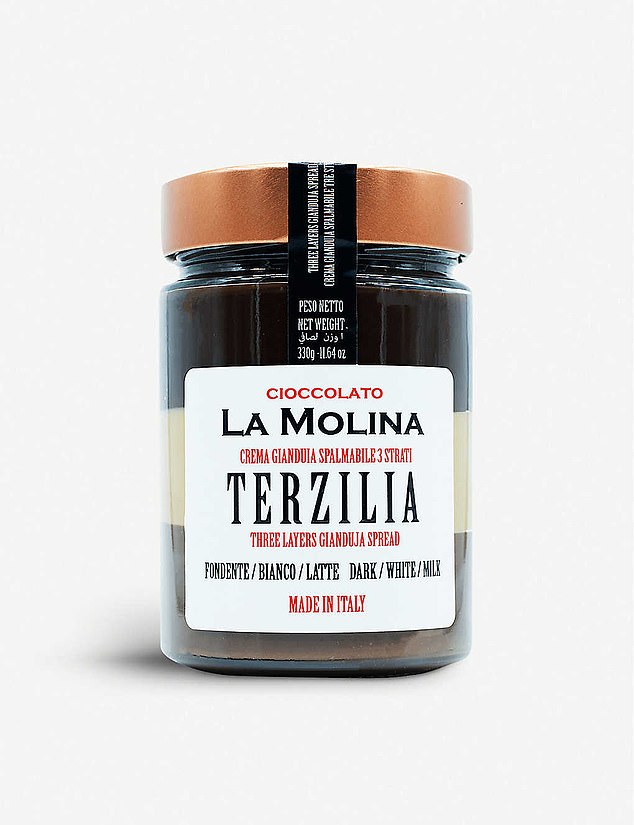 Taste test: While the thick layers look great, it’s tricky to get the whole trio of flavours out without making a mess of the contents — the more fastidious would work through the dark chocolate layer for a few weeks (it tastes like Ferrero Rocher on toast, so who’s complaining?), then tackle the sweeter white and milk. 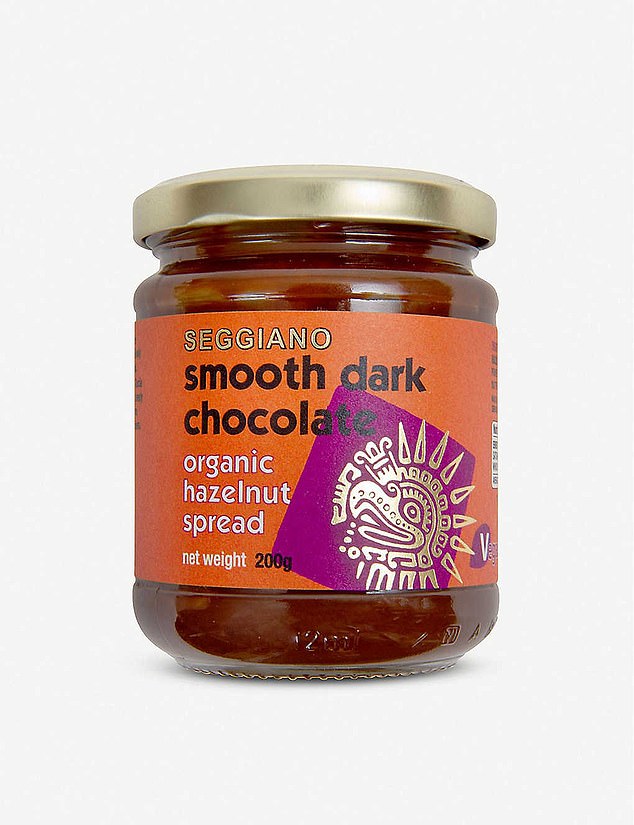 Taste test: This dark chocolate spread from Anglo-Italian producer Seggiano has the slightly oily consistency of peanut butter bought from a health food shop, with tiny pieces of nut visible, before it’s mixed. But if it doesn’t look the prettiest of the bunch, the fresh, rich flavour more than makes up for it. 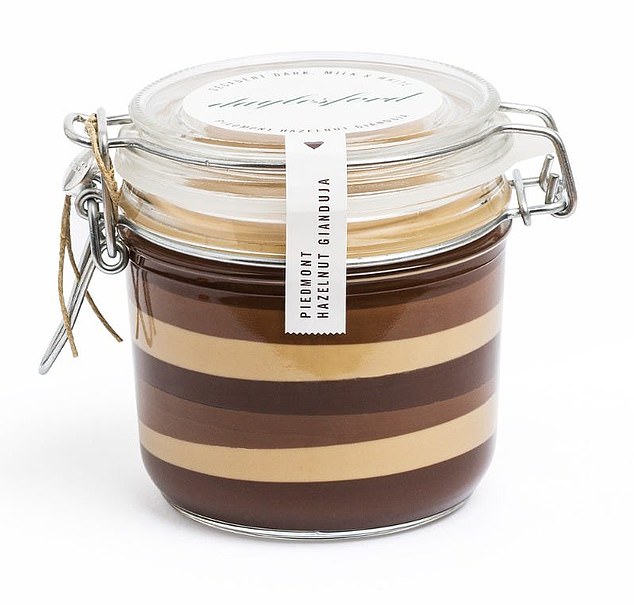 Table appeal: The Daylesford brand is the creation of Lady Bamford, known for her farm shop-turned-retail-and-wellness-empire beloved by the Cotswold set. In a reusable glass mason jar (pictured below), the multiple layers of its milk, dark and white gianduja look fabulous.

Taste test: Almost too pretty to eat, but it’s as good as you’d expect, including the little silver tag that points to the input of ‘Cioccolato La Molina’, the respected Tuscan handcrafted chocolate company.

Verdict: A showstopper — albeit one to save for guests. 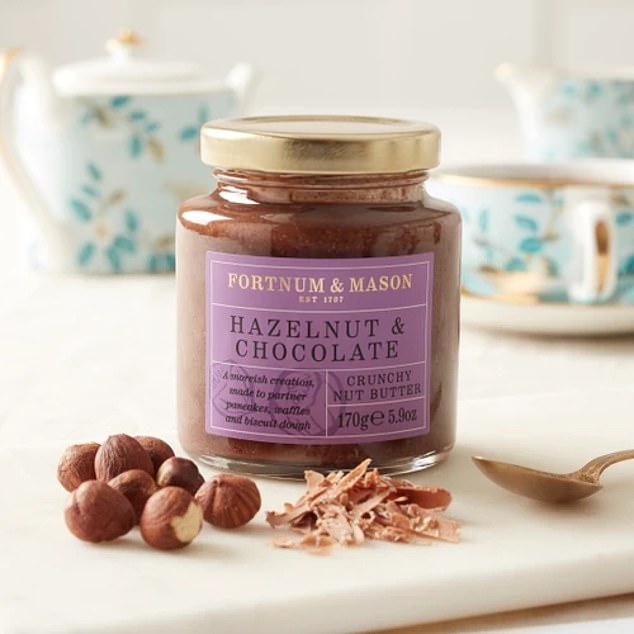 Taste test: At 89 per cent hazelnuts, this vegan nut butter, made in small batches by an artisan producer in Shropshire, veers heavily to the nutty side of the spectrum: large chunks in a subtly chocolate base make for a pebbly paste that is the opposite of sickly.

Verdict: Gourmet — but you must love nuts. 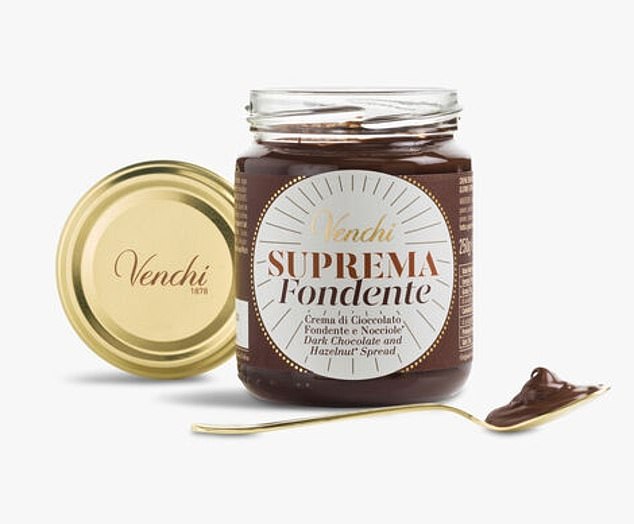 Taste test: Italian chocolatier Venchi packs a powerful punch here — no wonder, given the two types of rum. For once, there’s not a hazelnut in sight (although a note to the allergic: it may contain nut traces).

Verdict: Would be delicious warmed over ice cream. 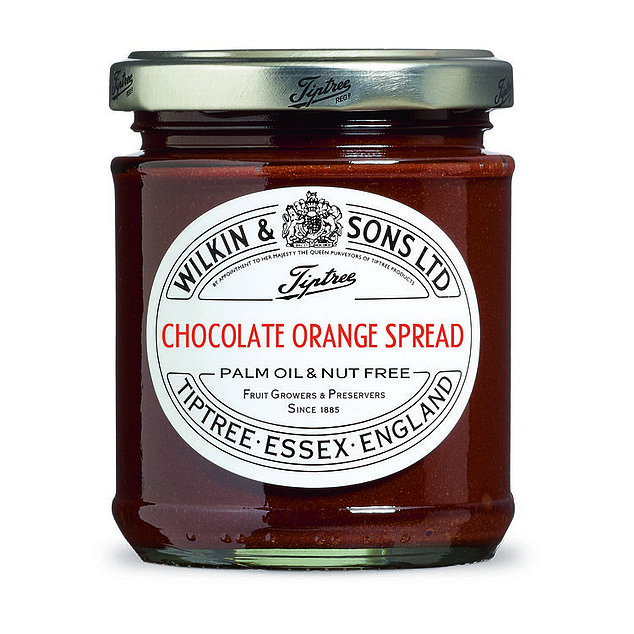 Taste test: The Wilkin family has been farming at Tiptree in Essex since 1757, and making preserves and spreads for almost as long (1885). Made with Belgian chocolate, this smooth dark chocolate spread (pictured left) has a lovely orange taste and there’s not a nut (or palm oil) in sight.

Verdict: If you didn’t eat enough Terry’s Chocolate Orange over the Christmas festivities, here’s your way to top up.