Home » Lifestyle » Willy Wonka turns 50 – just what were those filmmakers on?

Willy Wonka turns 50 – just what were those filmmakers on?

If you’re one of the millions who grew up with the 1971 classic Willy Wonka and the Chocolate Factory, you’ll recall the moment legendary chocolate manufacturer Willy Wonka, played by Gene Wilder, finally appears.

Emerging from his factory for the first time in years, he limps across the cobbles, leaning on a cane. He’s flamboyantly dressed – purple frock coat, top hat at a rakish angle – but his expression is sober, almost grim. 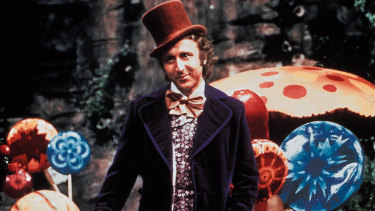 As he nears the factory gates, he leaves the cane behind, and seems about to fall flat on his face. But instead he somersaults forward then leaps to his feet, grinning at the cheering crowd. Wilder insisted on this show-stopping entrance, explaining to the director Mel Stuart: “From that time on, no one will know if I’m lying or telling the truth.”

It’s a great moment, but perhaps not strictly necessary: Wonka was already a puzzle in Roald Dahl’s 1964 novel Charlie and the Chocolate Factory, the basis for Stuart’s film. An inventor of genius, he stands for the magic of the imagination, yet has a darker side: all but one of the children who embark on a tour of his magical factory come to sticky ends, while his miniature employees the Oompa-Loompas sing about how the brats got what they deserved.

To be sure, Stuart’s film eventually tells us no one has been permanently harmed. But just as Wilder planned, Wonka’s unreliability leaves the question open – and even at best, isn’t punishing children for their greed a tad hypocritical for a man who’s made a fortune peddling chocolate bars? 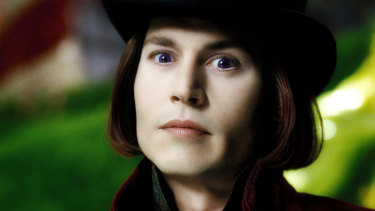 Moralist and sadist, artist and businessman, crazy man in a sane world or vice versa: Wonka is not a complex character in the sense of being hugely fleshed out, but there’s a lot to play with. The key to Wilder’s performance is its gentleness: his soft-spoken Wonka has a spacey quality that typically mutes his reactions, even when the stakes are seemingly life and death.

This maximises the impact when he finally loses his cool in the notorious Tunnel of Terror sequence, which incorporates frenzied recitation, hellish red light, and flashes of nightmare imagery including a shot of a decapitated chicken. You might well ask what the filmmakers were smoking – or whether they were just high on life in 1971.

Certainly, there’s a spoonful of psychedelic syrup mixed into the songs, especially the enduringly queasy Pure Imagination, sung by Wonka as he leads the way through his garden of edible flowers. “Anything you want to, do it,” he croons misleadingly, ruffling the hair of one of his hapless young followers.

The sinister tone may not be fully intentional – but there could hardly be a plainer representation of how the era’s dreams of liberation were co-opted, especially with this consumerist Eden enclosed by visible factory walls.

Is Tim Burton’s 2005 version of Charlie and the Chocolate Factory, with Johnny Depp as Wonka, equally a film of its time? Maybe so, for a couple of reasons: the reliance on digital rather than practical effects, but also the sympathetic emphasis on Wonka’s oddity, identifying him as victim as well as manipulator.

Few reviewers of the day could resist comparing Depp’s pale-faced, androgynous Wonka to Michael Jackson. But while it’s clear where they were coming from, Depp himself identified his chief model as Broadway legend Carol Channing: there’s not much of Jackson in his twitchy manner, or the bright, fixed smile indicating that social interaction is a painful duty he’s keen to power through.

Burton is a more gifted filmmaker than Stuart, and as a comic actor Depp is at least competitive with Wilder. Yet somehow the remake doesn’t have the resonance of the earlier film: perhaps the issue is that this Wonka is more alienated but less mysterious. Wilder shows us only what Wonka chooses to reveal; Depp’s Wonka is unambiguously an awkward weirdo, whose psychological hang-ups are traced back to his relationship with his dentist dad (Christopher Lee).

That in itself says a lot about the problem with 21st-century Hollywood. And now we’re getting yet another origin story, to be titled simply Wonka, with Paddington’s Paul King writing and directing: the star is Timothee Chalamet, whose elfin vulnerability may permit a deeper exploration of Wonka’s bond with the Oompa-Loompas.

It could be great. But my feeling is that the key to Wonka is not to explain too much: to hang onto the gaps and inconsistencies, and hence the flexibility that separates a fantasy from an actual person.

Speaking of flexibility, Wonka is so innately gender-fluid I’m a little surprised King is settling for Chalamet. Can’t we all picture, say, Jodie Comer from Killing Eve giving it a go? Still, there’s no reason a character this open to reinvention shouldn’t endure for as long as one of Wonka’s Everlasting Gobstoppers – or at least, for as long as the public retain their soft spot for eccentric entrepreneurs.