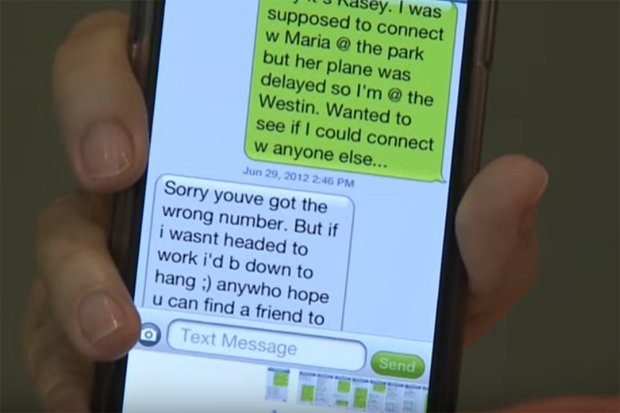 Despite their 30 year age gap, the texters soon realised they had a lot in common.

They spoke about film recommendations and their love for “positive energy”, before agreeing to meet at a Third Eye Blind concert.

Sparks flew as the couple watched the rock band – and they soon started getting touchy feely.

Kasey, now 59, told KSDK: “Halfway through the concert, he was standing behind me and put his hands on my hips and I could have been the woman that said, ‘Hey, Bucko! You don’t put your hands on me.’

“But I just was like, ‘Oh well, this is interesting’.” 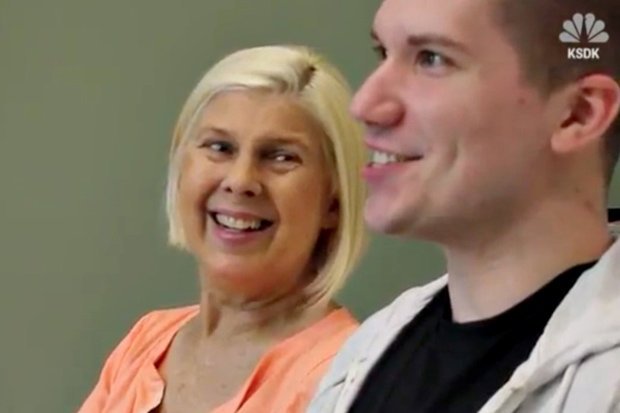 Kasey and Henry’s relationship went from strength to strength and they’ve been together ever since.

After months of dating, they moved in together.

On one of the walls on their home, the pair’s first text exchange is proudly displayed.

The couple declared their love for one another by tying the knot.

Their relationship also proved to be a strong one when Kasey went through health problems.

As his wife needed a kidney, Henry donated his own to her as he was a “perfect immunological match”. 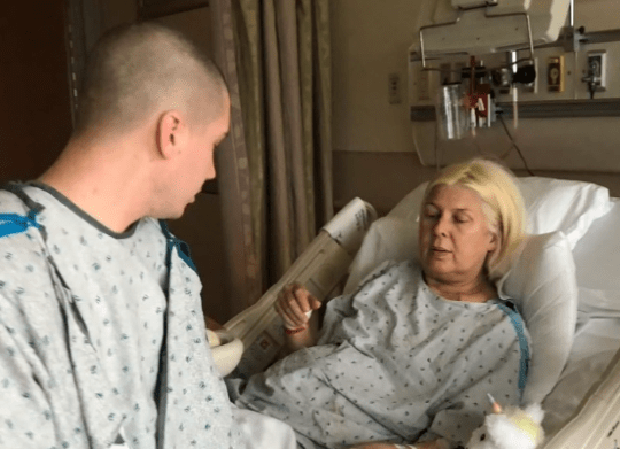 The romantic story has swept the web in recent months – although the couple says their relationship isn’t always a perfect fairytale.

Kasey said: “I don’t necessarily want people to look at it as a fairy tale.

“We’re a work in progress and we have worked and worked.” 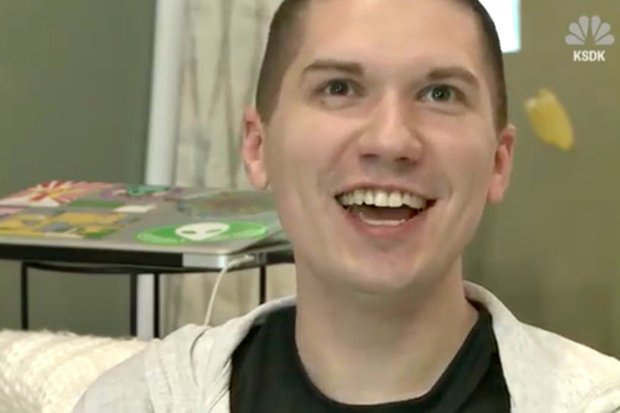 Henry added that it can be difficult when he is out with Kasey in public.

He admitted: Like Mother’s Day one year we’re at the hardware store and the cashier remarks, ‘It’s so nice of you to be helping your mother, you know, on a day like today’.

“And of course, you know, I stepped in to clarify, she’s not my mom.