Home » Lifestyle » Woman is roasted for her COFFIN-shaped ring

Woman is roasted for her COFFIN-shaped ring

‘You’re not Morticia, you’re Fester’: Woman is mocked on social media for her black COFFIN-shaped ring that’s made with fake pearls because she ‘respects animals’

A North Dakota woman is being mercilessly mocked on social media for her ring — which is shaped like a coffin and surrounded by fake pearls.

Bryana Guzman from Minot, North Dakota was likely prepared for some jokes and criticism when she shared a photo of the bling on her ring finger in the Facebook group ‘That’s it, I’m ring shaming.’

But may not have been expecting hundreds of commenters to poke fun at her ‘hideous’ jewelry, taunting her about the shape, the materials, and even her relationship. 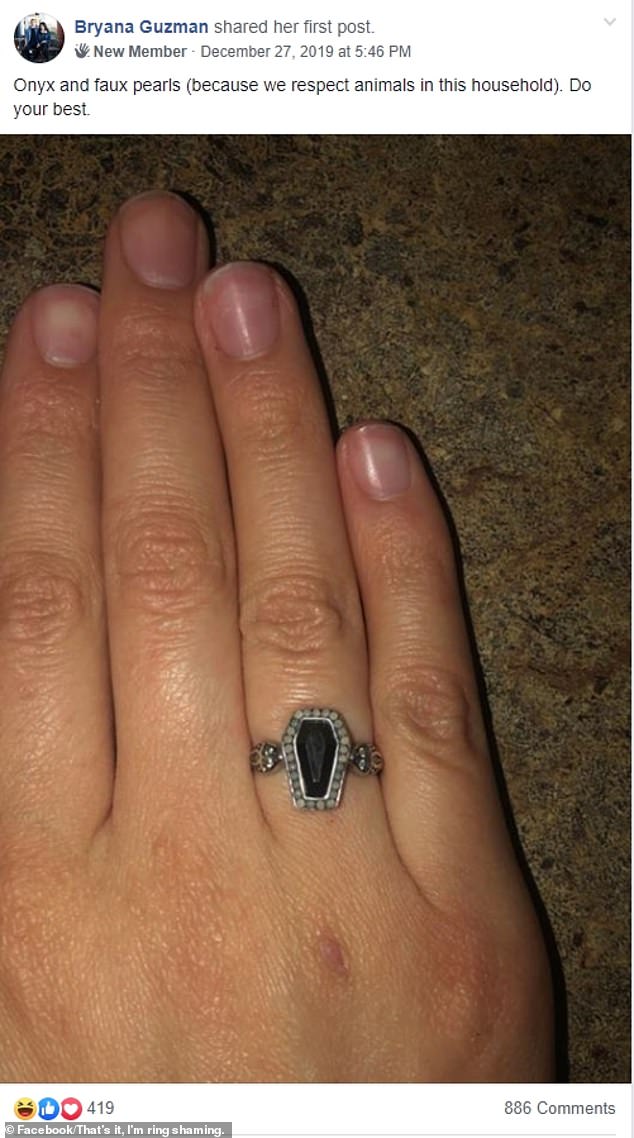 Yikes! A North Dakota woman is being mercilessly mocked on social media for her ring — which is shaped like a coffin and surrounded by fake pearls

The ring doesn’t actually appear to be an engagement ring, since Bryana lists her status as ‘in a relationship’ with her partner Calvin Kelly.

But whether it’s a promise ring or just a gift, commenters were not impressed.

‘Onyx and faux pearls (because we respect animals in this household). Do your best,’ she wrote, inviting others to make fun of her — and they did.

‘That looks like a coffin. Id kill myself for wearing it,’ wrote one of many to point out the coffin-like shape.

‘Pretty sure he wasn’t asking you to marry him… It’s a coffin. He’s letting you know the relationship is dead,’ said another.

‘You know what I wasn’t gonna say anything because the whole coffin s*** is so stale but the preachy attitude, my goodness! Take your fake pearls and your crooked coffin, you ain’t Morticia, you are Fester!’ one more commenter wrote.

‘Who died and let their angsty 15 year old make that ring?’ quipped yet another.

Another chimed in: ‘We get it, you’re obsessed with Twilight and My Chemical Romance.’

Several mocked her for her comments about respecting animals.

‘So you respect animals, but you clearly don’t respect yourself,’ wrote one.

‘Whether the pearls are real or not the ring still sucks. looks like tiny bits of rock salt surrounding an old piece of dark chocolate,’ another said. ‘Coffin shaped rings are ugly anyway. we get it, you’re a hardcore vegan goth. woohoo.’ 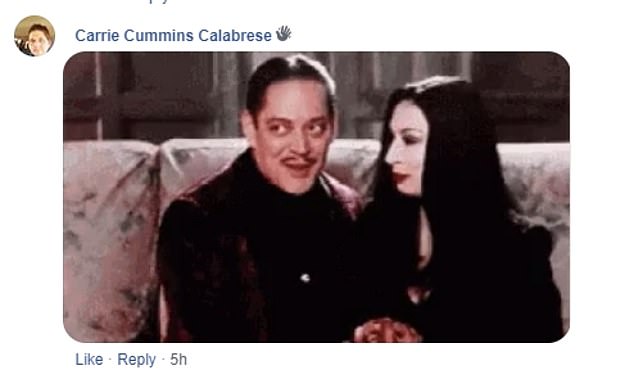 High horse: Others were disgusted by the ‘faux pearls’ and put off by her comment about respecting animals

‘You can get on your high horse all you want, that ring’s still gonna be ugly,’ one more quipped.

Nearly 600 commenters have chimed in, comparing to things like tonsil stones, kidney stones, teeth, ‘eye boogers when I have pink eye,’ and ‘the tiny gravel bits you pick out of the tread of your shoes after going to the rock sand beach.’

Several have indicated that it gives them Addams family vibes, with one suggesting that it’s Wednesday Addams’ engagement ring.

While the ring has been roundly mocked, Bryana at least seems like a good enough sport, as she hasn’t deleted the post.