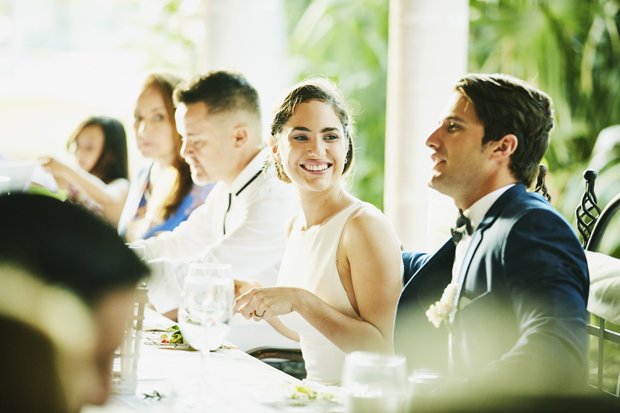 This barmy menu rule was enough to leave guests reeling – and one even walked out.

The Mumsnetter added: ”Everybody at the table was outraged but no one said anything.

“I took one bit of my prawn risotto before deciding to leave.

“But for goodness sake the groom (and this is probably outing me but sod it) works in a very progressive part of women’s health and the bride is a feminist who attends rallies and feminist events with me.

“You would think they would have cut out that bulls**t as soon as it was suggested.”

The wedding guest’s rant soon went viral – and Mumsnet users were stunned that any couple would be so controlling about dinner on their big day.

One responder wrote: “It’s difficult to believe that the bride and groom thought this level of sexism was acceptable, even if their parents did. Utterly bizarre.”

Another asked:  “Apart from the oddness of doing this at all, I fail to see why prawn risotto and strawberry cheesecake are feminine.

“Was the roast beef served rare?”

But while many thought the bride and groom were out of order, some told the wedding guest her behaviour was wrong.

A Mumsnet user argued: “I think you were being unreasonable.

“Yes it was incredibly sexist and outdated, but at a wedding that you are a guest at I think you should have kept your thoughts to yourself.

“How must it have made the bride and groom feel to see (or find out later – which they will) that you walked out?

“Not a great wedding memory for them. It was rude of you.”