Brigadier General Gerald Hunt single-handedly held up the Germans for two hours so his troops could withdraw. He ignored repeated calls from his men and Battalion HQ to fall back – and kept the enemy at bay until he was shot in the head by a sniper.

Bgd Hunt’s soldiers demanded he receive the Victoria Cross – the highest award for bravery – as they “knew of no greater acts of heroism” than his.

Instead, the 40-year-old’s death near Manancourt, France, on March 23, 1918 earned him a Distinguished Service Order for “devotion to duty”.

The citation reveals Bgd Hunt’s remarkable gallantry took place during the opening skirmishes of the German Spring Offensive. Under rifle and machine gun fire, he held the line while directing his men and other units to buy them time.

It adds: “He showed an utter disregard for his own personal safety…he held up the enemy for two hours when his flanks were exposed, and then succeeded in withdrawing his men.” 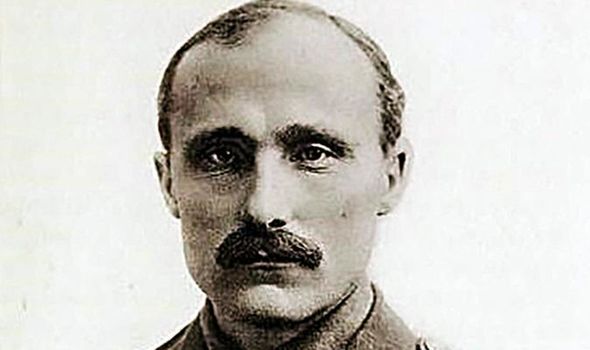 The Old Harrovian’s troops from the 1st Battalion, Royal Berkshire Regiment begged him to retreat but he refused.

The Lieutenant Colonel who assumed command afterwards said: “He died a most magnificent death. I sincerely hope they will give him his Victoria Cross.

“I feel certain that no greater acts of heroism were ever performed.”

Boer War veteran Bgd Hunt already had a chest full of medals and they are expected to fetch upwards of £8,000 on Wednesday through Spink & Son in London.