Woman, 22, who’s become an egg donor to help infertile strangers says she doesn’t think she’s ‘too young’ and insists it’s just like giving blood and the babies are not really ‘her children’

A selfless young woman has undergone an egg donation procedure after becoming inspired by tales of women longing for children.

Emma Winstanley, 22, from Chester, Cheshire, is passionate about helping women who are unable to have children ahead of starting her own family.

Growing up, Emma heard stories about family members and older friends who struggled to conceive and experienced multiple miscarriages.

Being surrounded by this heartbreak, the hairdresser donated her eggs last November and plans to repeat the process this year. 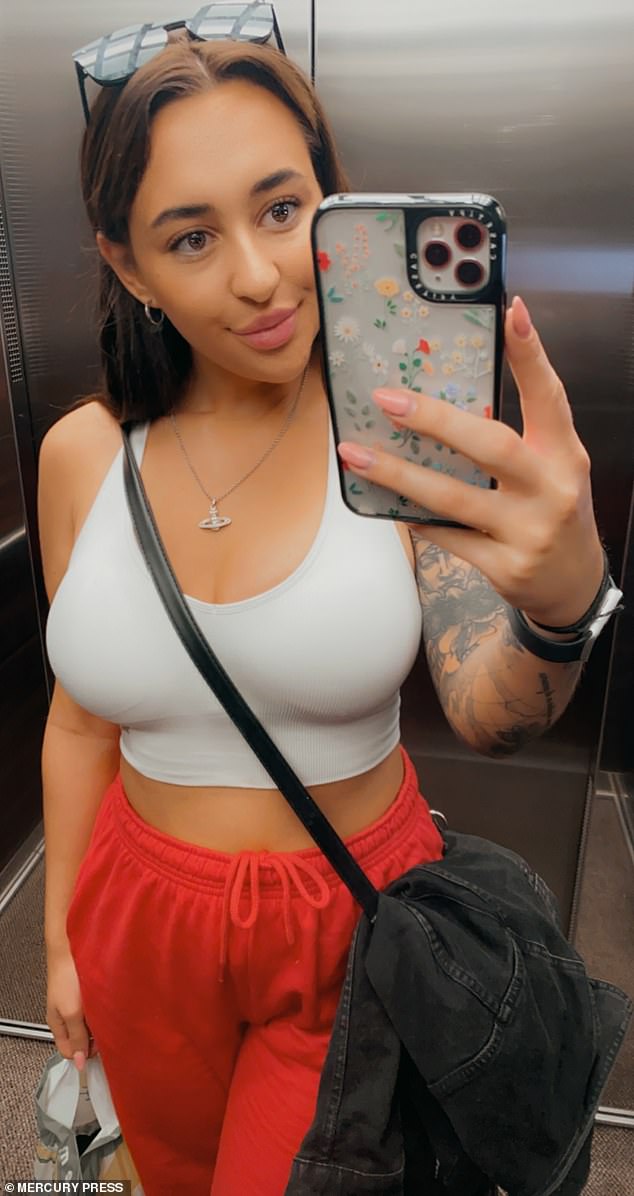 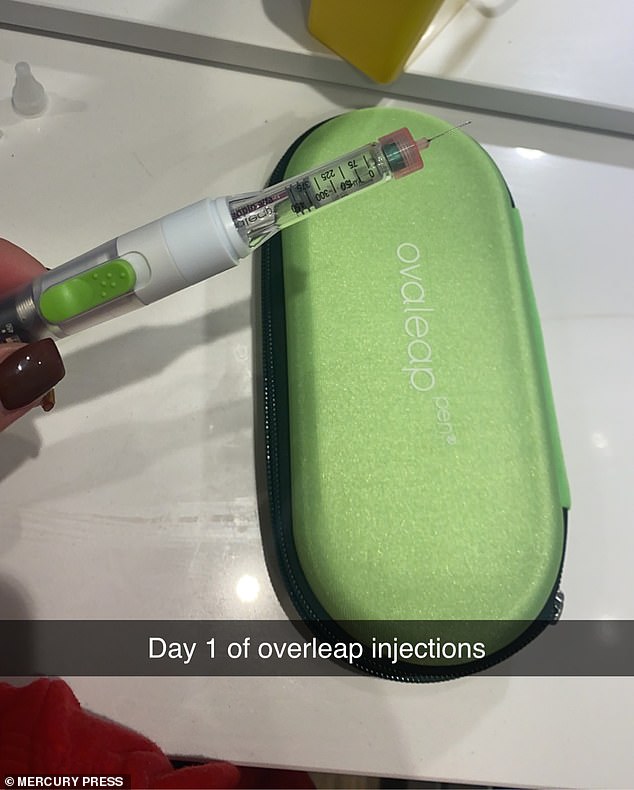 She said: ‘I’m only 22 and not in a relationship, so I’m not in any rush to have children.

‘I try and see it as if I’m donating blood and I plan on starting the donation process again in February this year.’

‘My friends and family have been really supportive, however my mum was concerned it would affect my fertility.’ 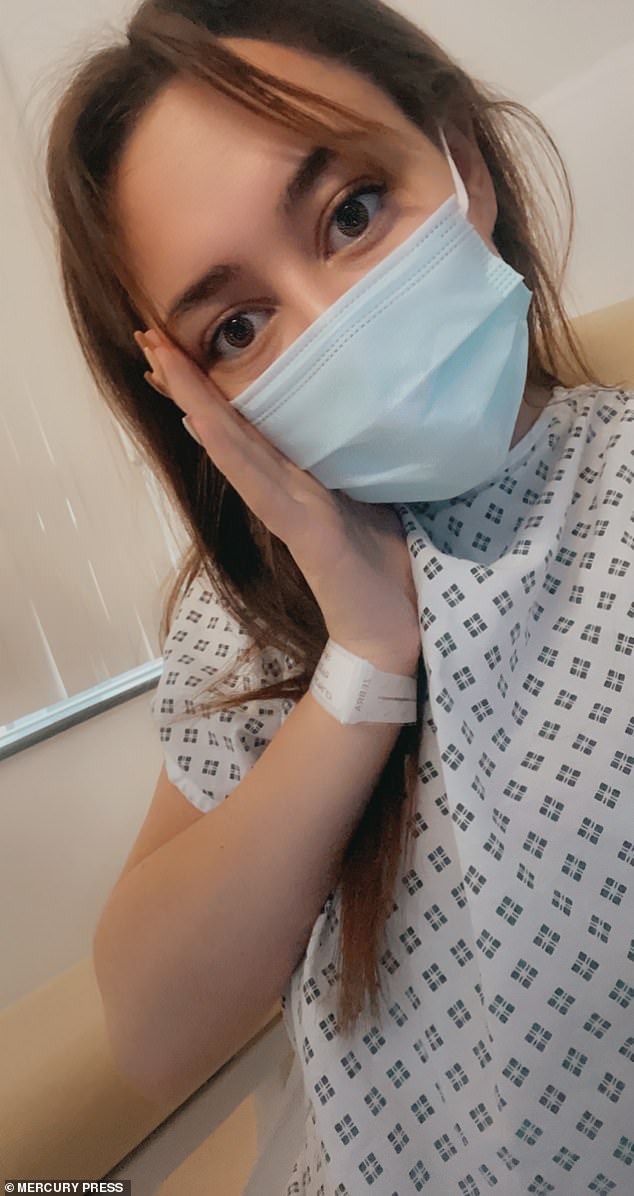 Whilst 22 may seem a young age to make such an important decision, Emma admits that is was something she had planned to do the moment that she turned 18. Pictured in the clinic

‘When she realised it didn’t have any long-term effects, she was really proud of me.’

For every donation cycle, Emma receives £750 to cover the costs of travel and expenses.

Since the procedure, where doctors successfully collected 46 eggs from Emma, she has been open about her journey and encourages other young women to follow in her footsteps.

She said: ‘I personally don’t know anyone else who has done this but I don’t feel like I’m too young. 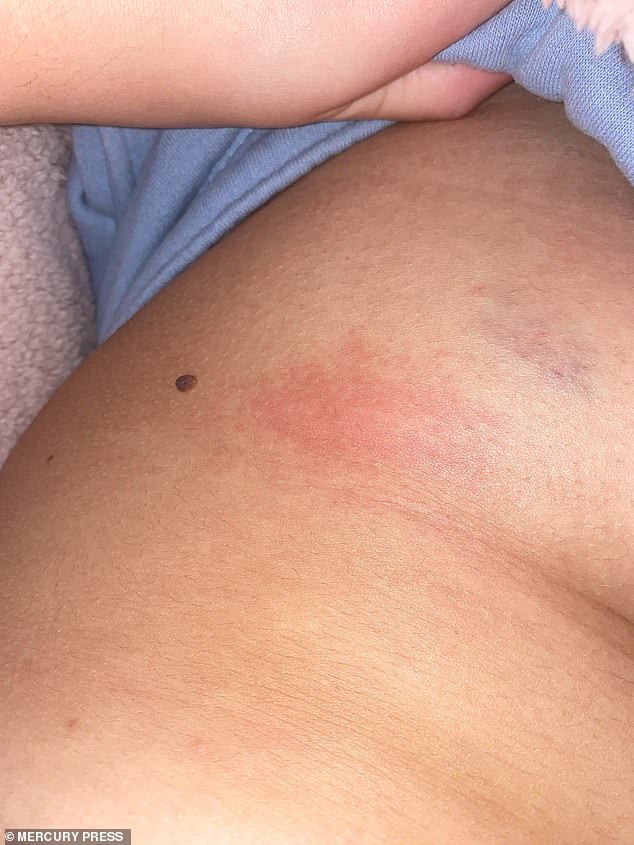 ‘There are a few people who have been quite negative and told me that I’m now a mother.’

‘I don’t agree with this, I’m just a donor. The people who raise them are their family.’

‘Other girls my age have asked if they should do it too – I told them to do their own research and speak to a clinic. It’s completely your own choice, but I don’t regret mine.’

Emma was prompted to donate her eggs following a series of heartbreaks for family members who had to go down the road of IVF.

She adds: ‘This is something that I always wanted to do.

‘It’s sad that some women who deserve to have children biologically can’t and I wanted to do something to help them.’

Whilst 22 may seem a young age to make such an important decision, Emma admits that is was something she had planned to do the moment that she turned 18.

In February last year, Emma felt that she was ready to try and applied to be a donor.

She said: ‘I went to Care Fertility, which is based in the hospital in Chester, and I approached them to enquire about donating.’

‘I was given a psych test to check I was mentally well enough to donate.’

‘I had my blood taken first to check my egg bank and tests to check for any underlying disease or issues – it was like an all-over body M.O.T.’

‘It was quite invasive, however each appointment was spread out over nine months, and I only attended about one a month which made it less stressful.’

‘My first appointment was in February, and I had my eggs collected in November.’

In addition to the procedure, Emma was given information about the legal side of egg donation.

She said: ‘They sat me down and explained my legal rights to the eggs.

‘I was told that they were my property until they were in the test tube.’

The most surprising thing for the 22-year-old, was the option to write a letter for the new families.

She adds: ‘I was also given the opportunity to give a message to whoever is born from the egg for when they turn 18.’

‘I thought that was an important part of the process because it’s something you write personally – it can’t be too personal though as I can’t give away my identity at the same time.

‘I tried to write something inspirational for them.’