Tom Holland: Zendaya has been a ‘shoulder to cry on’

At the premiere of “Spider-Man: No Way Home” in Los Angeles on Monday, Zendaya channeled the main Marvel character with her signature show-stopping style.

She stepped out in a plunging Valentino dress covered in black spiderweb stitching, accessorizing the high-slit style with black Christian Louboutin heels and Bulgari jewelry.

But perhaps the most on-theme element of her outfit? A sparkling black mask with netting over the eyes, referencing Spider-Man’s famed superhero mask.

The web-filled look appeared to have ties another superhero-related style, as a Twitter user compared it to a similarly spiderweb-adorned spring 1997 John Galliano dress that was even featured in a superhero-themed Met exhibition in 2008. 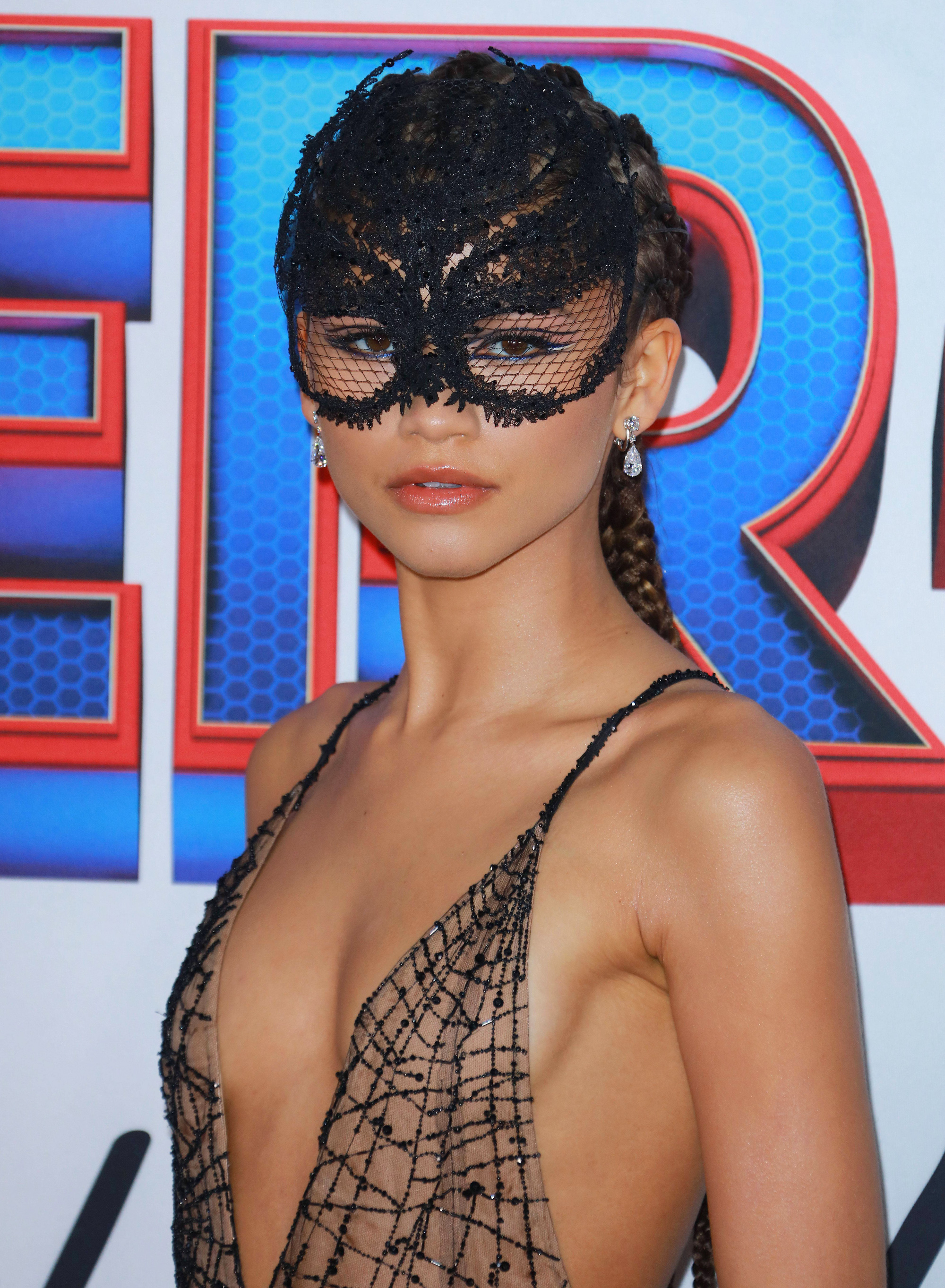 It’s not the first time Zendaya’s dusted off some cobweb couture, so to speak, for a “Spider-Man”event, as she attended the London premiere in a sparkly spiderweb-adorned Alexander McQueen jacket and matching Jacob & Co. earrings, which a rep for the jeweler told Page Six Style are worth a whopping $31,800.

She also hit the red carpet at the at the Balloon D’Or in Paris last month wearing a Roberto Cavalli dress complete with a metal spine, sparking comparisons to “Spider-Man” franchise villain Dr. Octopus. 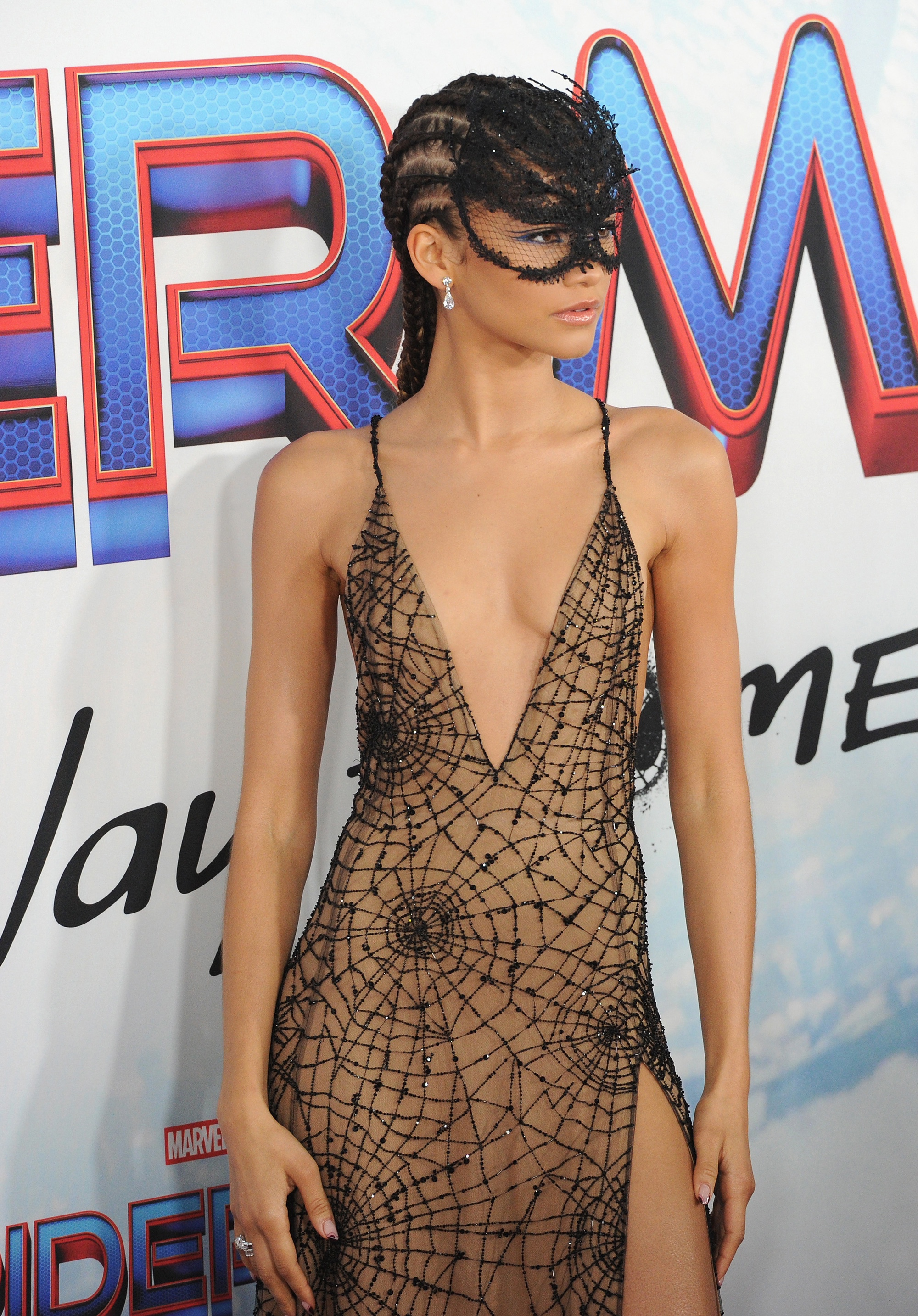 The CFDA Fashion Icon Award winner has been known to channel characters from the projects she’s promoting, including referencing Lola Bunny with her colorful suit at the “Space Jam: A New Legacy” premiere this summer.

For her most recent red carpet appearances, she’s been joined by boyfriend and “Spider-Man” co-star Tom Holland. The actor gushed about his girlfriend, 25, at the film’s London premiere, calling her a “shoulder to cry on” amid life in the spotlight.