8.45am Arsenal transfer news LIVE: Partey was ‘convinced to join by Xhaka’, Saka England debut, Ozil OUT of Europa squad – The Sun

ARSENAL are reportedly in talks with Mesut Ozil about mutually terminating his contract, despite the midfielder's offer to pay mascot Gunnersaurus' wages.

Meanwhile the prospect of playing with Granit Xhaka was a key factor in Thomas Partey's decision to join the Gunners, according to reports.

Follow ALL of the Gunners latest transfer news, updates and reaction below…

Thomas Partey's Ghana play Mali tonight in an international friendly – and Arsenal fans will hoping to see their man in the flesh for the first time since he signed.

The numbers are on Partey's side when you compare him to Arsenal's other midfield options: 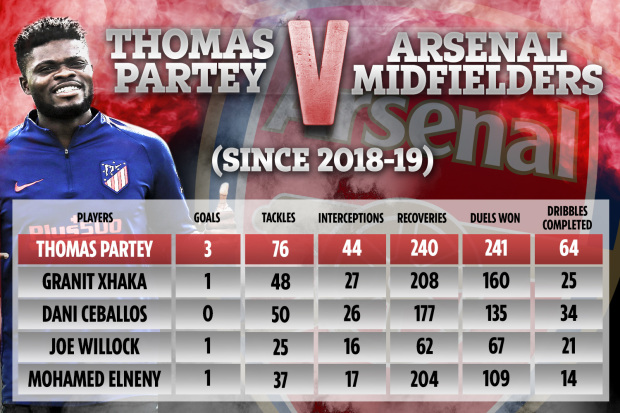