ALBANIA'S clash with Poland in Tirana was suspended after home fans pelted Robert Lewandowski and Co with bottles.

The away side were celebrating as Karol Swidersky gave them a priceless 77th minute 1-0 lead. 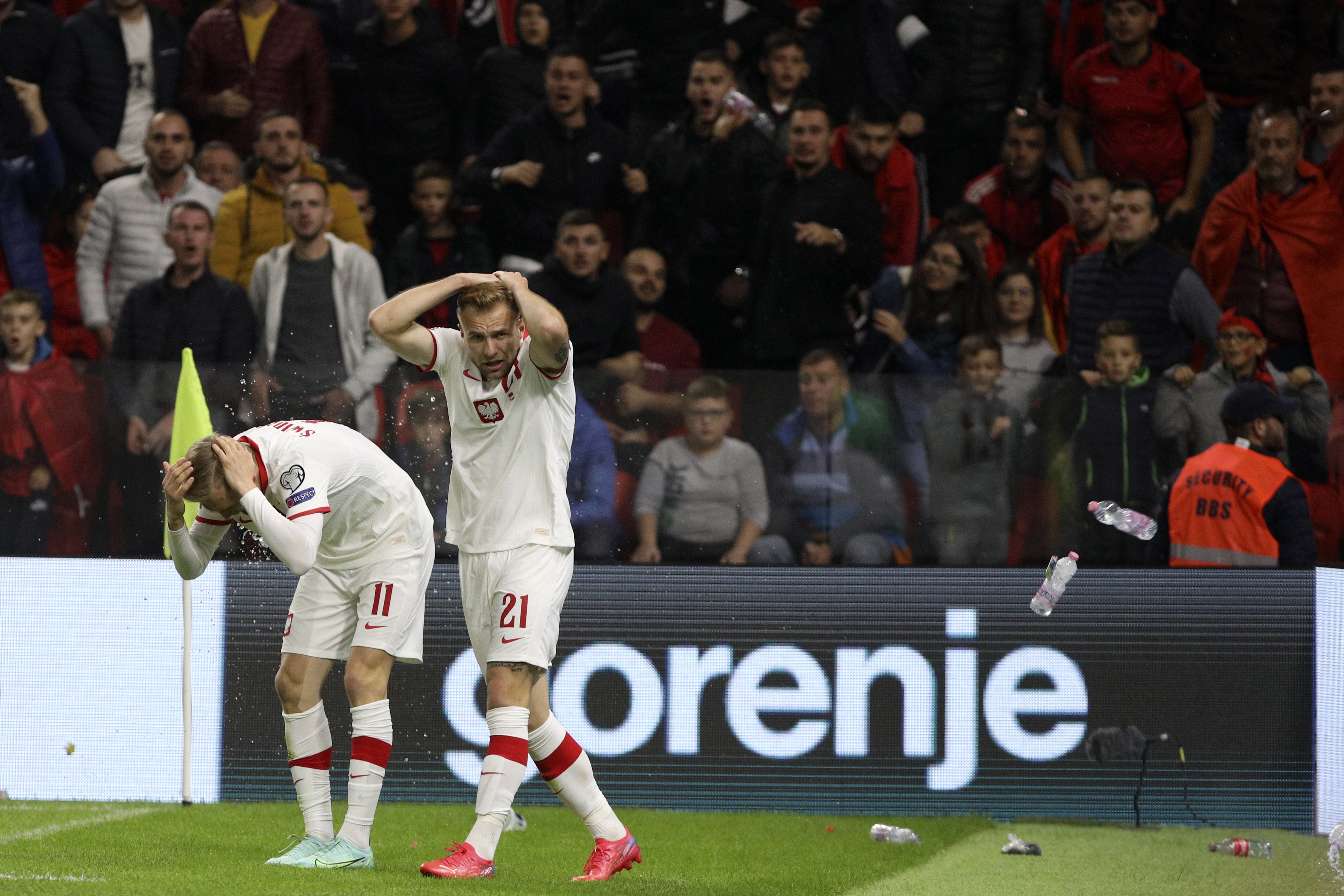 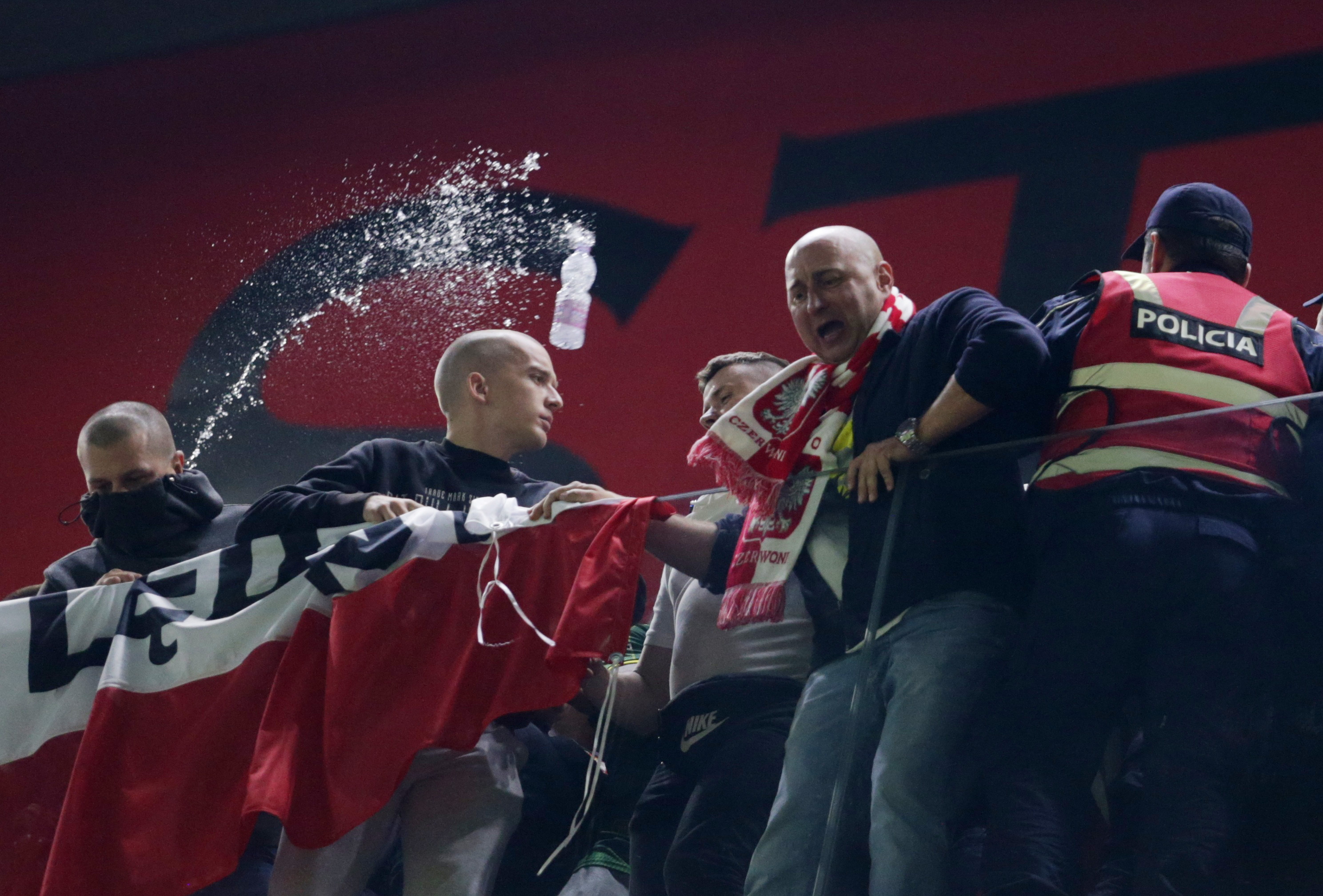 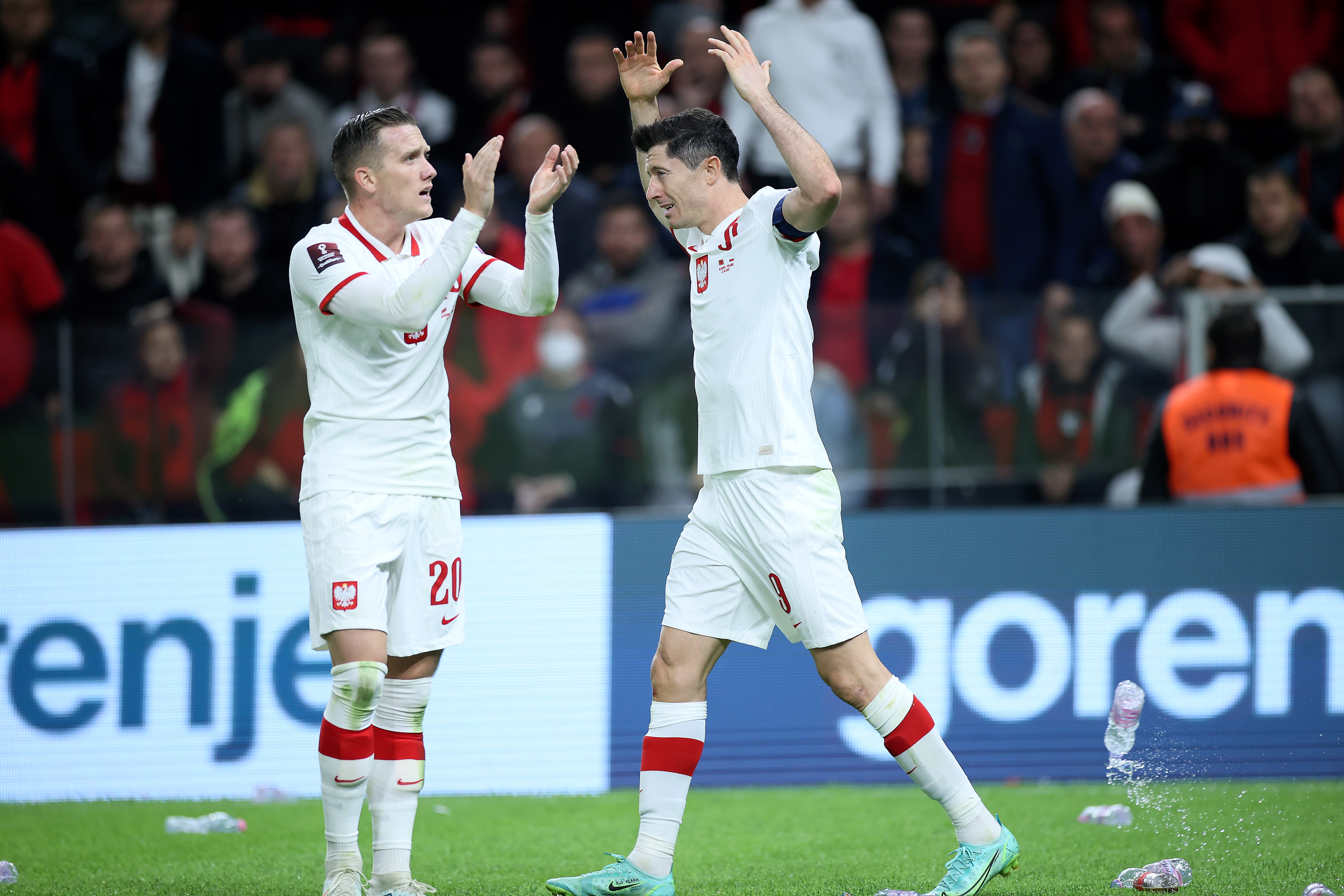 But celebrations were soured, as objects including bottles were hurled onto the pitch.

Kamil Glik reacted furiously to the dangerous actions of some home fans, while a bemused Lewandowski waved his hands in disgust.

The match was then suspended for around 20 minutes, before play finally resumed with 13 minutes left on the clock.

Poland held on for a priceless victory in the race for second place in England's World Cup qualification group.

The win sees the Poles leapfrog Albania into the second place, which would see them enter play-offs for a spot at Qatar 2022.

Meanwhile in Group I, there was also crowd trouble during England's 1-1 draw with Hungary at Wembley.

Trouble broke out in the visitors' section of the crowd within just three minutes of the match kicking off.

In shameful scenes, a group of stewards, numbered around 20, were left to protect themselves under attack from all angles as tensions spilled over.

Metropolitan Police confirmed at half-time there was an arrest for a racist slur from an unidentified supporter – sparking the crowd trouble.

While an FA statement added: "We are aware of an incident in the away section during tonight’s Fifa 2022 World Cup Qualifier at Wembley Stadium.

"We will be investigating and will report the incident to Fifa."