AMANDA NUNES believes she is already the greatest female fighter in MMA history.

The Brazilian star, 31, is aiming to make it nine unbeaten when she defends her Bantamweight title against former champ Holly Holm in the co-main event at UFC 239 on Saturday in Las Vegas. 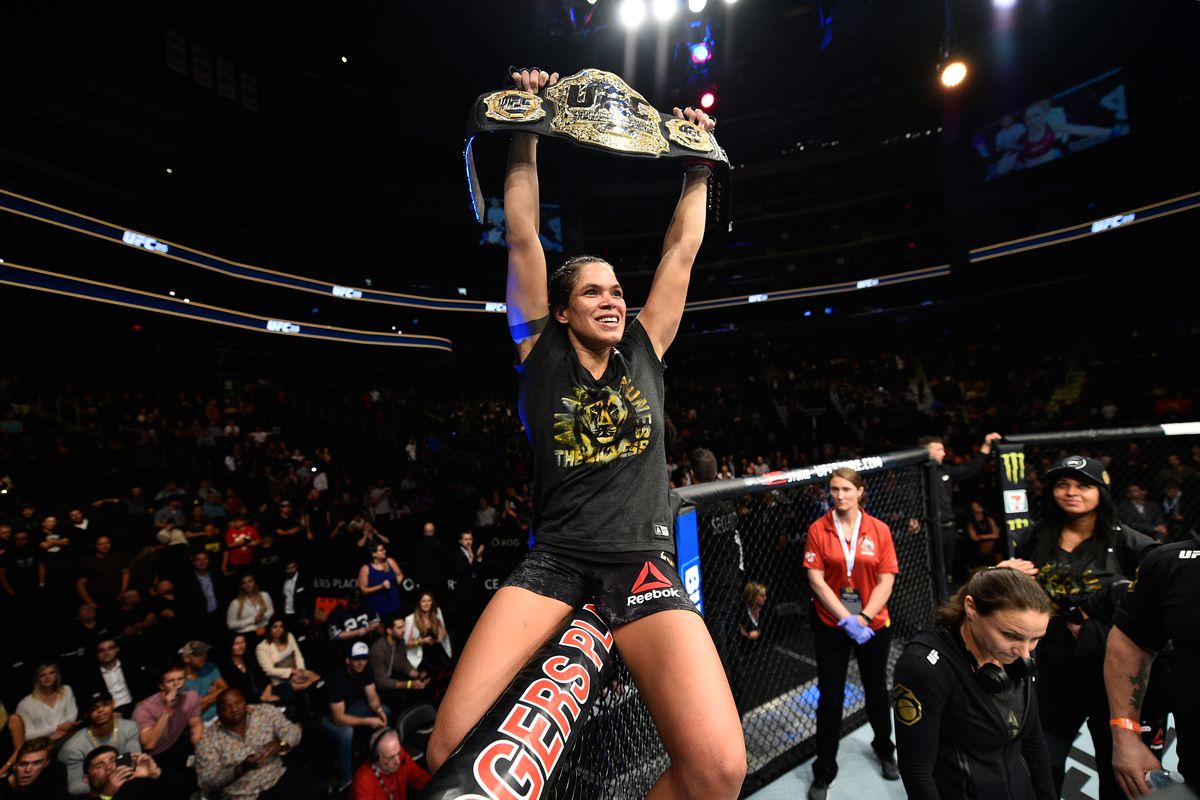 Nunes, currently the holder of belts in two divisions, already held victories over Miesha Tate, Ronda Rousey, Valentina Shevchenko and Raquel Pennington at 135 pounds before knocking out Cris Cyborg last time out to add featherweight gold to her collection.

Overcoming Holm in Sin City would further strengthen Nunes’ claim as the best woman to ever step foot inside the Octagon.

But she feels she has already proved her greatness.

'I AM THE GREATEST'

Speaking at UFC’s media day prior to the mouthwatering showdown at the T-Mobile Arena, she said: “Yeah, it’s for sure, I am the greatest of all-time.

“I beat the most dominating woman on the planet. I feel like I deserve it now.

“A lot of people have been saying (it). All the things– everybody sends a message for me, a lot of letters at the gym.

“I have a bunch of letters that I have to send back to the fans… Every time I sign them, I sit back.

“I believe them and now I say I am. I deserve everything that I have in my life.”

Despite her confident boast, Nunes has no intentions of taking her foot off the gas ahead of her latest step on the climb to iconic status this weekend.

And she is relishing the opportunity to prove to any doubters she has by overcoming why promises to be a huge challenge in Holm.

Nunes added: “I feel like I am definitely excited for this fight – definitely.

“Definitely excited more to see how my game plan in the cage is going to be.

“My mind is going to be (fine), because Holly is a great fighter. She moves a lot. She has good boxing, she has good kicks.

“I have to be on point with my game plan to be able to capitalize and finish the fight.”

KHABIB VS PORTIER – HOW TO BE THERE WITH EMIRATES

Undefeated UFC lightweight champion Khabib Nurmagomedov returns to the Octagon to defend his belt for the second time in Abu Dhabi on September 7.

The 27-0 Russian defeated Conor McGregor in the fourth via submission last time out on an explosive night back in October.

Now fans can expect plenty more fireworks when he squares off against interim title holder Dustin Poirier in the main event of UFC 242.

And you can still be there to watch all of the action live from the du Arena.

Emirates offer numerous routes from the UK to UAE.