ANTHONY JOSHUA has hinted that an undisputed title fight with Tyson Fury is close to being announced after a ‘positive meeting’.

The British heavyweight giants are ready to square off later this year and decide who is the king of the division. 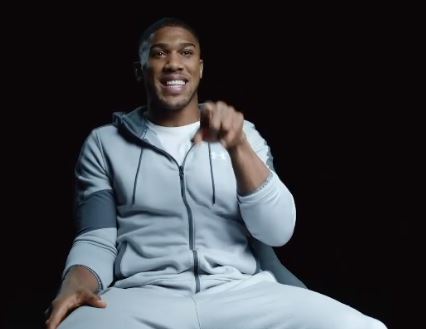 SunSport understands a July fight in Saudi Arabia is the most likely option.

And Joshua, 31, has given boxing fans a big boost by declaring he’s held ‘positive’ talks with his management team.

“They’ve informed me things are shaping up nicely.

“They will be sharing the update with Eddie (Hearn) and you’ll be hearing from me soon.”

The news will come as a relief to supporters, who had been worried about Deontay Wilder’s impending legal action to force a trilogy fight against Fury, 32.

Indeed, the American could yet fight Joshua instead next year, despite having ‘turned down the deal of the century’ in the past.

However, all eyes will be on AJ vs Fury for the time being.

BET OF THE DAY: BEST PRICES ON THE MARKET FOR PREMIER LEAGUE AND CHAMPIONS LEAGUE ACTION

And fans can expect a rise on the usual £25 box office price – although Eddie Hearn insists it will not cost £40.

The promoter also adds that AJ is in tip top shape and will not be taking Fury lightly – even if the Gypsy King is currently at a heavier weight than usual.

Hearn told Seconds Out: “I think before he  (Fury) goes into any main camp he doesn’t look like AJ, ever.

“I said to AJ the other day, ‘Did you see Fury jumping in the sea? He looked like me!’

“The response from AJ was, ‘We’re going to get the best Fury, so I don’t care if he’s carrying a bit of extra weight now, I’m training for the best-ever Fury’.

“And, make no mistake, Fury will be in top shape for this fight.”