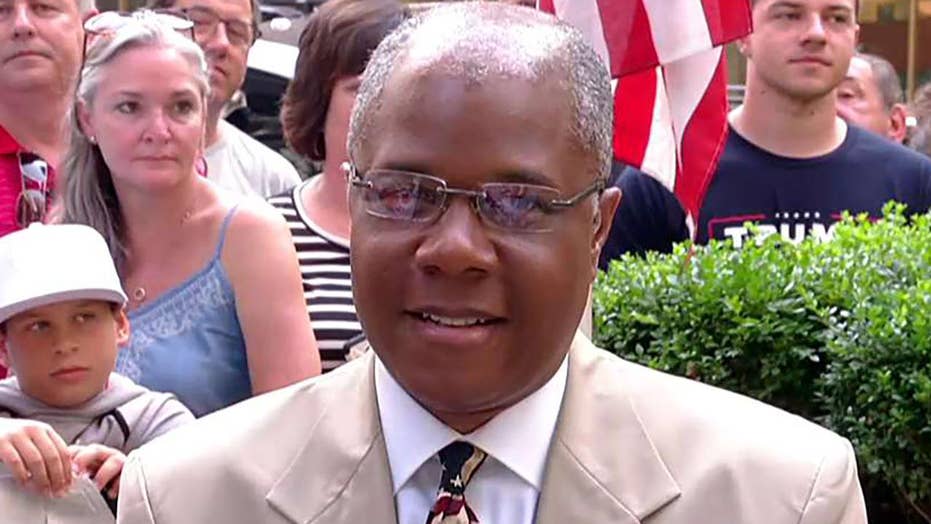 Deroy Murdock: How Nike stepped on its own shoelaces in the latest Kaepernick fiasco

The Anti-Defamation League on Tuesday weighed into the Betsy Ross flag debate after Colin Kaepernick reportedly raised concerns to Nike officials about putting the flag on a sneaker.

Kaepernick, the former San Francisco 49ers quarterback who created a firestorm in 2016 when he decided to kneel during the national anthem to raise awareness about perceived racial injustices, told Nike that flag recalled an era in which black people were enslaved and that the particular flag had been appropriated by white nationalist groups, according to multiple reports.

The Anti-Defamation League does not have the particular flag in its database of hate symbols, Mark Pitcavage, a senior research fellow for the group’s Center on Extremism, told the Associated Press. He said extremist groups have occasionally used the flag, but it’s most commonly used by people for patriotic purposes.

“We view it as essentially an innocuous historical flag,” he said. “It's not a thing in the white supremacist movement.”

In response to Ducey, California Gov. Gavin Newsom made the company aware that his state was close by and “open for business.”

Nike said in a statement that “it pulled the shoe based on concerns that it could unintentionally offend and detract from the nation's patriotic holiday.”

“Nike is a company proud of its American heritage and our continuing engagement supporting thousands of American athletes including the U.S. Olympic team and U.S. Soccer teams,” the company said.

Lisa Moulder, the director of the Betsy Ross House in Philadelphia, said she never heard of the flag being used as a hate symbol.

“Personally, I've always seen it as a representation of early America,” she told the Associated Press. “The young nation was not perfect, and it is still not perfect.”

The flag came under fire in 2016 when a Michigan chapter of the NAACP said the flag was being “appropriated by the so-called 'Patriot Movement' and other militia groups who are responding to America's increasing diversity with opposition and racial supremacy.”

The statement came in response to a high school football game where the NAACP claimed some white students used the flag while attempting to intimidate players from a predominantly black school.

However, the Anti-Defamation League says the “Patriot Movement” described groups that include militias and others who have adopted anti-government conspiracy theories. The organization said there’s some overlap between the “Patriot movement” and the white supremacist movement but the overlap has mostly shrunk over time.