Home » Sport » Antonio Conte's craziest moments, from touchline rows and fighting his players to getting thrown in bath in his pants

Antonio Conte's craziest moments, from touchline rows and fighting his players to getting thrown in bath in his pants

ANTONIO CONTE will definitely bring plenty of passion to the sidelines as the new Tottenham manager.

The Italian, 52, has been handed the reigns at Spurs, following the sacking of Nuno Espirito Santo, on an 18-month deal worth £15million a year. 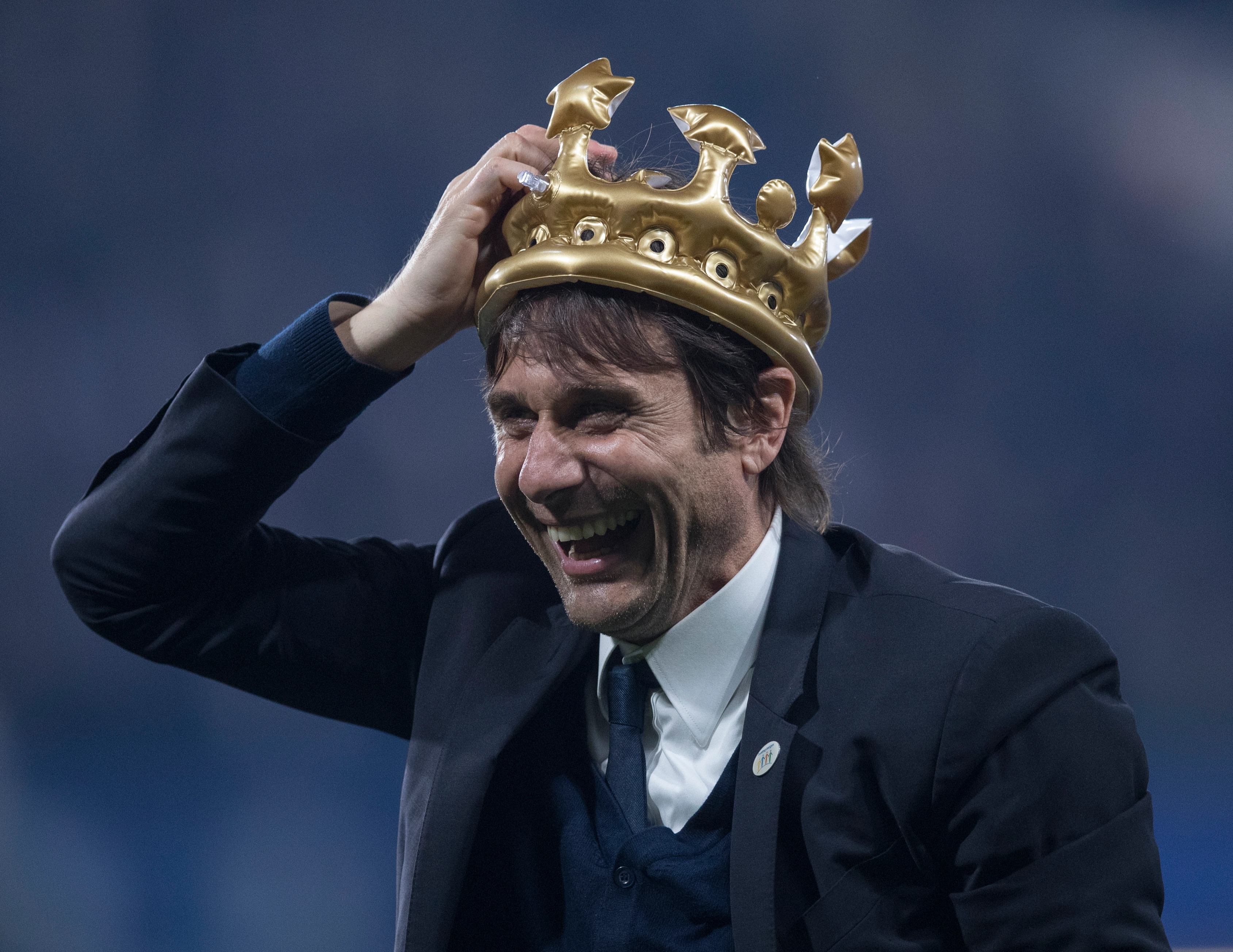 That means fans can expect plenty of high jinks as Conte tries to turn the Premier League giants' fortunes around.

From wild goal celebrations, including diving into the crowd, to getting thrown into cold baths by his players, the former Chelsea boss has had some crazy moments in the game.

Here's some crazy moments that have stood out for SunSport.

There's no doubt about it, Conte is a passionate man.

If he's not rowing with his staff on the bench or gesticulating wildly to his players and arguing with officials, he's jumping for joy when his team scores.

Case in point at Stamford Bridge in a 2017 tussle with Arsenal. After the Blues went 2-0 up thanks to an Eden Hazard solo goal, Conte was delirious.

The enigmatic boss flung himself into the stands and hugged a group of enthusiastic supporters.

He has also been known to swing off dugouts, throw himself to the ground in his technical area when unhappy and fling his hands in the air at the crowd to get fans behind his team. 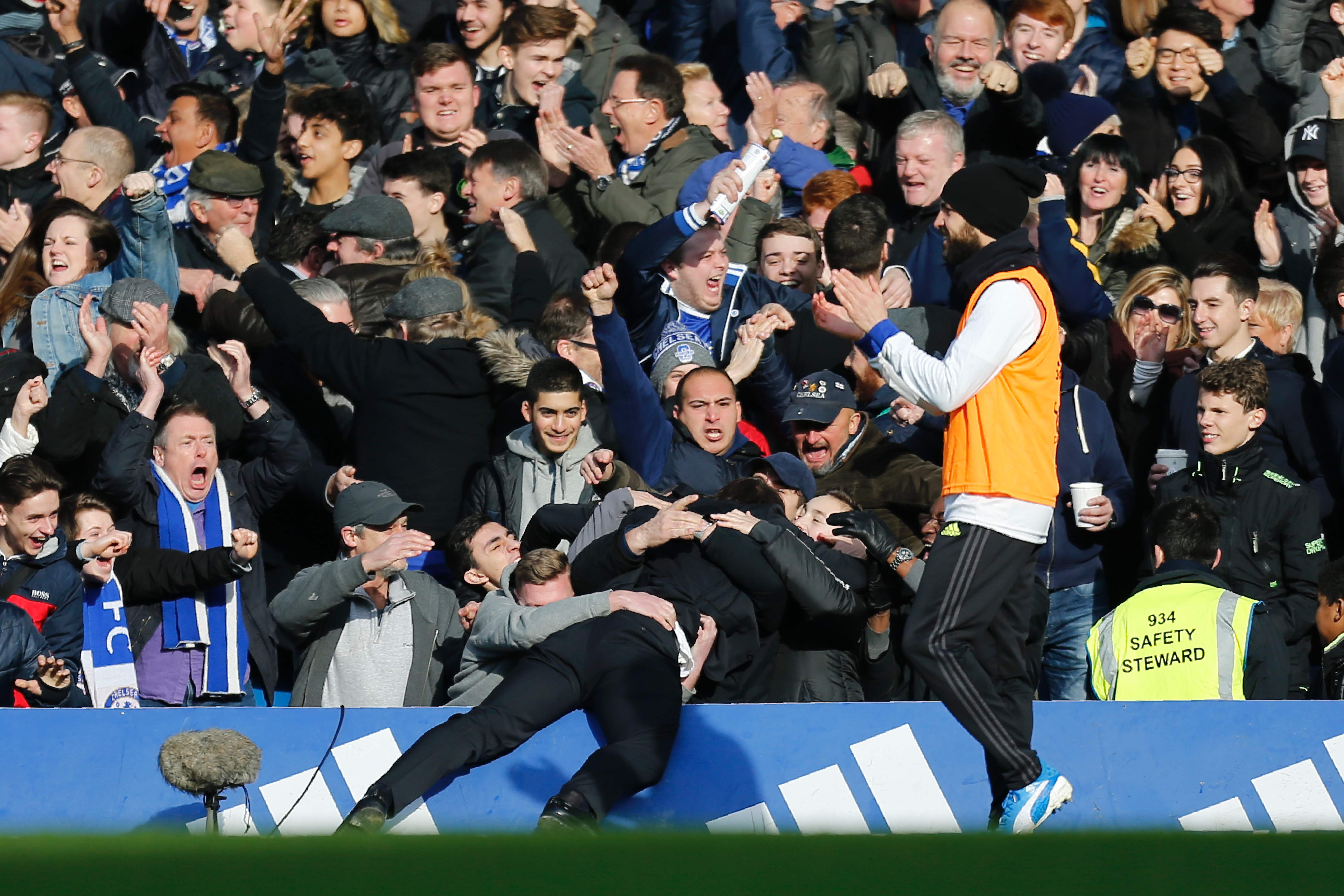 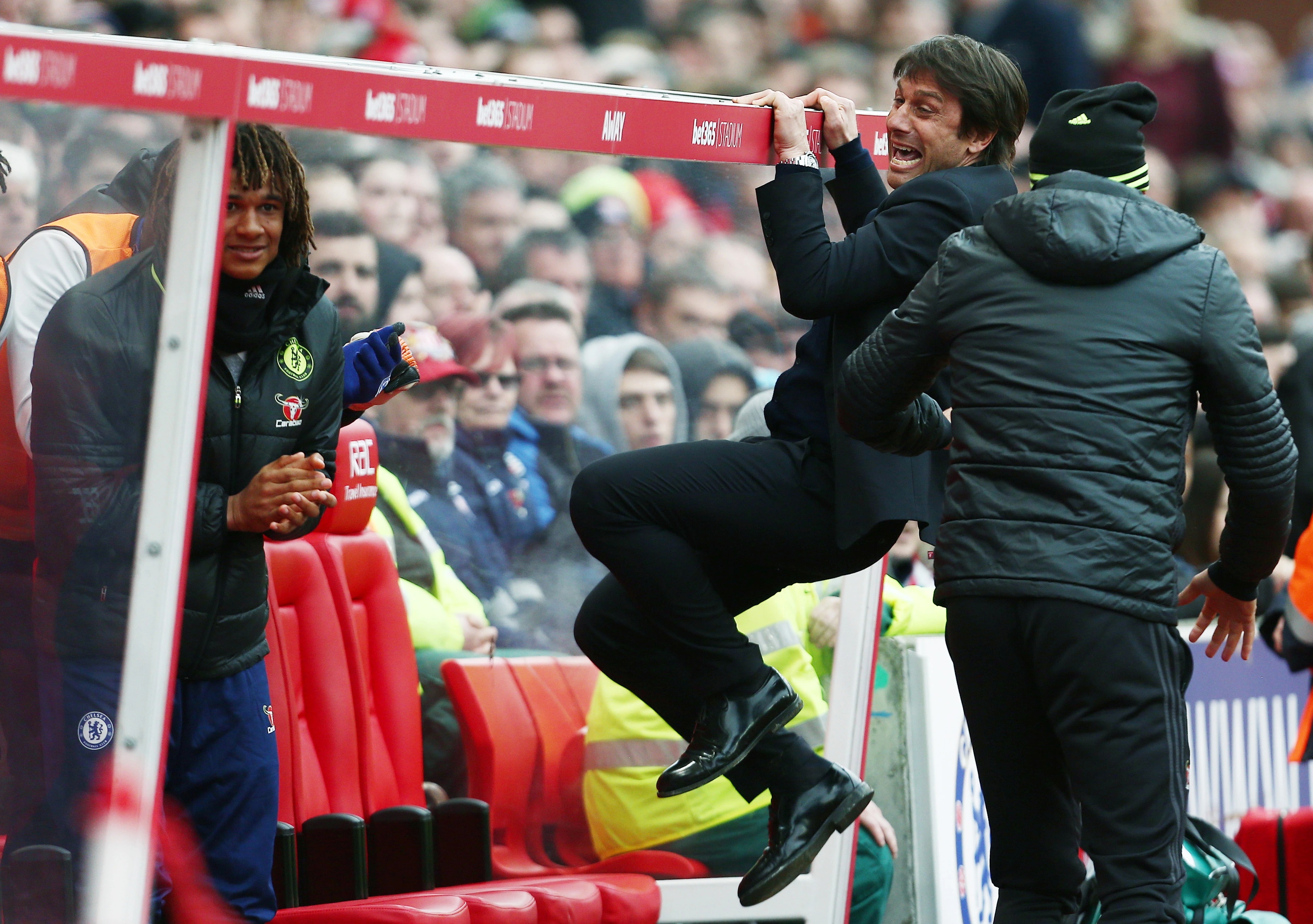 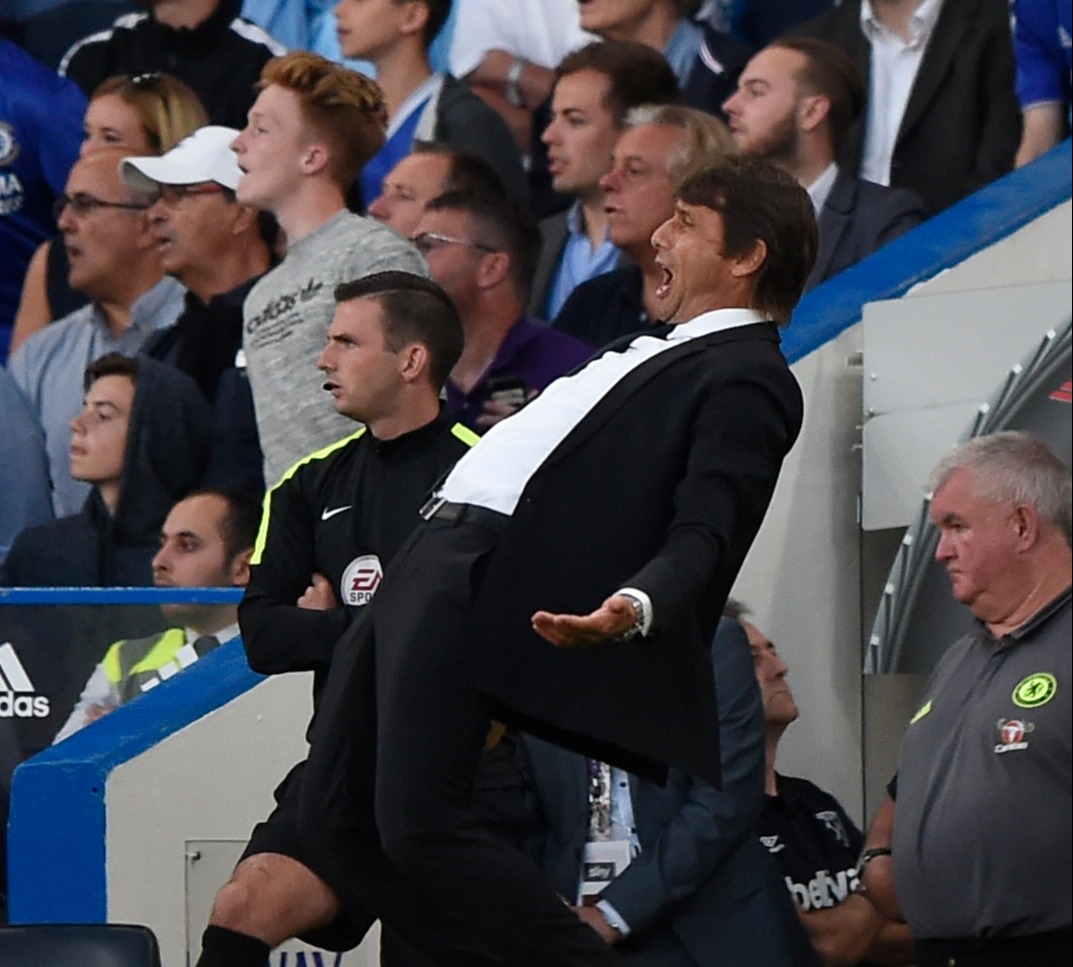 Press conferences can be dull affairs, although Conte does his best to liven things up.

If he's not laughing infectiously like cartoon dog Muttley to deflect questions, he's eating cake in them.

That happened in 2017, when Chelsea had just thrashed Leicester City 3-0 and their title credentials were being discussed.

A peckish Conte noticed that one of the journalists had some cake, as he was quizzed.

He revealed he hadn't eaten and asked if he could try some.

After grabbing a fork and tucking in, he told his audience: "It's very good!" 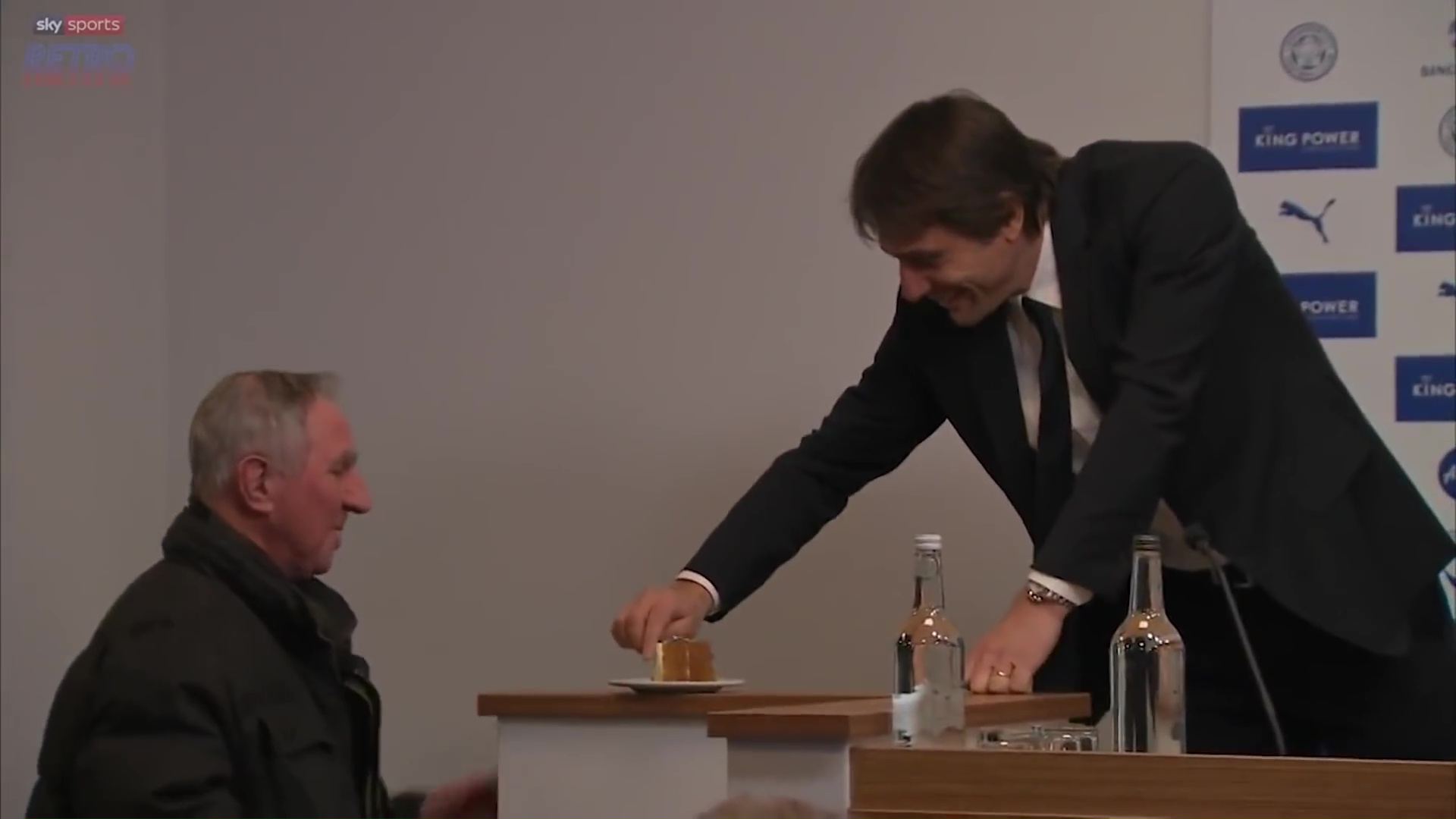 There's certainly no love lost between Conte and Jose Mourinho.

When the pair were on our shores, it's fair to say they never saw eye-to-eye. In fact, they were regularly at each other's throats.

The Special One stooped low by poking fun at Conte's hair transplant, inferred he was a "clown" because of his goal celebrations, and alluded to his match-fixing scandal.

However, Conte is no shrinking violet.

He called Mourinho a "little man" and told him to concentrate on affairs at his own club (Manchester United at the time) because he spends too much time thinking about Chelsea.

When the two sides met, there was even a coming together on the touchline with both barking at one another. It was settled, though, with a handshake. 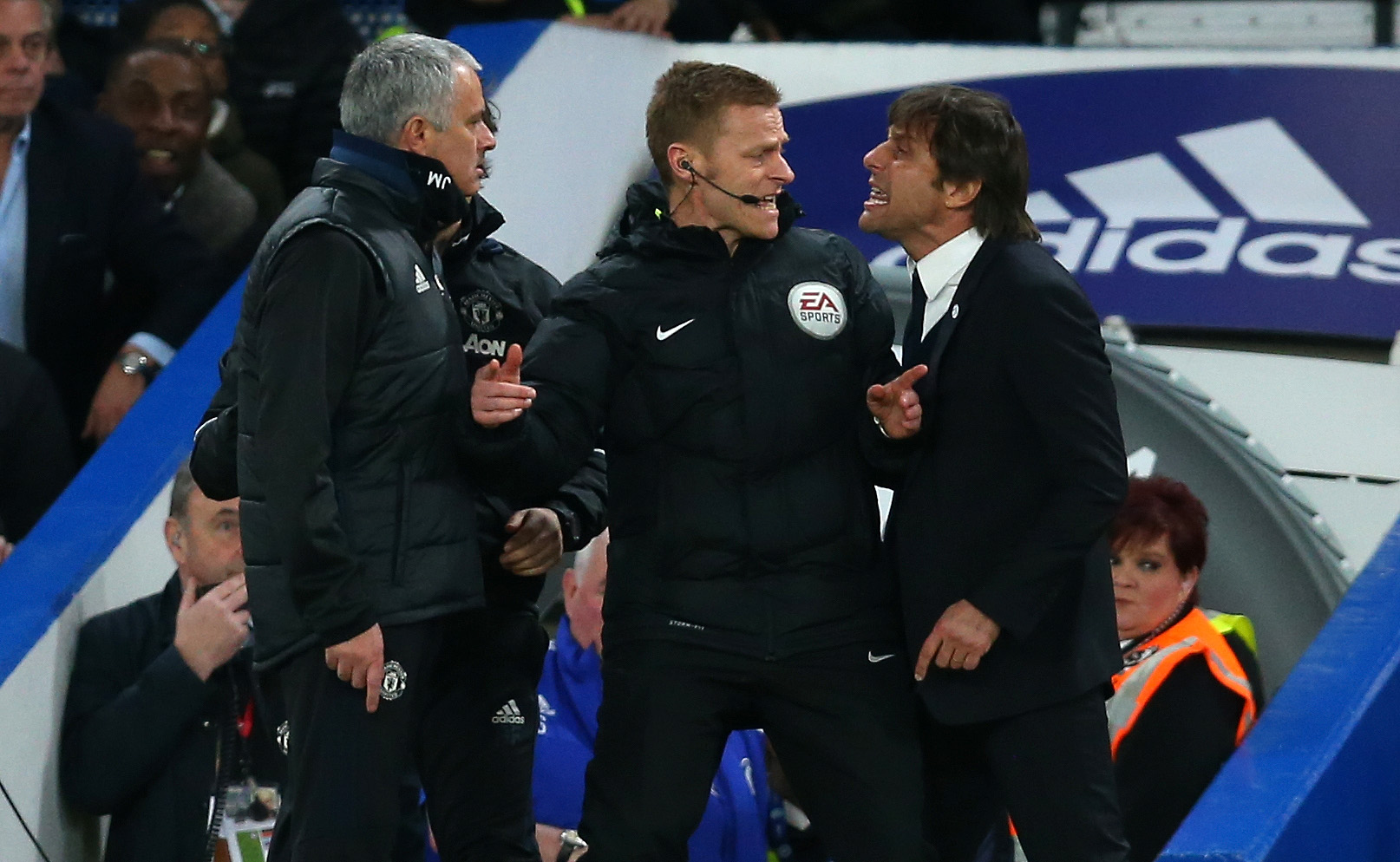 KEEP YOUR HAIR ON

During his playing days at Juventus, the Italian's mane was thinning and it is believed he had a hair transplant.

However, Sevilla star Ever Banega was convinced the coach was wearing a wig during the Europa League final clash between the LaLiga side and Inter Milan.

The Argentine midfielder taunted Conte who was patrolling the touchline. And according to various outlets, he decided to mock Conte’s hair during a feisty exchange during the clash.

Banega is reported to have started the row, saying: "Let's see if that wig is real".

In response, Conte allegedly told Banega he would, "see him after the game." 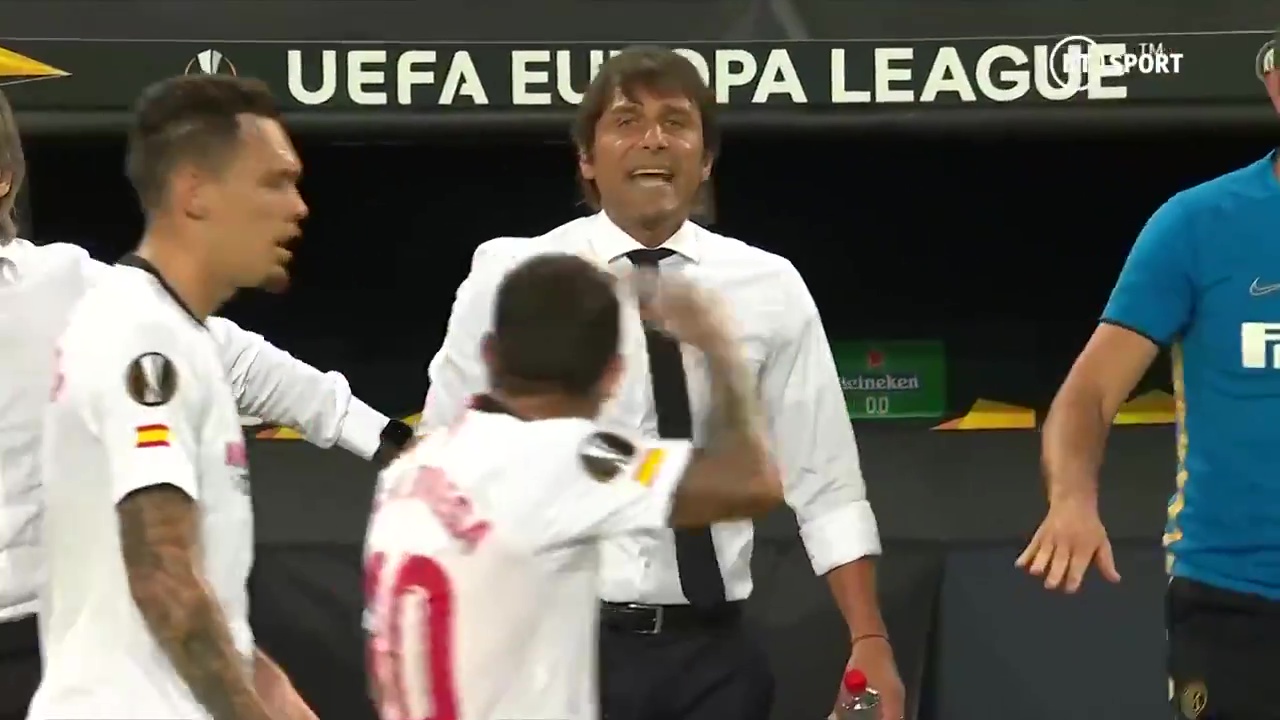 Over the years, hard taskmaster Conte has had his clashes with players.

But it was an incident with Argentinian star Lautaro Martinez last season that threatened to spoil Inter's title-winning party.

The forward took exception to being subbed off on with 13 minutes to spare – after being introduced as a 36th minute sub for the injured Alexis Sanchez.

The fiery Martinez ignored his manager on the touchline and booted a water bottle before throwing his shirt to the ground.

Conte then reportedly shouted at his striker: "You need to shut up, have you understood?"

However, days later Conte and Martinez were seen stepping inside a makeshift ring at the training ground in a brilliant video.

The pair were all smiles as they traded a few jabs, but all was forgotten and they had clearly moved on. 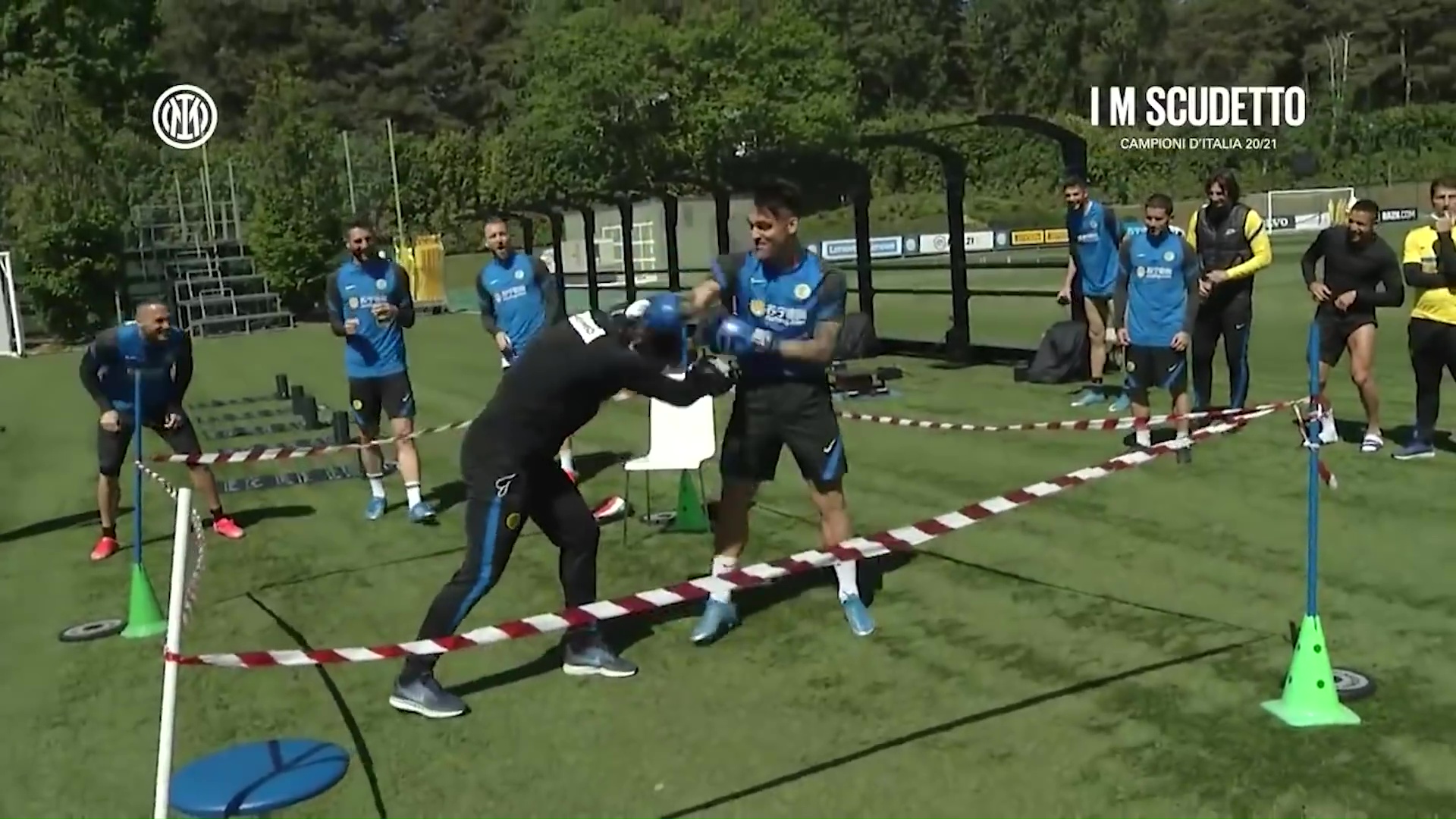 BUT IT DIDN'T END HAPPILY WITH COSTA

Not everyone toes the line.

Diego Costa was famed for his fiery temperament, liking a beer and had a nightclub in his Surrey home.

You can imagine that didn't sit well with Conte, who had an almighty bust-up with the striker.

Then, he refused to let him leave when he wanted to make a money-spinning move to China. 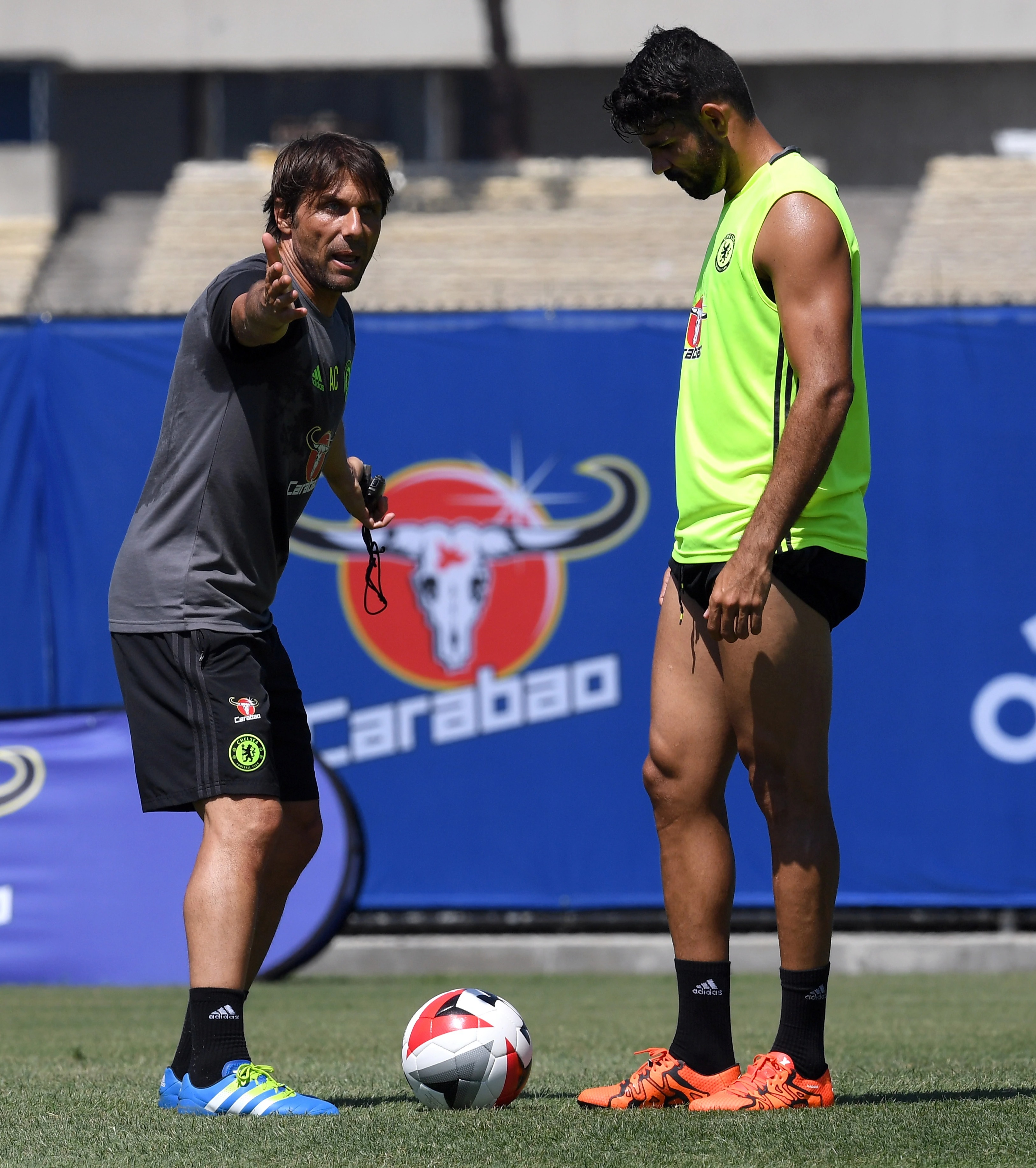 Proving he is game for a laugh, Conte was all smiles in 2013 when he was thrown into a cold bath by his players.

The incident occurred after Juventus had claimed their 29th Serie A title.

Stripped down to his tiny whites, the gaffer was carried by a group of stars into the shower area.

Waiting for him was an ice bath, which he was dunked in before quickly emerging and wrapping himself up in a towel.

Imagine what awaits if he wins something with Spurs. 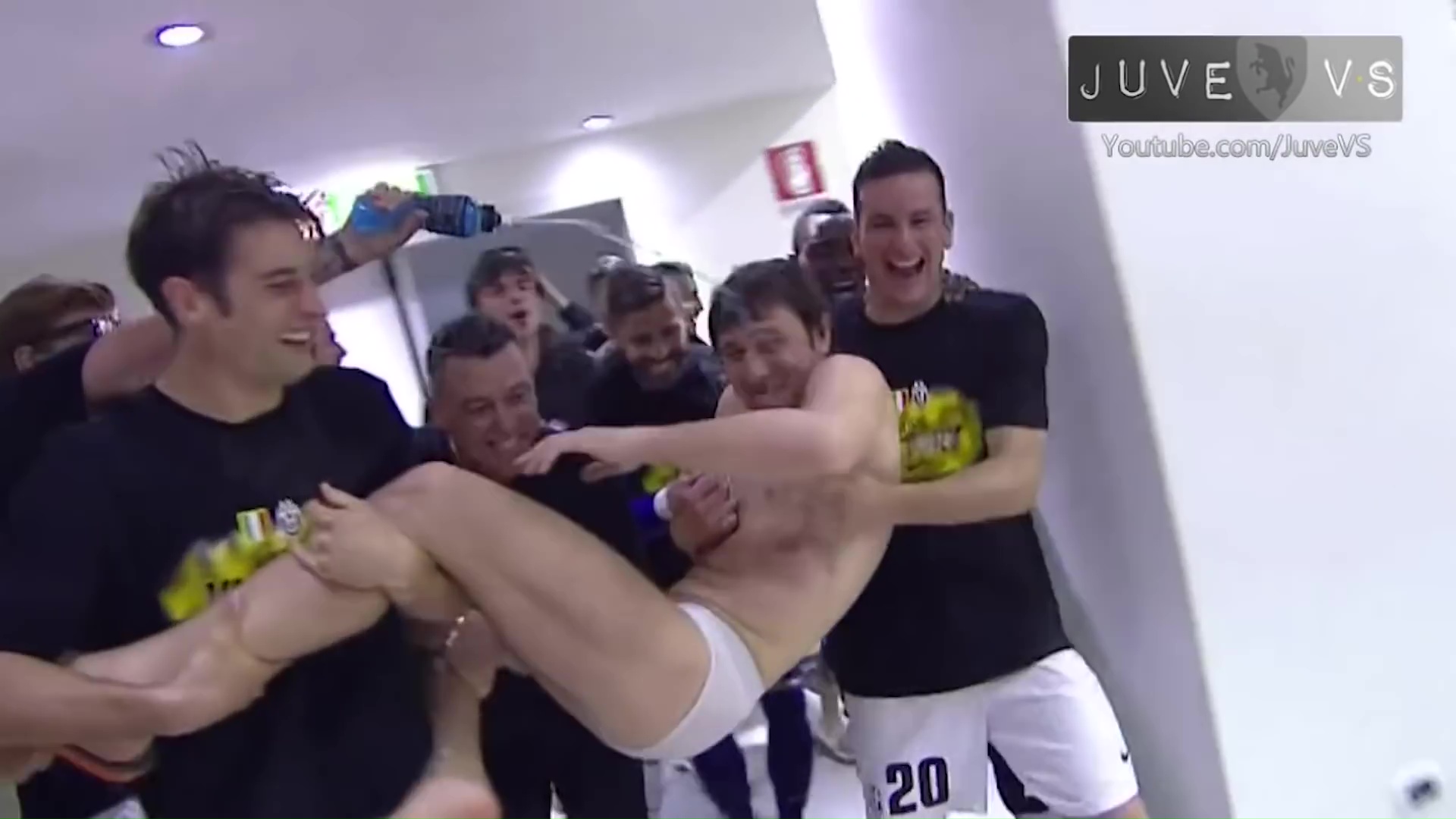 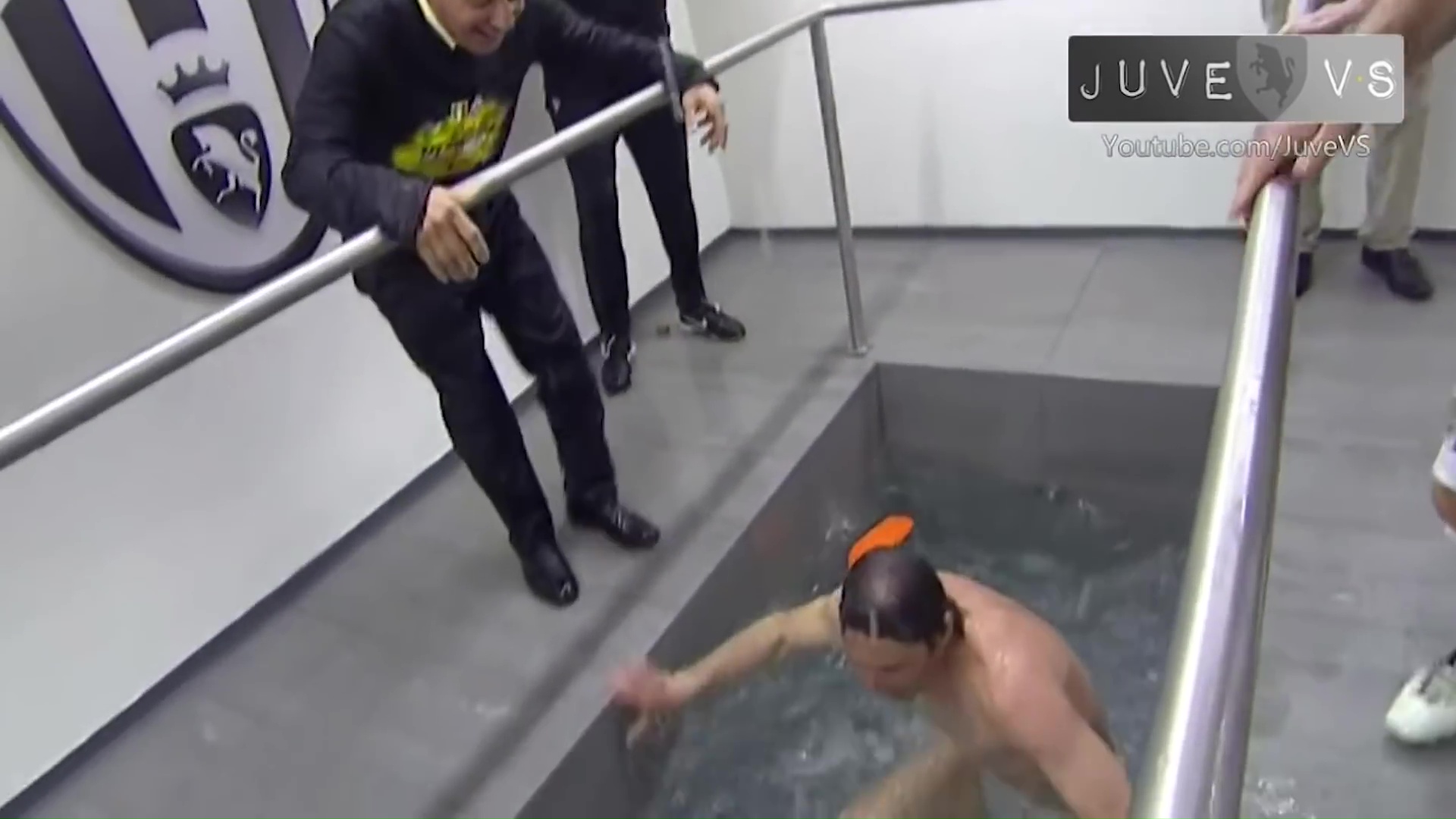