MIKEL ARTETA has provided an injury update on David Luiz after the defender went off just five minutes into the second half against Leicester.

The 32-year-old was replaced by Shkodran Mustafi at the Emirates, with the German to later lose his position to allow Jamie Vardy to head home the winner. 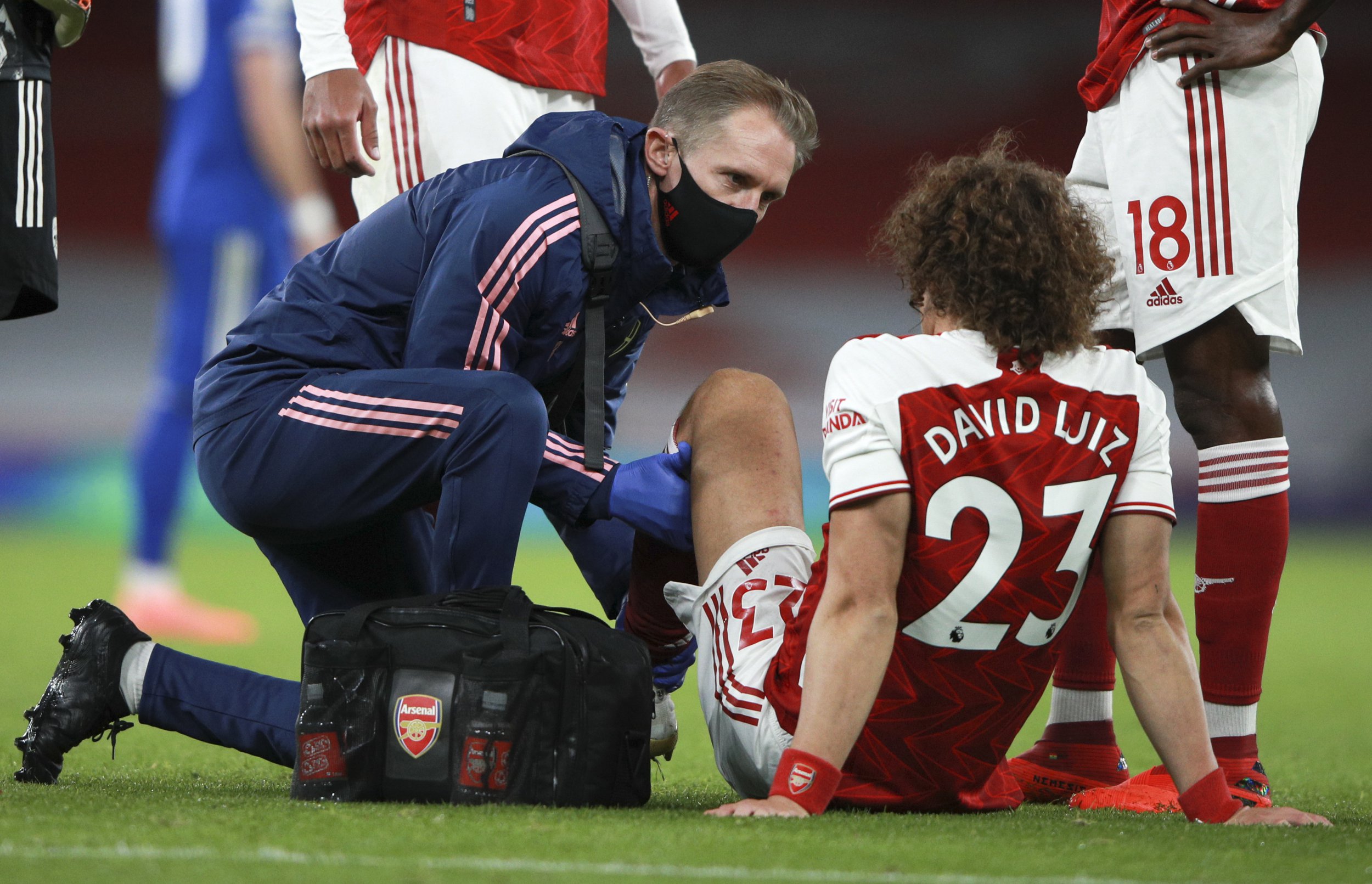 Prior to his withdrawal from play, the Brazilian defender looked assured at the back with compatriot Gabriel with the two having formed a strong partnership.

And Arsenal missed his leadership at the back when he went off with a muscle injury after being spotted with ice strapped around his leg in the stands.

Luiz – who already missed the Premier League opener against Fulham due to injury – is now a doubt to face Manchester United at Old Trafford on Saturday.

When asked about his latest setback in his post-match press conference, Arteta said: "I don't know.

"We've lost a few players in the last week or so.

"David had a muscular problem and he couldn't carry on.

Saliba, 19, has been playing with the U23s, but should Luiz face a spell on the sidelines, he could be included in a matchday squad.

Speaking of his move the Gunners, the French teenager told Ian Wright: "It is a big dream [to play for Arsenal].

"It was a big dream becoming a reality for me.

"[Mikel Arteta] is very positive. Sometimes he would send me a message when I was at Saint-Etienne. So it’s good."