The Gunners' keeper was baffled why the leaders had a spot-kick appeal referred to the video assistant whereas Arsenal didn't. 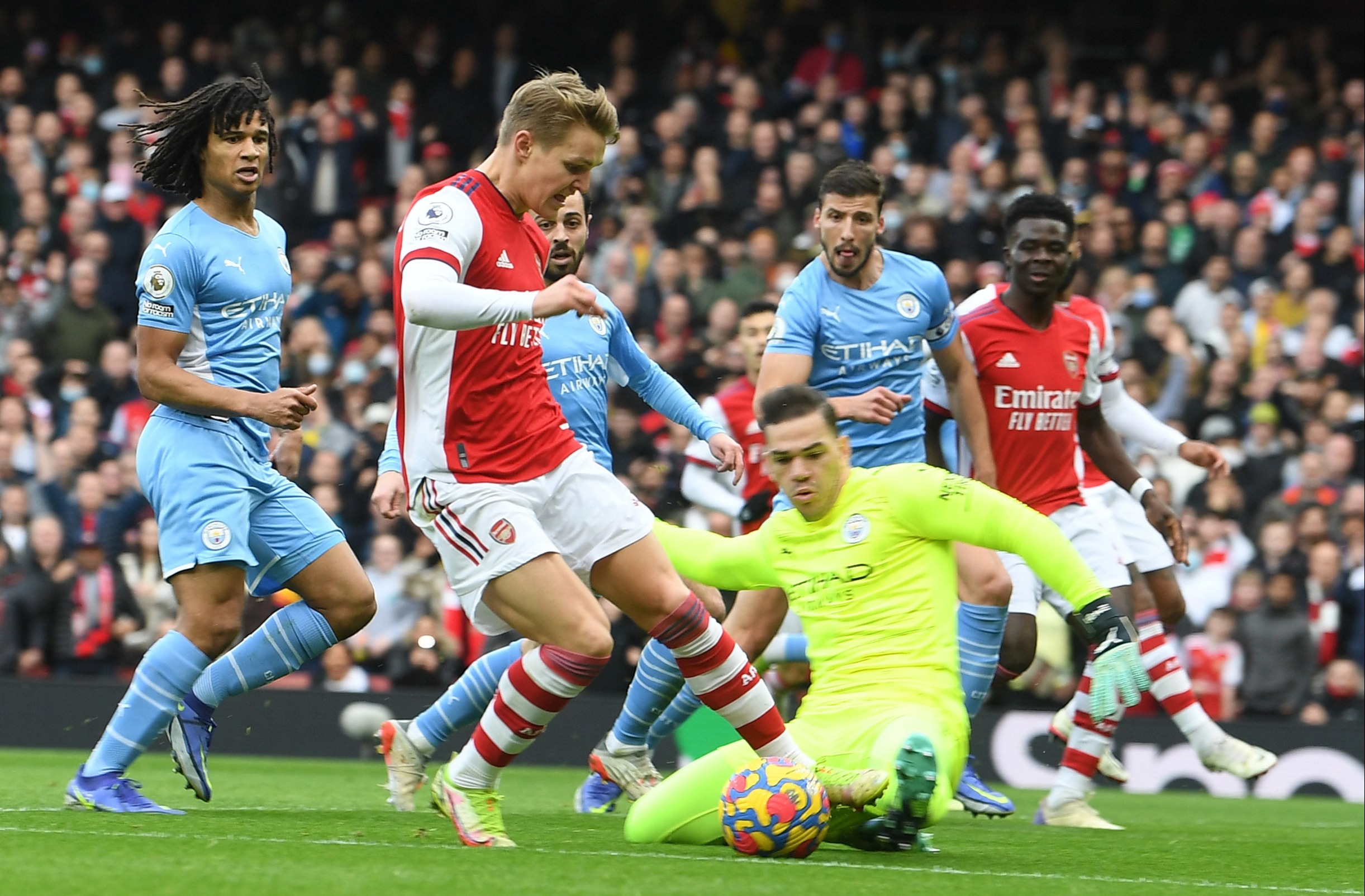 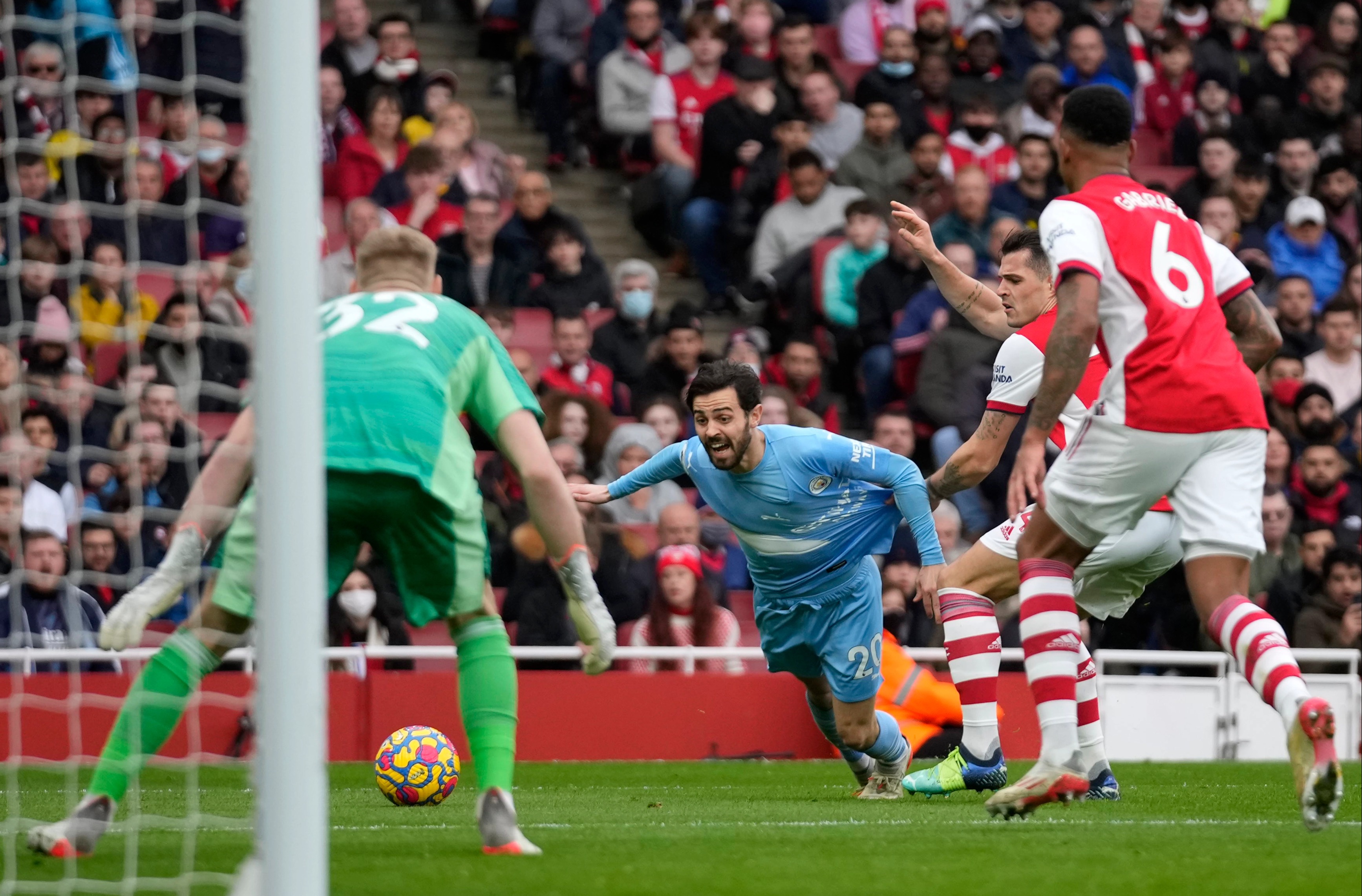 And the Gunners were furious Martin Odegaard was denied a spot-kick despite City No1 Ederson sending him tumbling.

Ramsdale told BT Sport: "I am basing it on both penalties – the inconsistency of going to the screen.

"The referee might have ruled it out straight away when he looked at it. But it is the fact he went to look at it.

'Both in real time he said no penalty, but only gets told to look at one.

"Theirs was soft for me but he gets told to look and has given it.

'The goalkeeper comes out with his foot and he either catches him or the ball."

City's own penalty saw Granit Xhaka pull down Bernardo Silva –  with referee Stuart Attwell changing his mind to give it after viewing replays.

And Ramsdale added: "Both penalties, I don't know why the referee is told to see one and not the other. It is there for a reason, go and use it.

"The whole point is to help the game out, in real time it didn't look like one and slow it down on a screen and it is given."

Gunners' assistant boss Albert Stuivenberg – taking charge while Mikel Arteta has Covid – also believed Odegaard should have had a spot-kick.

Stuivenberg said: "It is a penalty but I am looking for consistency.

"We have VAR in place so why not check yourself as a referee? That did not happen so it is disappointing." 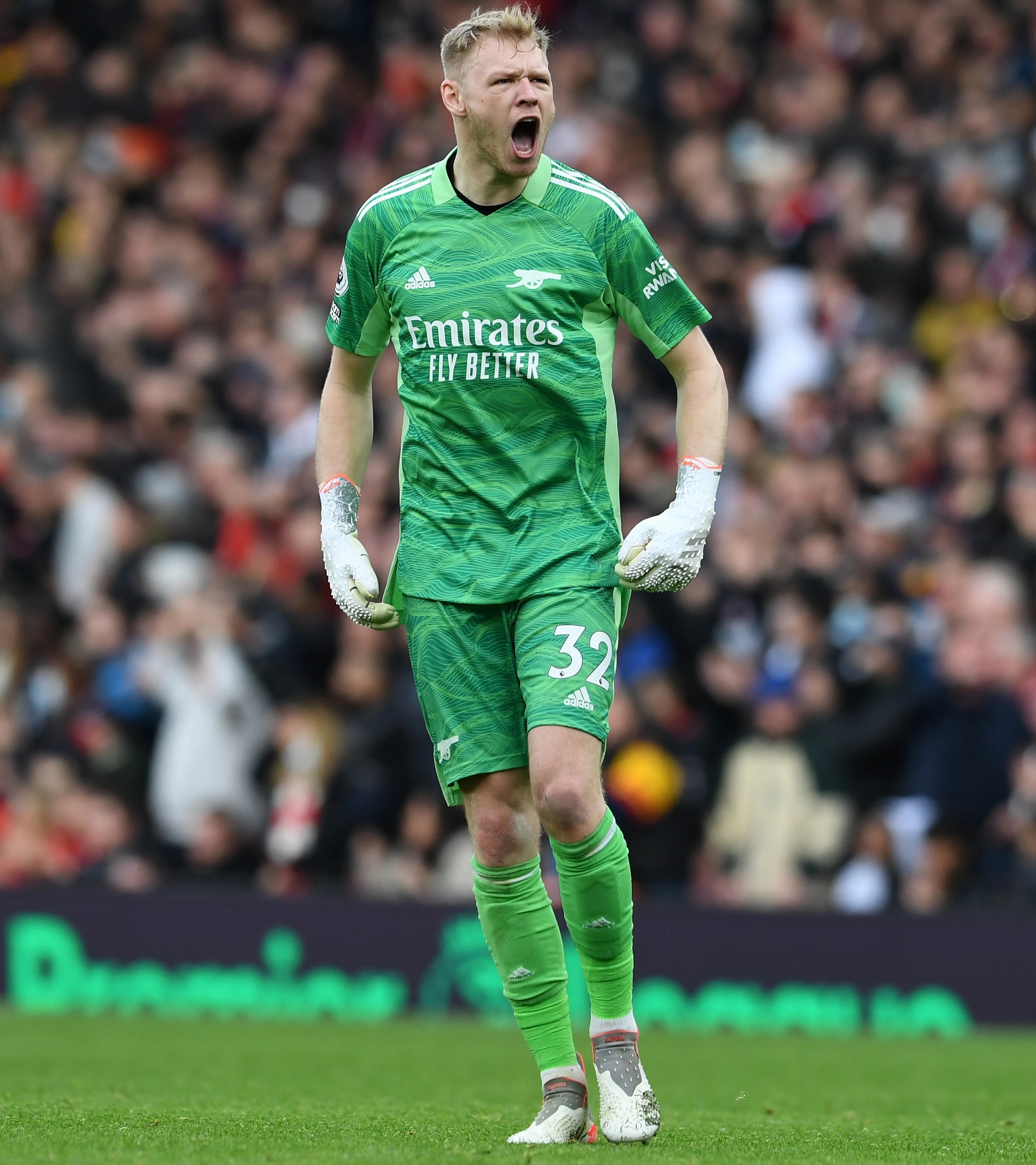