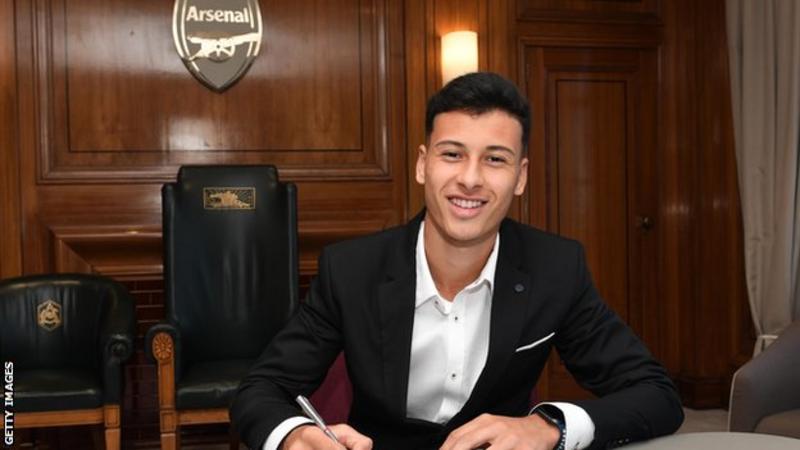 Arsenal have completed their first transfer of the summer with the signing of Brazilian teenager Gabriel Martinelli.

The 18-year-old forward has signed “a long-term contract”, the Gunners have confirmed.

Martinelli has joined from Brazilian side Ituano, where he had scored 10 goals in 34 games after making his debut in 2017.

“I model my game on Cristiano Ronaldo,” Martinelli said.

“He is a player who works hard, pushing himself to the next level. Always in the run for titles and individual trophies.

“This is a dream since I was a child and also my family’s dream for me to be playing in Europe and playing for a big team like Arsenal. I am going to take this opportunity.”

Martinelli was recently called up to train with the senior Brazil national team in preparation for the Copa America.

“It was an amazing feeling, a dream come true, being able to be beside great players,” he said of that experience.

“It is a great opportunity to learn and I enjoyed it as much as I could.”